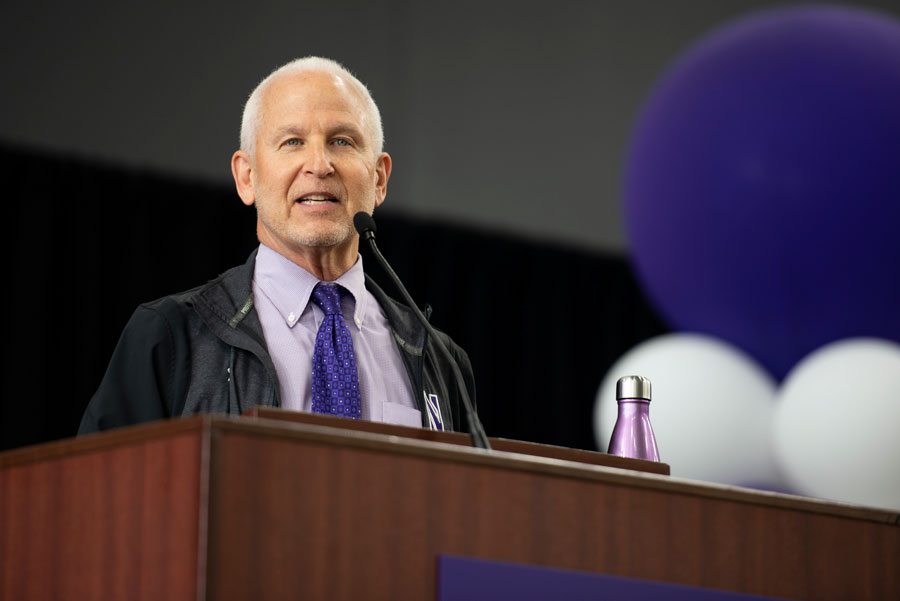 University President Morton Schapiro and other administrators hosted a webinar Tuesday afternoon to explain the rationale behind the changes to Northwestern’s Fall Quarter plans.

On Friday, the University announced an all-virtual Fall Quarter for first- and second-year students as well as a 10 percent tuition reduction for the quarter. Since then, administrators have followed up with two more email announcements detailing clarifications, including exemptions for underclassmen in need of on-campus housing and year-long deferrals.

“I apologize for people who are so angry, and I understand that anger — as a parent and as an educator,” Schapiro said. “I’m the president. If you’re mad, blame me. Don’t blame anybody else.”

One of the reasons Schapiro cited in his decision to “pull the plug” was insufficient on-campus rooms for students.

The University has about 5,000 beds on campus, including Greek housing, Schapiro said. The plan up until last week, he said, was to fill 60 percent of the dorms, or 3,000 beds. He said the University thought that would be sufficient, but with an increase in COVID-19 cases in suburban Cook County, they would not have been able to quarantine students who would’ve tested positive.

Now, the University anticipates upperclassmen and approved first- and second-years to fill about 1,000 beds on campus, Schapiro said.

“Until the middle of last week, I was absolutely convinced we could pull this off,” Schapiro said. “In retrospect, I probably should’ve decided earlier in the week.”