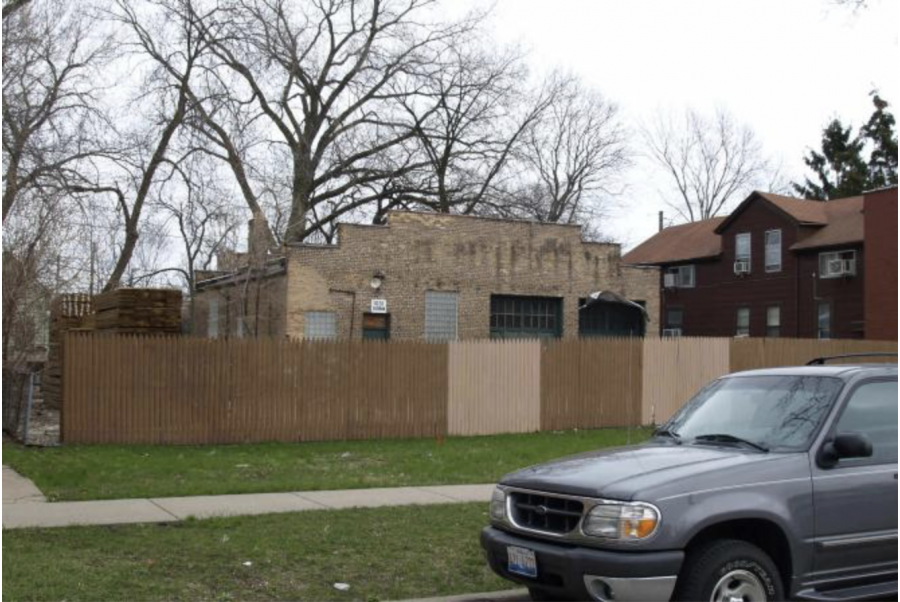 The location of the former residence and express service the Butlers operated on 1031 Sherman Ave.

The former residence and place of business for Cornelius and Barbara Butler has been honored as one of eight African American heritage sites.

The couple’s express service, previously located at 1031 Sherman Ave., is currently a vacant lot. Progress on honoring the sites have been halted due to financial difficulties from the pandemic, according to Ald. Robin Rue Simmons (5th).

The Butler family arrived in the 1880s and were instrumental in creating Evanston’s black community as Reconstruction failed and black families migrated north, according to Dino Robinson Jr., founder of the Shorefront Legacy Center.

The Butlers operated an express service, which was similar to a modern day UPS, according to Robinson. Several generations lived on the site, which included three houses and a garage. The last part of the site, the garage, was destroyed two years ago. The address is currently a vacant lot.

Ald. Robin Rue Simmons (5th) noted the family’s success in multiple businesses. She said they created a legacy for their family and a welcome environment to black people moving into Evanston.

“Unfortunately, (the Butlers) experienced the same struggles we face today: accessing capital, accessing the market place, discrimination and the barriers that come along with the racism that existed then,” Rue Simmons said. “Unfortunately many of the same barriers exist today.”

In addition to their contributions to Evanston as business owners Barbara and Cornelius were active members of Ebenezer AME and Second Baptist churches in Evanston as some of the founding members. Their son, Henry Butler opened a successful livery stable, which is also slated to become an African American heritage site.

According to a Shorefront article by Carol Lems-Dworkin, it is unclear if Cornelius was ever enslaved, but in 1840 he moved from Virginia to Kenosha, Wis. Cornelius and Barbara got married in Kenosha in 1851 and, according to the census, had 12 children. During the Civil War, Cornelius volunteered for the Union. He would later sell his Kenosha farm to move his family to Evanston, where most sources say they arrived in 1881.

Jenny Thompson, director of education at Evanston History Center, said it is important that the city is honoring the site because of the many contributions black resident’s have made to Evanston’s development.

“Telling the specific stories of Evanston’s black business owners and residents is crucial to the city’s historical narrative,” Thompson said. “The Butlers certainly were very prominent residents in Evanston.”

Rue Simmons said it is important for black children to see positive role models within their city through these heritage sites. Learning how black people have contributed to Evanston is also important, she said.

“It is important for us to see ourselves in the history of this city in a positive light,” Rue Simmons said. “It is important that we have school aged residents that are learning about Evanston history and black history. It is an honor to black history that has not been thoroughly shared in Evanston.”