“Chemical Hearts” focuses on loss and love through a teenage lens 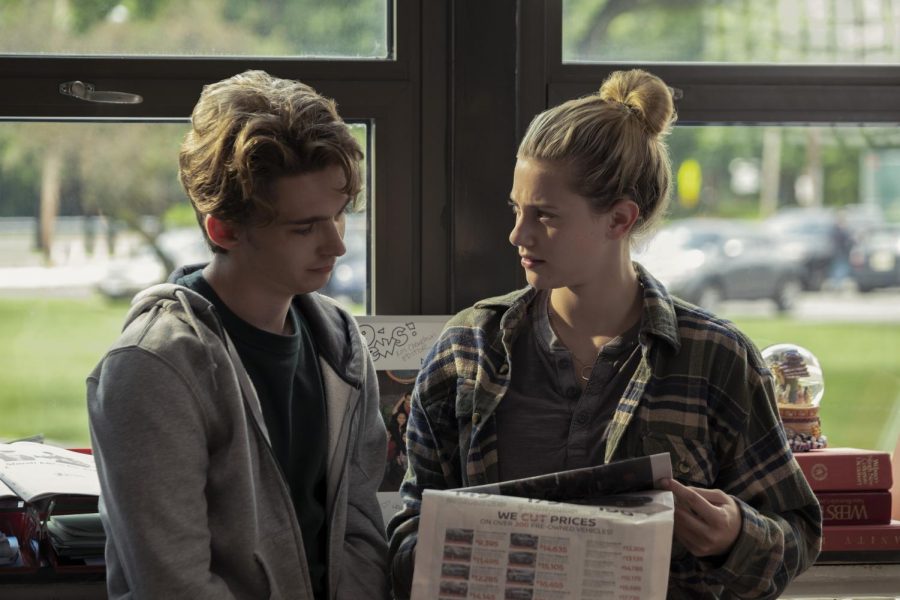 The unrequited love between a hopeless romantic and a girl who has suffered tremendous loss is the center focus of Amazon Studios’ “Chemical Hearts.” Starring “Riverdale” breakout Lili Reinhart and “Euphoria” actor Austin Abrams, this film is not the typical teenage romance story as it tackles the uncertainty and confusion that comes with being a teenager through a tragedy.

Writer and director Richard Tanne said he connected with the story as soon as he read the novel the film is based on. The story brought feelings out of him that shaped the focus of the film — on “crossing the threshold from adolescence into adulthood through pain and loss and heartbreak.”

Growing up, Tanne said he was inspired by famous coming-of-age stories like “Better Luck Tomorrow” and “Rushmore” that also focus on more serious issues. While “Chemical Hearts” is not about a very happy romance, he said it was important to show a story about failure, recovering from that loss and finding a way to move forward.

“I related to that and I wanted to bottle that up, and everything that I did was driven by trying to create that and a sense of truth about that,” Tanne said.

Producer and actress Lili Reinhart was looking for a director to partner with and sent the book to Tanne. Reinhart said she connected very deeply to the book on its first read, specifically the main character Grace, who she played. In the film, Grace deals with grief and trying to find a new path for her life. Reinhart, who has dealt with depression, said she enjoyed pulling from personal experience in this role even though it was difficult at times.

Reinhart said her vision for this film was very specific and wanted the film more “grounded” than typical teen movies and not cliche. Working closely with Tanne gave Reinhart the chance to follow through with her visions and give more input into small details about her character.

“It’s important for me to work with a director who cares about what the actor has to say, specifically about the character, about the mood of the scene, about the feeling, about the dialogue even,” Reinhart said.

“Chemical Hearts” is filled with scenes of raw emotion. One of Reinhart’s favorite scenes is when Henry, the male lead, confesses his love for Grace, but she is not sure if he loves him back. Unlike Grace, Henry lives a simple life of privilege and his relationship with Grace is one of the first challenges he has faced in life.

While they are dealing with issues of different magnitudes, they are both stuck in “teenage limbo” where they feel stuck in their lives. For actor Austin Abrams, he said he was constantly working to best understand Henry and asking Tanne questions about his character. He said they tried to follow through with the most realistic route, even if they were not the most desirable for the audience member.

“What we were trying to do was present these characters as honestly as we could,” Abrams said. “There are things that someone can take away that I didn’t even think of. It’s going to be different for everyone. I don’t have a desire of what I want someone to take away from it.”