Wrestling: Northwestern set to be led by All-American Ryan Deakin 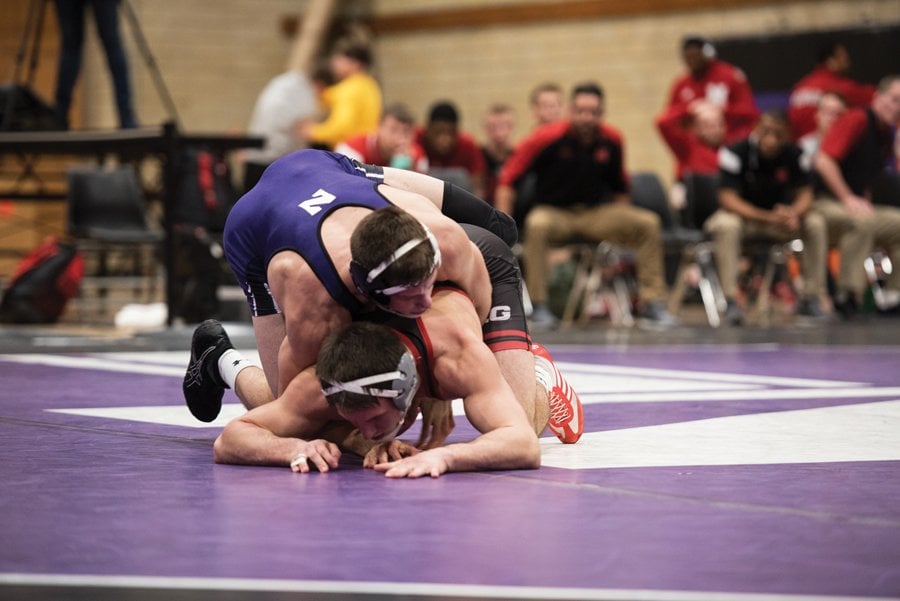 Ryan Deakin wrestles an opponent. The redshirt senior was the No. 1 ranked wrestler in the country at 157 pounds last season.

For most of the 2019-20 season, Northwestern was led by one of the best 1-2 combinations in wrestling: Sebastian Rivera at 133 pounds and Ryan Deakin at 157 pounds. The two were brilliant: Rivera won his second individual Big Ten title despite an injury-riddled campaign and Deakin finished with an unblemished 21-0 record, a Big Ten title and was a finalist for the Hodge Trophy.

Both were slated to be the No. 1 seeds in the NCAA Championships before COVID-19 canceled the tournament and eliminated their shots at eternal glory. However, both were only redshirt juniors, meaning they have one more chance to stand atop the NCAA podium in purple and white.

But Rivera has left the program, returning to his native New Jersey to finish his final collegiate season with Rutgers, marking Deakin as the undisputed best wrestler in the program. While Rivera is irreplaceable, there is still a lot of talent on the Wildcats behind Deakin with redshirt juniors Michael DeAugustino and Lucas Davison headlining the group.

DeAugustino was named a NWCA first-team All-American at 125 pounds after finishing with a 21-8 record last season, and Davison was a NWCA All-American honorable mention at 197 pounds.

Northwestern’s top-heavy team propelled it to a No. 6 spot in InterMat’s Team Tournament Rankings in the winter, despite it not even placing in InterMat’s Dual Meet Top 25. With Deakin, DeAugustino and Davison back this year, the team’s best wrestlers will be All-American contenders. But in the other classes, wrestlers will need to step up to turn coach Matt Storniolo’s squad into an all-around competitive machine.