Women’s Soccer: Northwestern needs a source of offense if it wants to bounce back this season 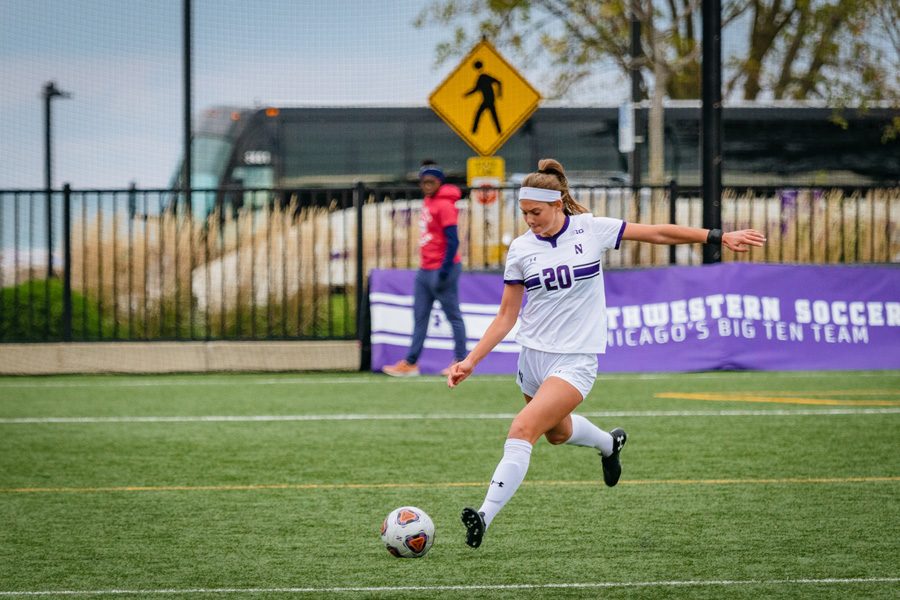 Collegiate soccer is cyclical. Teams grow and win together. They build relationships with coaches and bond as individual classes. And then they graduate, leaving younger players to grow into their cleats. That’s where Northwestern found itself last year, a program grappling with the loss of 10 seniors, including leading goal scorer Brenna Lovera and defensive stalwart Kayla Sharples.

Ten players made their NU debuts in an opening night shutout loss to SMU. They spent the rest of the season finding their footing at the collegiate level, finishing the year at 5-10-3. The 2019 Cats couldn’t score; they mustered just 15 goals in 18 games, compiling about eight shots per game. It’s a far cry from the previous season, when a group of veterans scored 21 times and allowed just 13 goals against all season. That squad averaged over 11 shots per game, bossing opponents around en route to a 10-5-4 record and an appearance in the NCAA Tournament.

The first order of business for this year’s team is finding a reliable striking presence. NU relied on Lovera’s team leading eight goals in 2018, and on the playmaking presence of Marisa Viggiano. With both gone last year, only Regan Steigleder, Reilly Riggs and Mikayla Hampton even scored twice. No one had more.

Defense was a concern too. The Wildcats allowed 27 goals against last year, more than doubling their total from the previous season. But the number of shots they gave up stayed roughly the same, down to 212 from 213 in 2018. It’s a confusing metric, but the numbers suggest Northwestern should rebound nicely on the defensive side of the game — especially as the team matures.

They’re not all rookies anymore — 25 players are back from last year’s team, including six seniors. An experienced squad is coming back to Lakeside Field. There’s an infusion of youth too. Nine newcomers are joining ahead of this season, including Arizona transfer Hallie Pearson, who comes with two remaining years of eligibility.