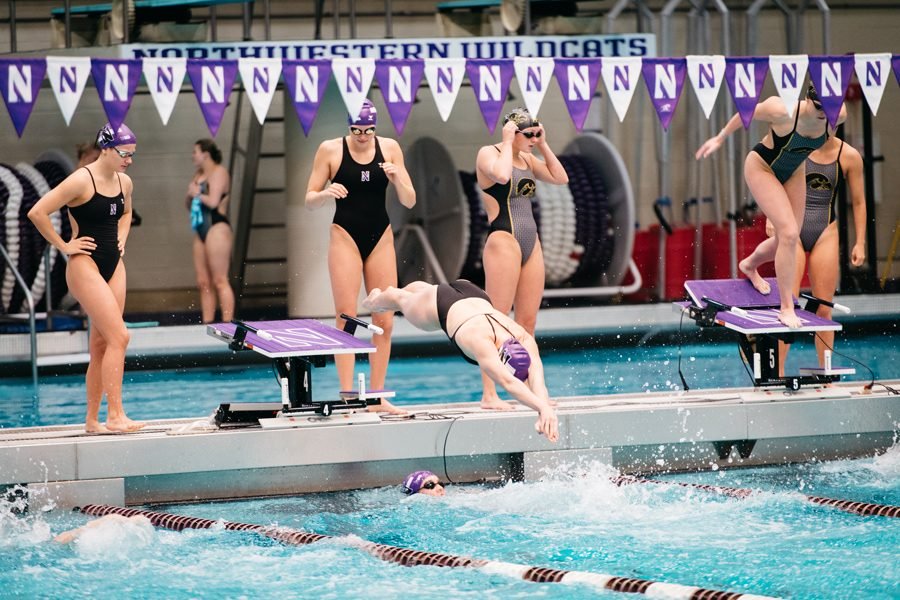 A Northwestern swimmer leaps into the water.

For several years, both Northwestern swimming programs had predictable results. The women would finish right in the middle of the Big Ten, while the men would be second to last, with Michigan State saving the Wildcats from the cellar.

But last season, both the women and men took big steps forward. The women moved from seventh place to fourth, their highest finish since 2002; and the men moved up from ninth to fifth, their best mark since 2007.

NU paid the price for its success, however — coach Jeremy Kipp, after just two seasons in Evanston, left to take the top job at USC, where he had previously been an assistant for eight years.

The Cats promoted from within to replace him, elevating associate head coach Katie Robinson to head coach. Robinson is just the second female to lead a combined men’s and women’s Power-5 conference program. She was previously the head coach at Tulane and an assistant with Pacific, Virginia and Rutgers.

Robinson will have plenty of talent at her disposal. NU had 13 All-Americans on the women’s team last year and seven on the men’s side. Senior Calypso Sheridan won Big Ten titles in the 400-yard individual medley and the 200-yard breaststroke, and junior Markie Hopkins took home the championship in platform diving.

Competing with the likes of Indiana, Michigan and Ohio State in the Big Ten will be tough, but the Cats are clearly trending in a positive direction. With Sheridan and Hopkins leading the way for the women, and senior DJ Hwang and junior Ryan Gridley doing so for the men, NU is on the rise and hoping for further improvement in 2021.