Hitting the right note: A guide to Northwestern’s a cappella scene 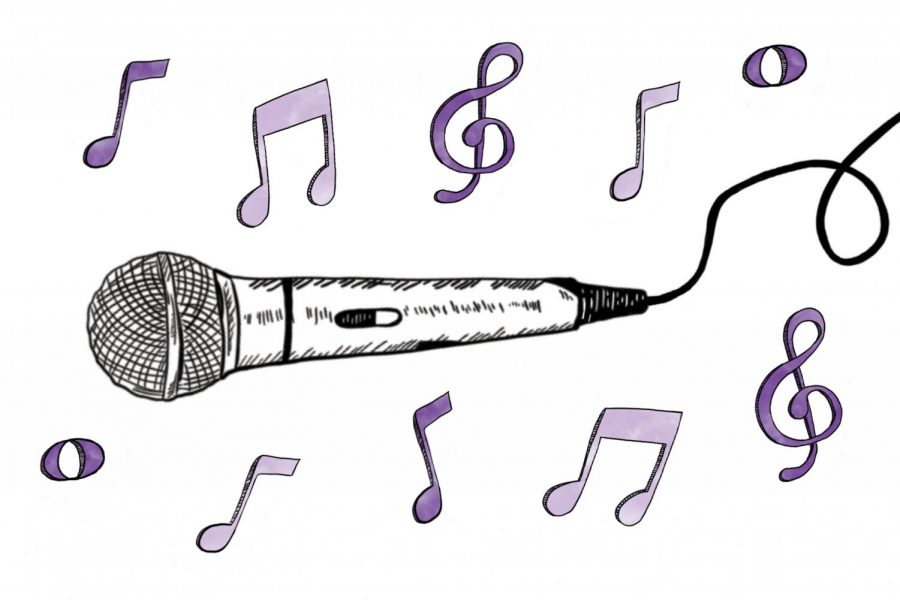 Northwestern has 14 a cappella groups for students with varying interests. Students can audition to join in the fall.

As incoming freshmen look to hit the right note as they begin their first adventures at Northwestern, an a cappella group presents a chance to make new friends — and do so in harmony. However, in NU’s vast a cappella landscape, it can be hard to know where to start. So we’re going to break it down for you.

NU has 14 a cappella groups in total, and they vary in intensity, composition and intent. Some groups compete in hopes of making it to the International Championship of Collegiate A Cappella. They attend competitions throughout the year as they try to get through to the finals. Others just perform for fun, putting on shows on campus, sometimes in conjunction with groups from NU or other schools.

To figure out which groups you might be interested in, we’ll also explain some of what makes each one unique, and from there, you can make your decisions. It’s in your hands now.

Asterik: No, that’s not a typo — the group’s name is spelled with only one “S.” Asterik, one of only two all-male groups on campus, is known for the spelling of their name, among other things. The group doesn’t perform in competitions, but will put on themed shows, including one this year centered around songs from TikTok.

Extreme Measures: Extreme Measures is one of NU’s 10 co-ed groups. They often perform in joint shows with Asterik, and don’t compete. The group performs themed shows, as well as charitable shows in the Chicago area.

Freshman Fifteen: If you see a group of guys walking across campus in green bowling shirts, that’s more than likely Freshman Fifteen. Known as F15 for short, this group is definitely not just freshmen, and is one of the all-male groups. Each year, they do a breakdown of popular songs from the summer, and the group will occasionally release albums.

Harmony in Spirit: Harmony in Spirit is a Christian a cappella group, one of two religion-centered groups in NACCA. The group is co-ed and non-competitive, and performs a mixture of secular and religious songs, often themed around a Christian message.

Purple Haze: Purple Haze is one of three groups in NACCA that participates in competitions. The group mainly performs pop music, and is co-ed. Each fall, Purple Haze hosts a Best of the Midwest showcase, collaborating with other collegiate a cappella groups. The group also tours both domestically and internationally, and has released nine studio albums.

ShireiNU: Self-described as “Jew-ish,” ShireiNU is the other religion-related a cappella group on campus. While you don’t have to be Jewish to join, the co-ed group blends Jewish music and pop songs during performances. ShireiNU does not compete.

Soul4Real: Soul4Real is NU’s premiere black a cappella group. The co-ed group often puts on performances at the Black House, and features songs by a variety of black artists. Soul4Real does not participate in competitions.

Tempo Tantrum: Tempo Tantrum is an a cappella group geared at people with lower vocal ranges. Intended to highlight tenors, baritones and basses, the group emphasizes the importance of technique in singing. Tempo Tantrum is co-ed and does not compete.

THUNK: Best known for their viral cover of “River” by Bishop Briggs from 2017, which currently has about 10 million views, THUNK is another of NU’s co-ed, non-competing groups. They occasionally host shows with Freshman Fifteen. Performers wear black at all their shows, and once every other year, the group goes to South Africa for music education volunteer work.

Undertones: The Undertones are the last competing group on campus, and they wear blue at all their performances. The group is more theatrical than most, and is co-ed. Notably, the Undertones performed at the White House in 2016.

X-Factors: The X-Factors are the last co-ed group on campus, and they often perform popular music. The group focuses on inclusivity, and guarantees each member a solo at some point throughout the year. They don’t compete, and wear pink at all their performances.

Now that you know more about all the a cappella groups on NU’s campus, you’re as prepared as you can be to make your decision of which groups you’ll audition for. The rest is up to you, so good luck at your auditions!

– Podculture: For some campus a cappella groups, competition takes a backseat to craft

– NU Declassified: An inside look at Northwestern a cappella groups