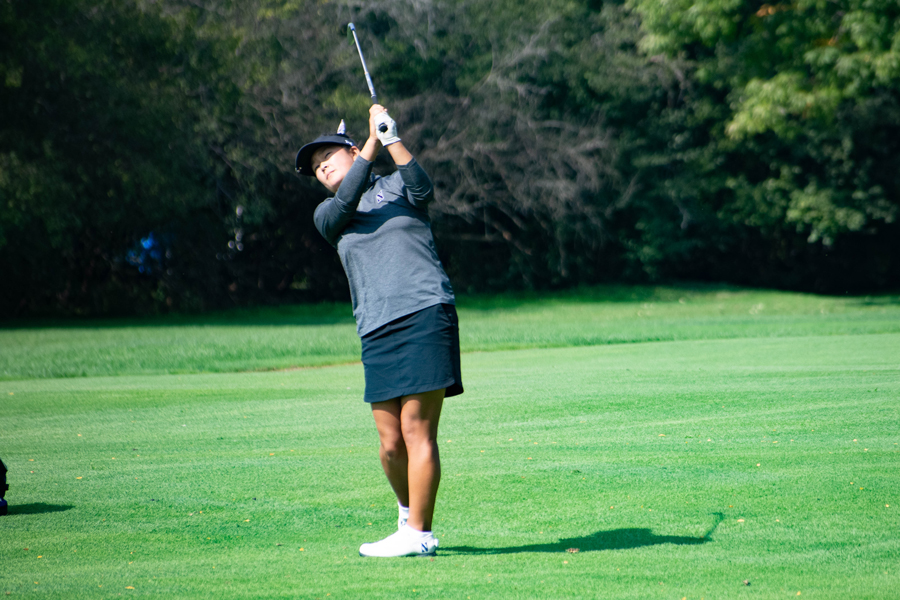 Irene Kim at the Lady Puerto Rico Classic in February. After being named Big Ten Women’s Golf Freshman of the Year, Kim is expected to have a strong sophomore season.

On March 6, Northwestern traveled to Hilton Head, South Carolina, to participate in the Darius Rucker Intercollegiate tournament. After a 16th place team finish, the Wildcats were prepared to rebound in time for the Big Ten Championship and NCAA Regionals. They never got that opportunity due to COVID-19.

As the team looks for an opportunity to make a mark on the upcoming season, they will turn to their returning players, especially sophomore Irene Kim and junior Kelly Sim. Kim, who was named Big Ten Women’s Golf Freshman of the Year, will return for her sophomore season coming off an individual tournament victory at the Lady Puerto Rico Classic in February.

With a score of 280, the Cats’ final round of the tournament secured their overall team win in Puerto Rico. The round was the seventh-best round in program history. Less than two weeks later, Sim’s first place individual finish at the Bruin Wave Invitational led the team to tie for third place overall with Oregon.

The Cats, who are one of just two teams in the country to consistently place in the top 15 in the last seven years of the NCAA Championship Tournament, will look to continue this tradition of success in their upcoming season.