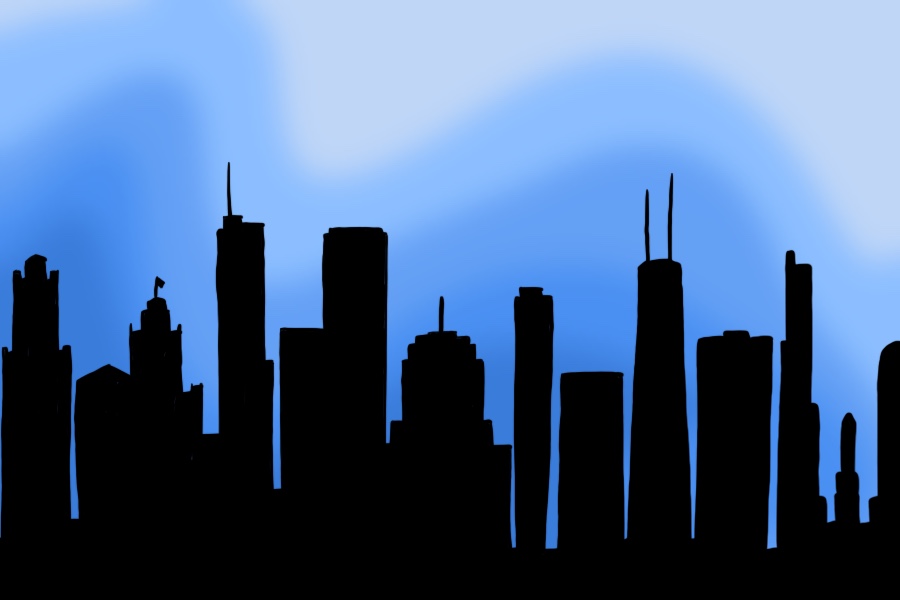 Chicago has 77 “community areas,” each made up of several neighborhoods. Very broadly, the city is divided into the North Side, the South Side and the West Side. The Northwestern Evanston Campus is bordering the far North Side of Chicago, specifically the community area Rogers Park. (Illustration by Emma Ruck)

Chicago has 77 “community areas,” each made up of several neighborhoods. Very broadly, the city is divided into the North Side, the South Side and the West Side. The Northwestern Evanston Campus is bordering the far North Side of Chicago, specifically the community area Rogers Park.

Chicago: Your starter pack to living, studying and working next to the country’s third-largest city

But students can and should frequently engage with the city, while following current health and safety protocols. Whether you are local to the area or moving here for the first time, here is a guide to get you started on what is hopefully a long term journey of learning from and alongside Chicago.

A city of neighborhoods

Chicago has 77 “community areas,” each made up of several neighborhoods. According to Jessica Saffold (SESP ’19), these sections define the character of the city.

“At the heart and soul of Chicago, really, is the neighborhoods,” said Saffold, who was a facilitator for the former preorientation program the Chicago Undergraduate Program.

Each of these community areas has a distinct name. Rogers Park is the northernmost community area and is the part of Chicago that borders Evanston. NU’s Chicago Campus is in the Near North Side community area.

The City is often referred to by “sides” — very broadly the South Side, the North Side and the West Side. Lake Michigan is to the east of Chicago and Evanston.

So, is local government divided by these “community areas”?

Not quite. Here’s how it works:

The city government of Chicago has two branches: executive and legislative. Chicago Mayor Lori Lightfoot is the chief executive. The legislative branch is the City Council, made up of aldermen, each representing one of the 50 Chicago wards.

Chicago is more than the Loop.

You may have heard people repeatedly refer to “the Loop” when talking about Chicago. It’s famous for housing the Willis Tower (formerly Sears Tower), the Cloud Gate sculpture in Millennium Park (some call it “The Bean”), Grant Park and the Art Institute of Chicago. While this neighborhood has sometimes become synonymous with “downtown Chicago” and it is a famous and vibrant area, it really is only one small part of a very large city.

How do I get into the city?

The bad news: Despite billboards advertising “Chicago’s Big Ten Team,” NU is not, in fact, in the city of Chicago.

The good news: the Chicago Transit Authority, or the CTA — the public bus and train service in Chicago —  runs directly into Evanston.

Colloquially known as the “L,” the elevated train system is broken into several “lines,” denoted by colors. The Purple Line has several stops in Evanston. From the Purple Line, you can transfer to other lines that will take you to different parts of the city.

Several bus routes stop in Evanston with direct transit into the city. A good app for tracking CTA routes and schedules is Transit Stop.

If you are trying to get to the Streeterville area, where the Chicago Campus is, the Intercampus Shuttle runs five days a week, with adjusted hours due to COVID-19 from the Evanston Campus to the Chicago Campus. The schedule is available online and fare is free with your WildCARD.

The CTA has adjusted maximum capacities to create a safer experience for riders during COVID-19 and asks riders to maintain a safe distance of six feet from one another and wear face coverings.

What should I do for fun?

These recommendations are COVID-19-pending. Stay up-to-date with local regulations and restrictions as well as NU-specific regulations before making any plans.

Art and education: Here is a handy list of museums to get you started: the Field Museum, the Shedd Aquarium and the Adler Planetarium (all located right next to each other); the Art Institute of Chicago; the Museum of Contemporary Art (free admission for NU students); the Museum of Science and Industry and the DuSable Museum of African American History (on the South Side — Hyde Park and Washington Park, respectively); and the National Museum of Mexican Art (West Side).

Theatre: Not only does Chicago have some of the most famous regional theatres nationwide, but it is home to one of the most vibrant “storefront” theatre scenes — smaller, lower-budget playhouses. Steppenwolf Theatre, Lookingglass Theatre and the Goodman Theatre are major regional theatres in Chicago. If you’re interested in checking out smaller, storefront theatres, A Red Orchid is a good place to start. And for laughs, check out The Second City in Old Town for improv-based sketch comedy. A trip there will also allow you a look at the place where many Northwestern alums, like Julia Louis-Dreyfus (Communication ’83) and Stephen Colbert (Communication ’86), got their starts.

Shopping. The Magnificent Mile is a section of Michigan Avenue in the Loop and the city’s commercial district. It hosts landmarks like the Chicago Water Tower and is easily accessible from the Chicago Campus. For thrift shopping, check out Wicker Park in West Town.

Boystown. Described by tourism website Choose Chicago as the “oldest officially recognized gay neighborhood in the United States,” Boystown is a great stop for dining, nightlife and supporting LGBTQ-owned businesses and LGBTQ community.

How can I stay civically engaged?

The Center for Civic Engagement on campus has an array of curricular and co-curricular programs that can connect students to civic life. Affiliated programs include Engage Chicago, a for-credit summer field study program, and a certificate program in civic engagement.

CCE Acting Director Rob Donahue emphasized that students need to not only learn near Chicago, but also learn from it.

Val Buchanan is NU’s assistant director of leadership development and community engagement. For students who want to engage with the Chicago community, Buchanan highlighted ONE Northside, an organization dedicated to eliminating injustice through grassroots organizing on the North Side, and My Block, My Hood, My City, which works to provide opportunities to under-resourced youth.

Buchanan encourages any students interested in ways to stay engaged with the Chicago community to reach out to her directly.

Above all, living near Chicago will provide some great opportunities over the next four years, should you choose to pursue those. And as Donahue emphasized, that opportunity comes with a degree of responsibility.

“Being a responsible and engaged citizen requires some humility,” Donahue said. “We want students to take advantage of the city, but I really do believe wisdom is recognizing how much you don’t know, versus having all the answers.”