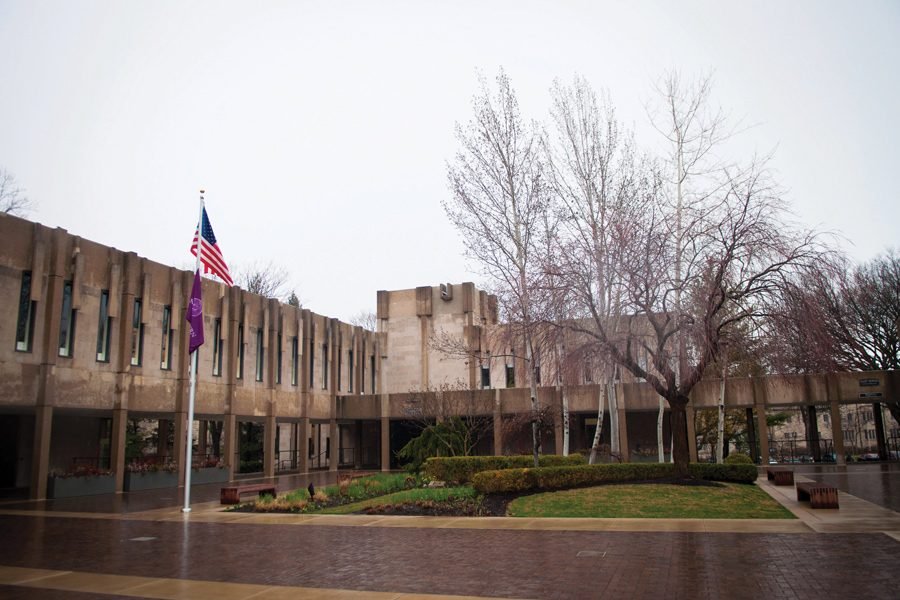 Representatives from the Graduate Leadership and Advocacy Council hosted a town hall Wednesday to allow members of the graduate student research community to voice concerns, comments and suggestions for the University’s current and future COVID-19 policies.

GLAC representatives have been in contact with key administrators responsible for the University’s COVID-19 response, including Kelly Mayo, interim dean of The Graduate School, Milan Mrksich, vice president for research, and Luke Figora, senior associate vice president and chief risk and compliance officer.

The committee meets with administrators every other week and is composed of “a growing number” of graduate students and postdoctorates to allow researchers to give their input on the University’s COVID-19 safety policies implemented in their on-campus workplaces, according to a GLAC email. GLAC’s committee has been the direct line of communication between researchers and senior administrators regarding these issues, according to the email.

“We are asking the administration to be clearer in their communication with researchers and to be more transparent with their policies and decision making,” the group wrote.

Workplace safety is one of the concerns the council cited, according to Ph.D. candidate Jacob Kupferberg, a member of GLAC.

According to Kupferberg, 50 percent of those surveyed said they felt unsafe returning to their workplace and conducting research in person. Reasons for this sentiment, he said, include insufficient methods of notification and contact tracing, publication transportation concerns and undergraduates returning to campus next month.

“People have mentioned there’s been.. lack of transparency about the decision making of making these policies for us to go back to work,” Kupferberg said. “As well as a lack of concern about students’ health because we are young and therefore should be fine, which we know is not necessarily a guarantee.”

Another major concern of graduate and postdoctoral researchers included workplace coercion and the pressure to work. Mrksich has previously stated to the community that researchers do not have to return to campus if they feel unsafe.

GLAC representatives noted that while most principal investigators are understanding of the circumstances, some researchers may not feel comfortable advocating for their own safety in fear of retribution. Some students in the town hall mentioned they had witnessed members of their laboratory not complying with the mask-wearing policy, for example.

Ph.D. candidate Andrew Wang said though there is a mechanism for anonymous reporting of noncompliance, anonymity is not guaranteed especially because reports would no doubt be tied to the few people that researchers come in contact with daily. However, GLAC representatives pointed out that the University does have a policy prohibiting retaliation against members of the community for reporting “in good faith” on wrongful or unlawful activity.

Some GLAC members also voiced concerns that all undergraduate students were getting tested for COVID-19 before returning to campus whereas graduate and postdoctoral students are not.

“Because (undergraduates) come from various states or countries, and therefore we don’t know what their exposure risk is — it’s much, much higher than the graduate students’ risk who are already on campus,” Wang said. “It’s a very interesting critique and something we will look into further.”

A Ph.D. candidate, who chose to remain anonymous, touched on the University’s return to lab safety plans crafted prior to when graduate students and postdoctorates returned to in-person work this summer. They said PIs were instrumental in writing these plans for each individual department, not department heads, and questioned why there was no third party review in place for these plans.

Though PIs understand COVID-19 protocol and research, they said PIs are not public health experts nor aware of what’s “actually safest” in a pandemic.

“It’s like this never-ending cycle of department chairs getting the last word and everything being at the expense of grad students,” they said. “I would still like to push, even though we’ve been working in labs for months now, for a third review of those safety plans and for more transparency around them.”

Correction: This article was updated to clarify that Northwestern has a mechanism for anonymous reporting of noncompliance. A previous version of this story included the name of a Ph.D. candidate who wished to remain anonymous. The Daily regrets the errors.

— TGS extends milestone deadlines, though policy shift “does not imply a funding extension”