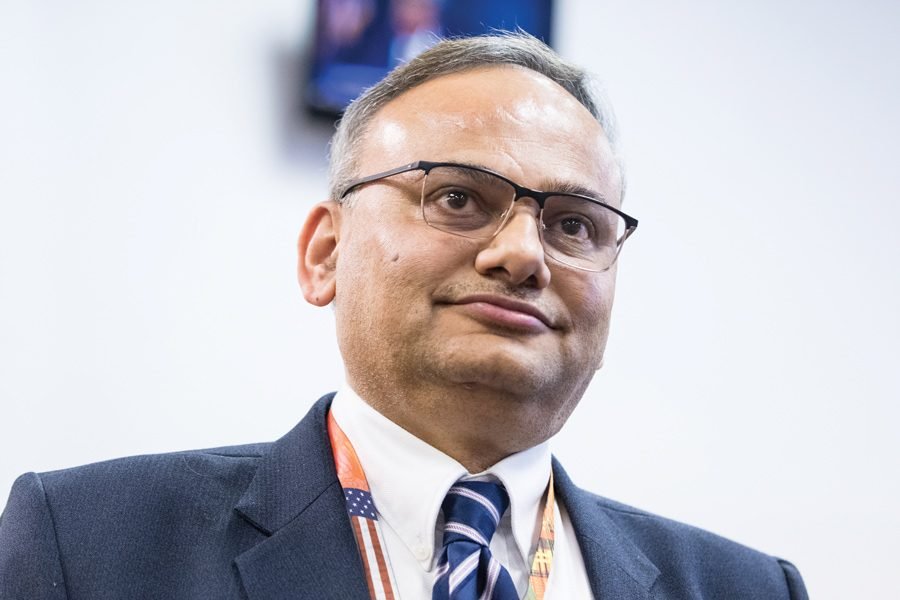 Lewis-Lakin said the city is most concerned about Northwestern’s football season. The staff has already taken a conservative approach in its predictions, but is expecting that the city will lose out on all athletic tax the football season would usually bring in.

“Of course there will be ripple effects into our other revenue sources if football season does not take place,” Lewis-Lakin said. “We’re assuming lower use of hotels (and) lower sales tax revenues, sort of across the board, through the end of the year, so we’re not sure we’re going to see a major impact that we weren’t already projecting.”

The city staff is also concerned about the impact of an expected drop off in Northwestern’s fall student population, as well as a spike in COVID-19 cases and ongoing working from home for downtown offices.

According to Desai, Evanston’s projected revenue shortfall remains at around $12 million. Expense reductions come out to $8.3 million, including around $600,000 received from Cook County’s Coronavirus Aid, Relief, and Economic Security Act funds. There is a budget surplus of $1.6 million and a projected year-end deficit of $2.1 million. Even with the deficit, Desai said staff predicts that Evanston’s year-end balance will come out to $13.2 million.

As of June, Evanston earned $52.2 million in revenue, falling short of the 6-month budgeted revenue of $57.9 million. The revenue also falls short of last year’s six-month prediction of $60.5 million, but Desai said staff had predicted this year’s revenue to be lower even prior to figuring in the impact of COVID-19.

The pandemic has also negatively affected sales and income tax. Since staff has only accumulated data through June, data telling whether Evanston has recovered revenue lost in June will be available in the upcoming months. June’s year-to-date expenses come out to $54.8 million, and the budgeted six-month expenses were $57.1 million, according to Lewis-Lakin. Although there is $2.3 million in savings to the city budget, Lewis-Lakin said revenue losses outpace those savings.

As for COVID-19 relief, Evanston will receive a contact tracing grant, grants from the National Association of County and City Health Officials, as well as relief funding through the federal coronavirus stimulus package. The city has also confirmed it will receive Community Development Block Grants and Emergency Solutions Grants. In total, the grants add up to between $3.5 and $3.6 million in funding that Evanston will receive on a reimbursement basis. Evanston is also in the process of applying for Federal Emergency Management Agency Public Assistance Grants.

Mayor Steve Hagerty expressed gratitude for Lewis-Lakin and the rest of the city staff’s work pertaining to these grants and said that it is good news for Evanston.

“Part of recovering after something terrible like a pandemic… is, you know, obtaining all of the federal funding that you’re entitled to under these very complex federal rules,” Hagerty said. “And while many people in our community know (individuals working in the Department of Public Health), another part of this recovery is getting all of these federal funds, and (Lewis-Lakin) is our point person… It’s not something we all think about, but it’s critically important to getting us back on our feet.”

Lewis-Lakin said staff hopes to present a proposed 2021 budget in October, but as of now, they preject around a $4 to 6 million revenue loss and ongoing effects of the COVID-19 pandemic. Staff will also be hosting 2021 budget community conversations in September focused on a variety of topics.