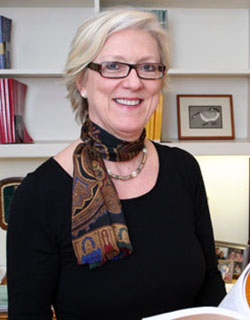 Lindsay Chase-Lansdale, who has served as the inaugural vice provost for academics since December 2017, is stepping down from the Office of the Provost on August 31, according to a Monday news release.

Chase-Lansdale will return as a full-time faculty member in the School of Education and Social Policy, where she serves as the Frances Willard Professor of Human Development and Social Policy and works as a faculty fellow in the Institute for Policy Research. She had previously held the role of associate provost for faculty, having joined the Provost’s Office in 2013.

“It has been inspiring to be part of new relationships that show significant trust and communication,” Chase-Lansdale said. “I have found my seven years in the Office of the Provost to be very meaningful, challenging and rewarding.”

During her time in the Provost’s Office, Chase-Lansdale spearheaded many faculty-oriented initiatives which led to the establishment of two leading research facilities: the Institute for Sexual and Gender Minority Health and Wellbeing and the Institute for Innovations in Developmental Sciences.

She also launched the Provost’s Advisory Council on Women Faculty, which created initiatives for faculty mentoring, recruitment and retention, and examining and revising faculty policies to “enhance equity.”

“The projects and initiatives she has led throughout her tenure have been integral to our work,” Interim Provost Kathleen Hagerty said. “Most recently, I am especially grateful that she once again stepped up by taking on additional responsibilities during the pandemic.”