Allen: Black Lives Matter is political — because Black Identity is too 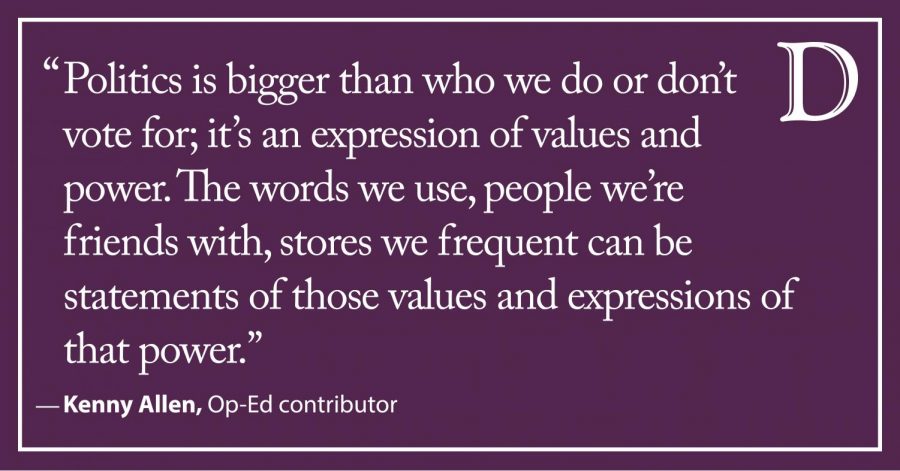 When people say that race is a social construction, the concept can be a bit abstract. The racial categories that we’re familiar with have boundaries and definitions that are not based in biology, which means that our understanding of those categories is dependent on the context in which we exist. I’ve grown up in America as a Black person, but would think of myself differently if I grew up in almost any other place. This isn’t to say that the categories have no meaning just because they aren’t natural. The racial disparities in outcomes and experiences are very real. As we look to change those disparities, we have to understand that the idea of Blackness — along with its boundaries — has been created and changed in order to serve certain aims. The existence of the category itself is political.

Starting with the Three-Fifths Compromise, the question of who counts as Black has always been important to understanding who wields power in this country (but they weren’t even called Black yet). A clearer example of how those boundaries dictate who has access to citizenship is the one-drop rule. The rule was that anybody who has “one drop” of Black blood counts as Black. This means that someone with an entirely white family tree except for one Black ancestor counts as Black. In the middle of the 20th century, when this rule reached the height of its prominence, oppression of Black people was legally recognized. Having a child with a person that had any Black lineage meant that your child could, in the eyes of the law, be subject to the same discrimination that Black people faced. With that in mind, the rule’s existence had a clear purpose: to mark Black people as a group that non-Black people should stay away from. And with proximity to Blackness as something to be avoided, this idea helped elevate proximity to whiteness as something to be desired. The one drop rule is just one of many examples in which the act of categorizing people by race has privileged one group over others.

In the past few weeks — as my social media feeds have been flooded with social justice messages — I’ve seen some people claim that “Black lives matter” isn’t political because it’s instead a matter of human rights. But how could that statement be apolitical? Any time Black lives are mentioned, the history of power as it relates to deciding who is and isn’t black becomes relevant. When people insist otherwise, they’re ignoring that any mention of Blackness is political. Black is not a category found in the natural world; it is a label that has been built over time and carries real significance.

Additionally, saying the words isn’t enough. Even if everybody in the country suddenly said the words, violence against Black trans women would continue, a third of Black children would still grow up in poverty, and we’d still be living through a pandemic where Black people are almost four times more likely to die of the virus than white people. In order to prove that Black lives matter, changes must be made through political means. And those changes have to be much bigger than convincing people that the phrase “Black lives matter” isn’t offensive.

Politics is bigger than who we do or don’t vote for; it’s an expression of values and power. The words we use, people we’re friends with, stores we frequent can be statements of those values and expressions of that power. Black Lives Matter is a human rights issue but that doesn’t prevent it from being a political one too.

Kenny Allen is a Weinberg senior. He can be contacted at [email protected] If you would like to respond publicly to this op-ed, send a Letter to the Editor to [email protected] The views expressed in this piece do not necessarily reflect the views of all staff members of The Daily Northwestern.

Clarification: This article has been updated to reflect the author’s opinion that Black is not a category found in the natural world.