State Rep. calls for a diverse history curriculum and the suspension of Illinois history classes until that is achieved 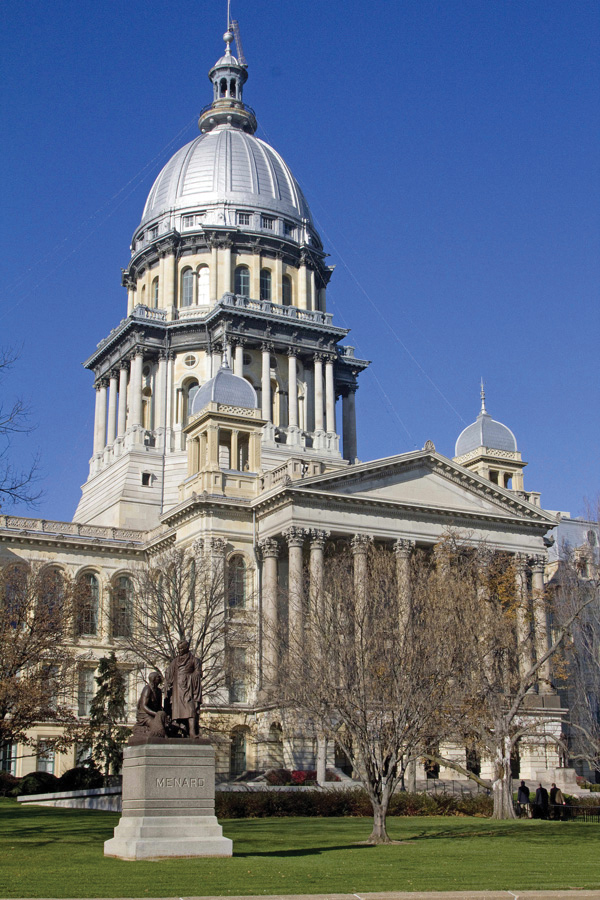 The capitol building in Springfield. House Bill 4954 passed before the Illinois House Committee in March with 14 in favor and 7 opposed.

State Rep. La Shawn Ford (D-Chicago) called for the replacement of history classes with civics lessons until the state’s curriculum and textbooks are updated to be adequately diverse as he stood alongside Evanston community leaders at a press conference Sunday.

The event, co-hosted by Evanston resident Meleika Gardner, was a follow-up to a June press conference regarding Ford’s bill that, among other things, would amend the Illinois School Code to mandate black history in K-12 education. This time, the conference discussed a curriculum that highlights a wide array of minority experiences.

“Current history teachings lead to white privilege and a racist society,” Ford said. He went on to mention the white family that sunbathed Wednesday in front of a Confederate flag towel on Lighthouse Beach.

Ford was joined by educator LaShandra Smith-Rayfield, who addressed the sunbathers and filmed a video that went viral. Smith-Rayfield said education shapes a society in the way that “you are what you eat” — the narratives students are exposed to shape their worldview. She added that proper education allows students to provide evidence for their beliefs and claims.

“How can we live in a country with so much hate?” she asked. “It’s because we don’t understand each other. We don’t uphold each other.”

In this way, Ford has framed the demands of the bill as a tool to combat systemic racism. But many speakers emphasized how teaching history with an emphasis on non-white experiences is not just an anti-racist action, but is, simply, the only accurate account of history.

Mayor Steve Hagerty spoke at the conference, saying specific thoughts on curriculum were out of his mayoral specialty, but expressing support for the bill and denouncing white-washed histories that “unfairly favor people like me.”

To fund updated curricula, Ford said publishing companies should refund the purchase of previously used texts telling narrow and white-washed histories — something many speakers, including ross, called a miseducation.