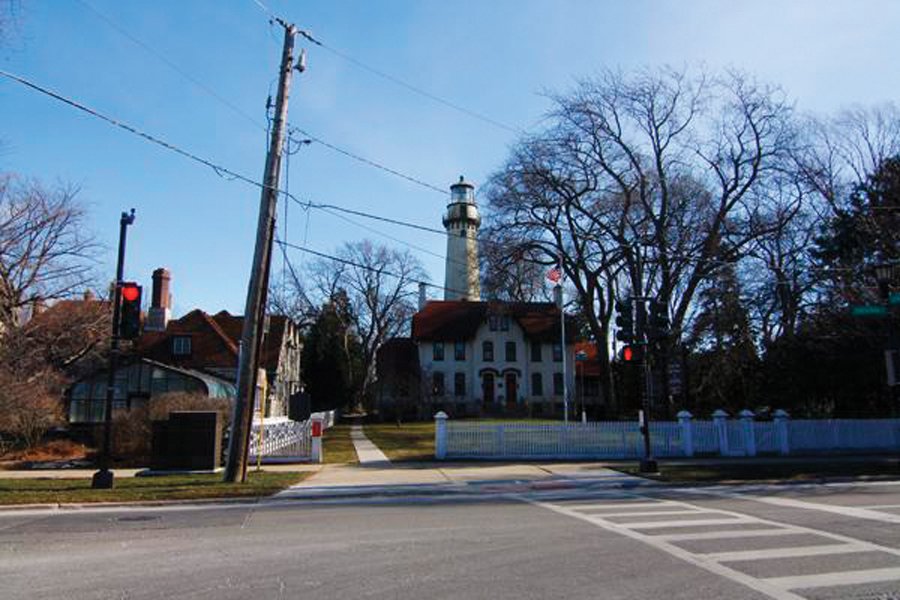 Visitors displayed a Confederate battle flag towel at Lighthouse Beach on Wednesday, which has resulted in outrage from local residents.

“This is where I live. This is on my beach,” Smith-Rayfield said in the beginning of the video. “Since we get to be out here, and freedom of speech, right? This is where we are. This is Lighthouse Beach. I happen to be the only black person on the beach, and I can’t feel comfortable in my own neighborhood.”

The Confederate flag has been spotlighted in recent news. NASCAR banned the flag in June because it was “contrary to our commitment to providing a welcoming and inclusive environment for all fans, our competitors and our industry,” according to a statement. The Pentagon effectively banned the flag in military installation without explicitly mentioning “Confederate” by listing out rules that flags displayed must follow — rules that the Confederate flag does not follow.

According to a July Quinnipiac poll, 90 percent of black respondents said the flag is mainly a symbol of racism, with 56 percent of Americans overall agreeing.

Some visitors came up to Smith-Rayfield apologizing for the situation, but in another Facebook Live video taken after she left, Smith-Rayfield said she didn’t want apologies, she wanted action.

“I live in a ‘liberal suburb,’” Smith-Rayfield said in the video. “ Why did I have to drive my car, get my kids and drive down to freaking Lighthouse Beach and do what should’ve been done when that flag first went on the fence? And you wonder why we question your allyship.”

Sweeney wrote about Smith-Rayfield’s occupation as a teacher and the role it played in the situation.

“As an educator, LaShandra went ‘live’ on social media to speak to her followers, a member of the towel-wielding group asked if she had a problem,” Sweeney wrote in the statement. “Torn between her outrage and her desire to use this as a teaching moment, she told the group that they were hanging a symbol of hate.”

The members of the group said they weren’t trying to cause conflict in the video. Smith-Rayfield offered them $20 for her to take the towel, but they declined. After Smith-Rayfield left, a group of people arrived with Black Lives Matter signs and stood near the spot Smith-Rayfield shot the video.

Later that day, Mayor Steve Hagerty published a statement on Facebook, where he acknowledged that some residents called 311 to report the flag, but that he had gone down to where he thought the photo was taken and could not find the flag. He said he felt relieved and thought the incident was fake.

“First, let me say, I’m sorry I did not walk the entire length of the fence to determine if the flag was on display,” Hagerty wrote on the post. “Second, let me be clear, any symbols of hate, superiority or white nationalism are not welcome in Evanston.”

Hagerty’s post, however, prompted backlash when he said a beach supervisor, not Smith-Rayfield, asked for the towel to be removed. He apologized in a subsequent post for not getting the “complete story” before posting to Facebook. He also wrote that his use of the term “fake news” was a poor choice of words.

The mayor further apologized for linking to an ADL page that explained why the flag was hate speech, but that displayed a picture of the flag on his post.

“I’m sorry that the image of the confederate flag on that page further perpetuated a symbol that is hateful and hurtful,” Hagerty said.

He added that because his Facebook page is designated as a public figure page, he can’t edit or remove links like personal profiles can.

Ald. Robin Rue Simmons (5th) also took to Facebook to express her gratitude to Smith-Rayfield for advocating for the flag’s removal. Rue Simmons said she has made a referral to Chair of the Human Services Committee Ald. Eleanor Revelle (7th) to ban the flag as hate speech from city property, facilities and events.

“I am disappointed that I was not there to address the guest myself but I could not have done a better job than the woman who (did) address him on our behalf,” Rue Simmons wrote.

Sweeney also wrote in the statement that residents can write to Hagerty and City Council to create a “LaShandra Ordinance” that prohibits hate speech and symbols. On Friday, residents are holding an event at Lighthouse Beach from 2-4 p.m. to “protest the complicity of our neighbors,” according to the event description.