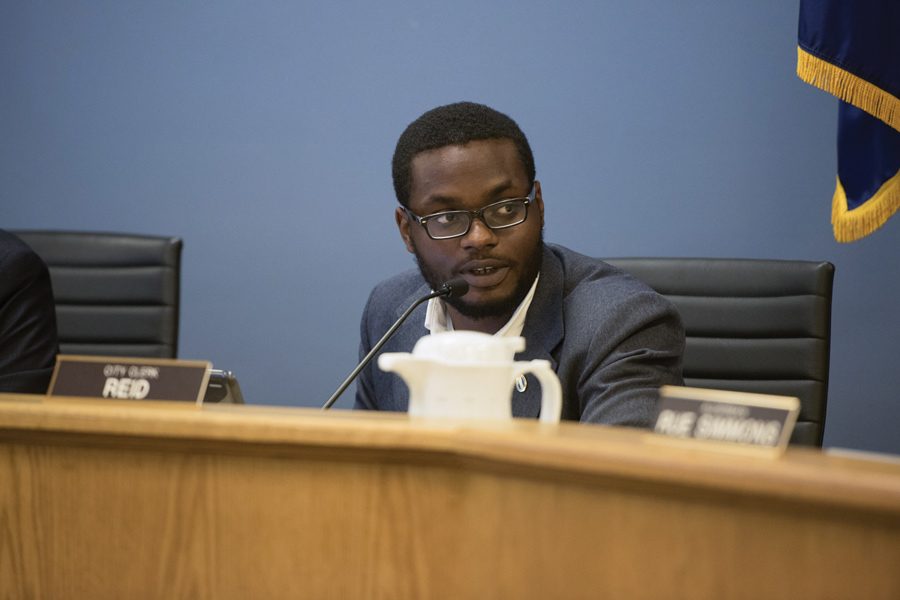 City Clerk Devon Reid. A new policy from the clerk’s office would release all misconduct and use of force records

A new policy from the city clerk’s office requiring the public release of police misconduct and use of force records prompted a challenge from the mayor and city attorney at Monday’s City Council meeting.

The city will publish online all police misconduct and use of force records within 15 days of the complaint or incident, according to a memo from City Clerk Devon Reid. Those records will include police reports, body camera footage and any other relevant public records; the policy went into effect Monday.

“On local, state and national levels we are in desperate need of change,” the memo, dated July 24, read. “This is meaningful and tangible in the fight for accountability and reimagining policing.”

All misconduct complaints filed on Jan. 1, 2016 and later will be included under the policy, as well as all use of force incidents occurring on Jan. 1, 2020 or later. The city has until Sept. 28 to release the misconduct reports and until Oct. 26 for the use of force records.

Reid publicly announced the policy Monday during the council meeting, where it was almost immediately challenged by Mayor Steve Hagerty.

Hagerty criticized Reid for making a unilateral decision and argued the clerk had overstepped his legal authority, though he also said he had only glanced at the clerk’s memo.

Hagerty was backed by City Attorney Kelley Gandurski, who, despite also saying she had not comprehensively read the document, said it appeared Reid was “usurping” his duties.

In a conversation that grew heated, Reid asserted he was within his legal authority and said he had given the mayor and city attorney ample opportunity to review the new policy.

“There is nothing gray about the code that says the clerk is the custodian and keeper of all records,” Reid said. “Why didn’t you bring this up before?”

For backup, Reid brought lawyer Matt Topic, who successfully sued for the release of the video showing the murder of Laquan McDonald by a Chicago police officer. Topic, speaking in public comment, backed Reid’s claim the new policy fell within the clerk’s legal authority.

Reid spoke during public comment as well. He chastised the mayor for his conduct and warned him to not seek a legal challenge to the policy, saying the city would lose.

Due to rules surrounding public comment, Hagerty was unable to respond.

Reid filed suit against the city in May 2019 over his access to body camera footage and unredacted information. The suit was later dismissed.

— With slight majority, Evanston city council could move toward defunding