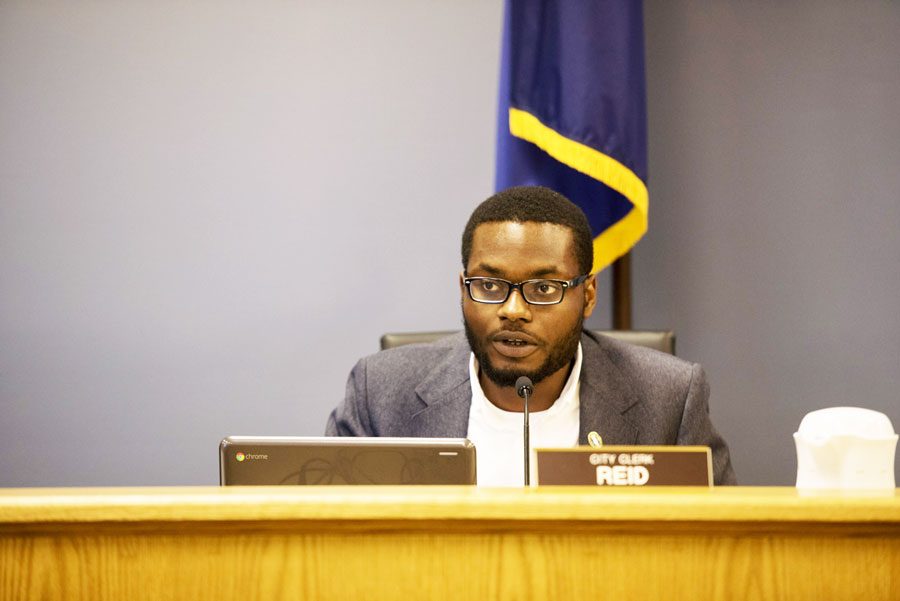 The decision to employ a college student at the city clerk’s office despite a hiring freeze was the center of an argument at Monday’s City Council meeting.

The controversy concerned scheduled payments to a George Washington University junior employed by the city clerk’s office. A city invoice from the period ending July 28 includes payments to Jordi Amaral totalling $5,827. Amaral is credited as an “election consultant,” which Reid said was made to avoid a hiring freeze brought on by the coronavirus pandemic.

City Clerk Devon Reid told the council his office hired Amaral, who has worked in the office during past summers, as a contractor after the city implemented a hiring freeze that prevented the student from taking his typical role. Reid did say he had been told by Human Resources the student was not authorized to begin employment.

“I hired a college intern who’s worked in the office for years,” Reid said. “We hired him as a consultant because of the hiring freeze.”

“You ignored the process, you ignored what the staff told you to do, and now you expect us to pay him,” Wilson said.

Ald. Robin Rue Simmons (5th) noted the city clerk’s office had its own budget that would cover Amaral’s pay and contended that regardless of Reid’s conduct, the city should pay Amaral for his work.

The council discussed making a referral to the Rules Committee to determine whether protocol had been breached, though no action was taken.

The council ultimately passed 8-1 the ordinance authorizing payment to Amaral and others. Ald. Tom Suffredin voted against (6th) due to payments out of the insurance fund, though he did not elaborate on his concerns.