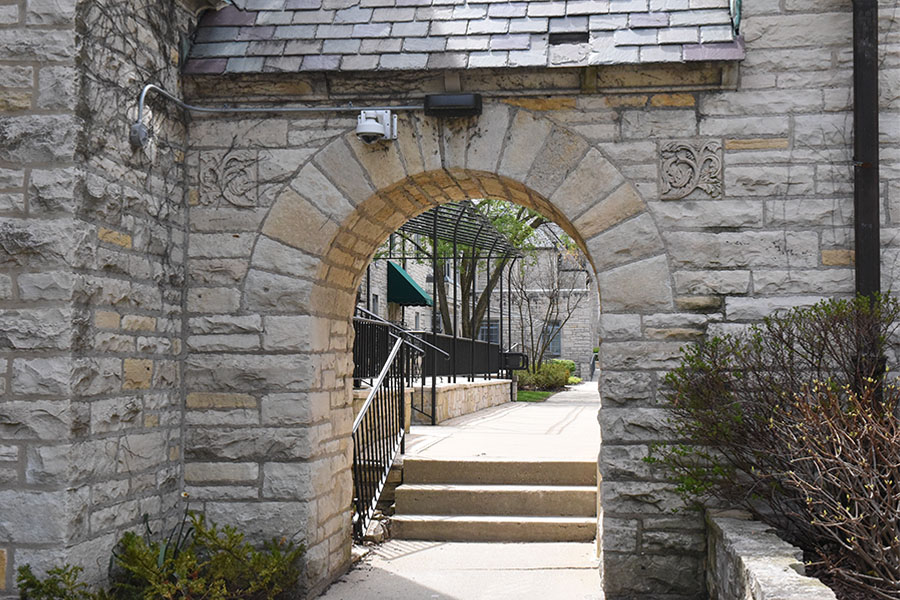 The Panhellenic Association met with chapter presidents over the weekend to discuss Greek life abolition.

Throughout the country, Greek life on college campuses has come under fire due to allegations of discriminatory behavior. Although the criticism has varied, from racist practices to rampant sexism, the critics have reached the same conclusion: change is long overdue.

At Northwestern, Greek life has long been a pillar of campus social life. This weekend, the Panhellenic Association had a meeting with chapter presidents about the issue of abolition. And some fraternities have also discussed disbanding their presence on campus. The deliberations follow a number of member deactivations in PHA sororities and calls to abolish NU Greek life.

Out of the University’s 8,000 plus student population, about 20 percent of undergraduates participate in Greek life, according to the most recent Associated Student Government analytics survey.

Of those involved, about 96 percent belong to IFC and PHA organizations.

Although Greek life’s presence on campus has been in decline for several years, the death of George Floyd in June and the subsequent nationwide protests have brought social justice issues to the forefront of discussion, calling into question many historic institutions, including Greek life.

Throughout the past two months, anonymous Instagram pages calling for the dismantlement of Greek life at various institutions have published accounts from current and former Greek life members. A week ago, students at NU joined the ranks of Washington University in St. Louis, Tufts University and countless other schools with the creation of an “Abolish NU IFC/PHA Greek Life” Instagram account.

“The Interfraternity Council and the Panhellenic Association are complicit in perpetuating harm,” the account wrote in its first post July 22. “We must abolish these organizations which are embedded with racism, sexism, homophobia, transphobia and classism.”

Since its initial post, the account has published about 50 anonymous first-hand narratives detailing discriminatory behavior and sexual assault from the NU Greek community. However, discussions about abolition predate the Instagram account’s creation.

Throughout July, members in all 12 of the PHA sororities and at least three IFC fraternities have debated abolition among select members, with the University’s Zeta Tau Alpha chapter meeting with its national organization last Thursday. NU’s Delta Zeta has also met as a chapter within the past week to discuss the implications of disbandment.

Across the board, Greek organizations have already seen deactivations this past month, according to an anonymous source in a PHA sorority. According to a poll on Northwestern’s subreddit page, 143 people indicated they were part of NU Greek life and plan to disaffiliate as of Monday night.

Zana Rashid, the vice president of public relations for PHA, told The Daily on Monday that PHA is actively having conversations regarding abolition with their presidents and chapters. She also said more information will be available soon.

Medill sophomore Julia Mkrtychian, a member of NU’s Gamma Phi Beta, said she was wary about joining Greek life prior to the PHA recruitment process in January.

Mkrtychian, a first-generation college student, said her concerns stemmed from what she said was Greek life’s problematic reputation and classist behavior. Ultimately, she opted to join Gamma Phi after discussing her apprehension and the possibility of reform with older members in the chapter.

“The sorority and a lot of the girls I’m still close to right now are very vocal about social justice issues and activism,” Mkrtychian said. “I really thought (Gamma Phi) would be the sorority to start changing things.”

After NU’s black student magazine, Blackboard Magazine, called on organizations “to advocate for the countless black victims that fall at the hands of police and white vigilantes,” Gamma Phi published an Instagram post in June supporting the Black Lives Matter movement.

The sorority received backlash in the post’s comments section, with some calling the post performative.

Mkrtychian said she reached out to some of the commenters asking for more information on their experiences with Greek life and her sorority. Now, Mkrtychian, along with several other members of her sorority, support Greek life abolition over reform.

“Women like me have been going into these chapters thinking they can reform something,” Mkrtychian said. “Exclusionary practices are still there. There’s no way to make Greek life inclusionary unless you abolish it and create some kind of new system that you don’t have to pay for like clubs.”

Mkrtychian said she intends to deactivate but has to wait until after this year due to housing issues. Gamma Phi has yet to meet as a chapter to discuss abolition.

Another sophomore member of PHA, who wished to remain anonymous, said she supports abolition but has not yet deactivated because she wants her vote to count for abolition if her sorority ultimately decides to vote on the issue.

“Just deactivating is separating myself from the problem and not really doing anything about it,” the PHA member said. “I don’t want to be complicit in that.”

The member added that if her sorority chooses to disband, she wants to work to undo the harm done by Greek life on campus by engaging with on-campus social justice organizers.

Unlike PHA sororities, which have recently seen a large number of member deactivations, Jayden Logan, the president of IFC, said in a Sunday statement to The Daily that he is unaware of any drops in membership for IFC fraternities. However, he added that membership numbers are usually handled by individual fraternities alongside their national organizations.

On Monday, Logan told The Daily that the IFC Executive Board has discussed what abolition of IFC might look like and the future of social interactions on campus. The Board intends to hold a meeting with all the IFC presidents later this week to discuss abolition.

After discussing the issue of abolition amongst themselves earlier this month, representatives from Zeta’s national organization met with the chapter to discuss potential steps the sorority could take moving forward at a meeting last Thursday.

In order to dissolve, at least a majority of NU members of Zeta need to vote for disbandment – but even then, that might not be enough.

According to Logan, unless a chapter’s charter is revoked, an organization’s national headquarters can send representatives to campus to help rebuild the chapter and host recruiting events. In the past, this phenomenon has happened with chapters that are either new to campus or are struggling with recruiting.

For members in Zeta and other sororities considering disbandment, abolition would leave members set to live in Greek housing in a precarious position. Without Greek housing, students would most likely have to search for off-campus housing or negotiate with Residential Services to find housing on-campus, both of which could prove difficult due to the University’s single-occupancy housing framework.

The last Greek organization to disband was the University’s Theta Chi chapter in 2017 due to low membership.