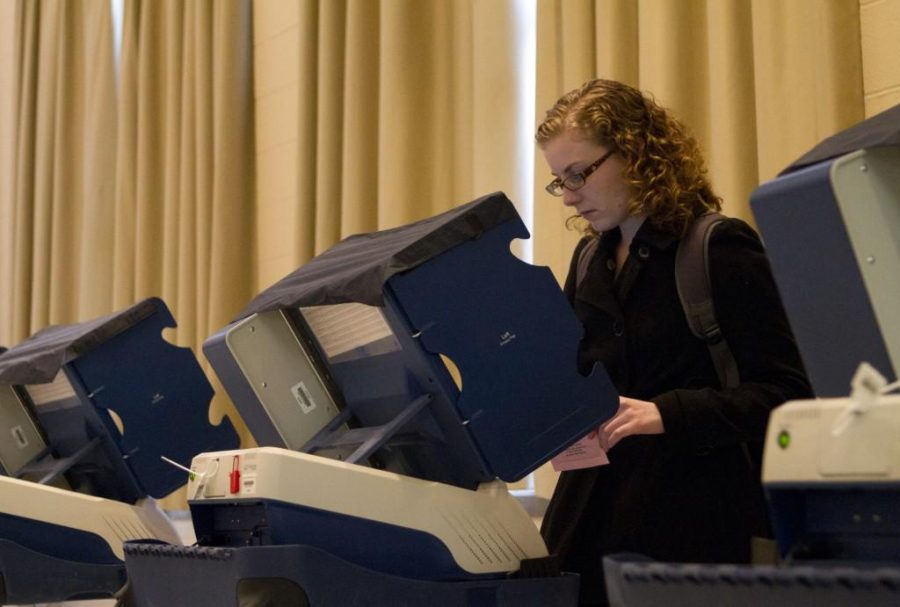 Illinois residents will vote on the Fair Tax referendum this November, which would change the state’s tax system from the current flat tax system to a graduated income tax.

The recent push for mail-in ballots amid concerns of COVID-19 exposure is nothing new to Northwestern, where students who aren’t from the area and choose to vote in their home states have been using absentee ballots for years. NU students have been casting their ballots at numbers far above the national student average, despite complications due to the unique nature of each state’s voting process and regulations.

These high levels of engagement are due in part to the efforts of NU Votes, an effort by the University’s Center for Civic Engagement, which serves the NU community as a resource for accessible, comprehensive voting registration. Amanda Denning, a Weinberg junior and student ambassador for NU Votes, said the organization’s voter registration efforts during Wildcat Welcome will likely look different from previous years due to the reopening of campus.

“COVID-19 has definitely changed things,” she said. “A lot of our work is talking to people in person, but if we are mostly remote, we will definitely be doing as much virtual push as we can.”

Political science Prof. Thomas Ogorzalek echoed Denning’s sentiment, saying that in-person mobilization efforts are irresponsible from a health standpoint. Ogorzalek, a member of NU Votes’ steering committee, noted the added burden of increased mail and absentee voting is likely to fall on the states, not students.

“Many, many students vote by mail or absentee under normal circumstances, so this might not be quite as big a difference for them,” he said. “But the state bureaucracies that handle this are likely to be overwhelmed without early action, increased funding and actual support from elected officials.”

Ogorzalek referenced a study in Election Law Journal: Rules, Politics and Policy, which reported in Sept. 2018 that mail-in voting generally increased voter turnout by lowering the cost of voting during the 2016 presidential election.

“The criticism of how our administration is handling COVID-19, Black Lives Matter and the economic and moral implications stemming from both will just keep inspiring students to go out and vote,” she said.

Reynolds said NU Votes is turning to social media and their website to provide students with resources for checking registration status, registering or updating information and requesting absentee ballots.

“I hope that turnout increases and is as high as possible, and I know NU Votes will be working to make that happen, whether that is in person or remotely,” she said.