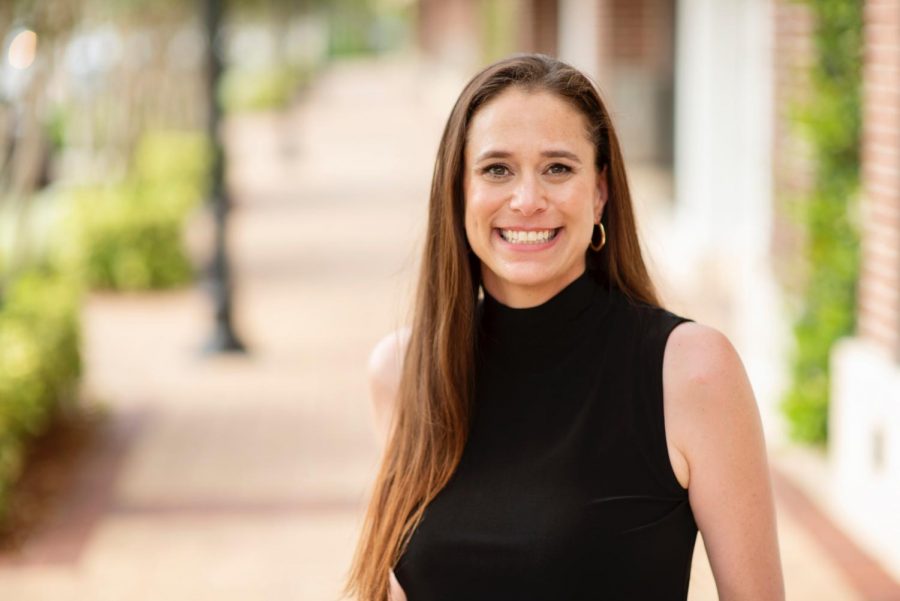 Courtesy of Jen Perelman for Congress

In less than a month, Jen Perelman (Medill ’94) hopes to beat Rep. Debbie Wasserman Schultz, the former chair of the Democratic National Committee, in the FL-23 primary. A native Floridian, Perelman has served as co-chair of the Juvenile Justice Committee for the . Former presidential candidate Andrew Yang has endorsed her.

In an interview with The Daily, Perelman emphasized her campaign’s top three issues are passing Medicare for All, solving the climate crisis and reforming the criminal justice system. Read more about the alumna running for Congress in the interview below, which has been edited and condensed for clarity.

The Daily: You’re taking on Debbie Wasserman Schultz on Aug. 18. And most recently, Jamaal Bowman beat a high ranking Democrat, Eliot Engel. How do you see yourself fitting into this series of young, progressive candidates defeating these very established Democrats?

Jen Perelman: With the exception of the young part, I feel like I’m kind of with them. Jamal was actually one of my Brand New Congress slate mates. There’s like what I consider to be this sort of, it almost feels like a class — like a class of representatives or a class of candidates. And this particular 2020 class is very impressive. There’s so many great, amazing people that are running right now. And I feel like we kind of are working in tandem. We share resources, we share information, we share tech support sometimes, because none of us can rely on big money or the establishment. So what we have is each other.

The Daily: When did you start running and what went into your decision?

Jen Perelman: So January of 2019, I was asked by somebody from our local Progressive Caucus down here to do this. The truth is, I’ve been involved in politics and policy before I was even old enough to vote. So it’s not an unusual transition for me to run. I’ve been told to run for office many times. But really, for me, it came down to the timing. In 2018, we saw non-corporatists be able to get through. It just seems like the walls are starting to come down. It wasn’t one direct moment.

And this was a team effort from the beginning. This was never really me. I do not have a career aspiration to be a congressperson at all. I truly see it as a term of service. And we’re really doing this to just set sort of a new standard for what representation is supposed to look like. Until we get the money out of politics, we’re all wasting our time even talking about policy.

The Daily: I want to bring up a part of your platform that speaks to that. You’re in favor of term limits for representatives and also potentially extending the term so that representatives don’t have to campaign almost around the clock. Could you explain that?

Jen Perelman: It would be ideal if representatives had four year terms, and you would just put a two-term limit like we do for other things — it would be simple. But the truth is it is very hard for representatives to get anything done because after one year, they’re already campaigning again. When you’ve got an election process that is that filthy, what you end up with, is you have a bunch of people sitting in Congress that have approval ratings below 20 percent, but they keep getting reelected. And the reason they keep getting reelected, at least in our particular district, is we have a gerrymander district and a closed primary. So it only requires very few people to keep her where she is. And most people don’t even know that we have the closed primary. They just go in November and they don’t understand why she’s still sitting there. So because of all of that, we need term limits. Now, if somebody wanted to come out, just completely revamp and fix the entire election process, then I might not see the need for term limits. But right now, it’s just not happening.

The Daily: Speaking of our electoral system, COVID-19 has raised a lot of issues for voter turnout. How important is it to you to make sure that people can safely vote in August and what are you doing to help with that?

Jen Perelman: The key thing that we’re doing is encouraging everybody to request their mail-in ballot, because my biggest concern is that the polling locations will be significantly reduced, just like what happened in Kentucky. And it could be with nefarious motives, or it could be just that they genuinely don’t have enough workers because of COVID. There could be legitimate reasons why you would have less polling places, but the end result will be people being turned away that cannot wait for hours and hours to vote. I think the more people that vote by mail, the better off we are.

The Daily: You are running on a progressive platform: universal basic income, Medicare for All, the Green New Deal, abolishing for-profit prisons. Do you see the coronavirus pandemic and this recent wave of protests against racial injustice changing the national conversation on these sort of progressive policies? And how does that affect your candidacy?

Jen Perelman: I welcome it. This is the revolution I’ve been waiting for. Sometimes it takes crises for people to understand how broken the system already is. You don’t know until you see what it can’t do. And what the system can’t do is it can’t provide any sort of stability in a pandemic, when we don’t have universal health care or paid sick leave. The reason that we are going to continue down this coronavirus drain hole is because we are still not putting in place the systems that we need to protect our people. As progressives, it gives us an opportunity to kind of control the narrative. And instead of us always being on defense — like, “Well how are you going to pay for it?” — we’re able to be on the offense and say if you had universal health care then we wouldn’t be having a lot of this.