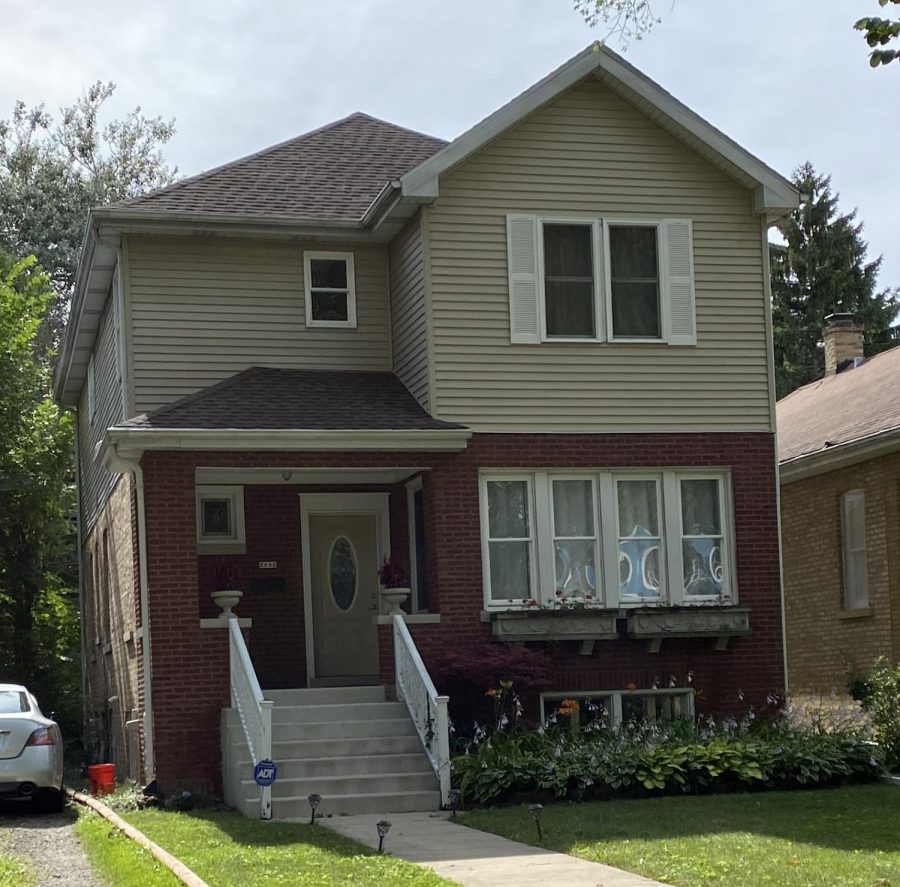 The Jourdain house, 2032 Darrow Ave. The house was recently named one of eight African American heritage sites in Evanston.

The legacy of Edwin B. Jourdain Jr., Evanston’s first black alderman, will now be commemorated for years to come after his house at 2032 Darrow Ave. was named one of eight African American heritage sites across the city.

Jourdain, a lifelong activist, represented the 5th Ward on City Council for 14 years. During his initial campaign, he received support from Northwestern students and faculty, as well as activists and civil rights leaders like W.E.B. DuBois. While in office, he championed the integration of beaches and theaters in the city, and organized sit-ins in support of other causes related to racial equity.

“What I see is an amazing renaissance that has happened in the last 15 years or so,” Spencer Jourdain said. “It’s the spirit that existed in Evanston from 1931 to 1947 — that’s the shortest way of saying it. It’s what Lincoln called a new rebirth of spirit and determination and brilliance. And it is so heartening to see that.”

However, Jourdain’s son said as the nation faces a reckoning surrounding its treatment of black people, it’s important to recognize the issues being discussed — like police brutality and systemic inequities — are far from new. In fact, his son said, Jourdain fought for many of the same things activists are calling for now.

For present-day activists and black residents in Evanston, Spencer Jourdain said these sites of recognition can prove the possibilities the future might bring. He added that seeing proof of the impact of one’s predecessors encourages people that they’re moving in the right direction.

“It gives you courage and hope, and makes you certain you’re on the right path and that you’re part of America,” Spencer Jourdain said. “And that word heritage is very important. There is an American heritage around the goals that you are fighting for, and America will achieve it.”

Dino Robinson Jr., founder of the Shorefront Legacy Center, said the heritage sites, including Jourdain’s house, will continue to also serve as a physical reminder of Evanston’s history — and the prominence of its black community, which he said often goes overlooked.

By designating these sites as historical landmarks, Robinson said residents will see proof that the city’s black community extends far past the bounds of the 5th Ward. Additionally, Robinson said he plans to push for the recognition of more sites in future years.

“It’s important to know the address, know the location and know the historical significance that Jourdain had to the city of Evanston,” Robinson said. “Our contemporaries today, especially our youth, can see just in their neighborhood, if they live next door or even if they live in that house, will know that he was someone of significance.”