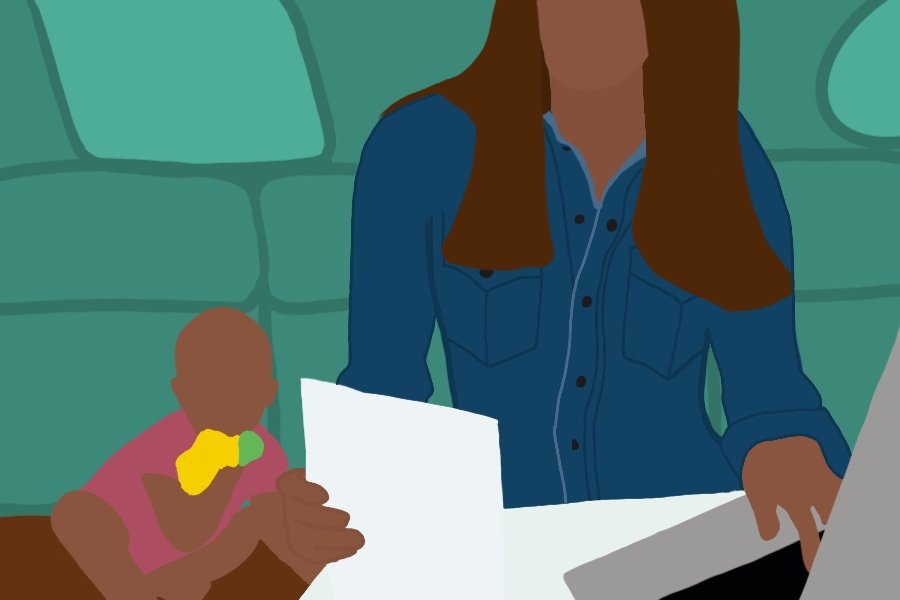 As Northwestern prepares for hybrid and in-person classes in the fall, faculty members remain unsure of how they plan to balance their roles as professors and parents.

As the University plans for a hybrid of in-person and remote learning, with a likelihood of a return to ABC grading, the school’s employees are facing increased responsibilities, both from the university and at home.

In response, history Profs. Susan Pearson and Amy Stanley wrote a letter to University administrators. The letter, which has amassed over 300 signatures, calls on the school to provide adequate support for staff who may be caregivers of young children, immunocompromised family members or older relatives. But Pearson and Stanley said NU has not responded yet, and fails to acknowledge the issues addressed in the letter.

The letter calls on the University to standardize policies for staff and faculty. Currently, the existing plans ask department and program heads to address circumstances on a case-by-case basis. But Pearson said this puts more pressure on the employees who are already experiencing increased workloads.

“From the beginning that’s been the message — if you need something, go talk to your chairperson,” she said. “There isn’t a uniform set of policies, and different people have different relationships with their supervisors. Different supervisors are more or less willing to be flexible.”

These added expectations also put pressure on department chairs and program directors, history Prof. David Shyovitz said. Shyovitz also serves as the director of the Crown Family Center for Jewish and Israel Studies in addition to his role as a professor, and he said his team is working to attain maximum flexibility for the center’s staff.

Shyovitz, one of the letter’s signees, has served as his family’s primary caregiver during the pandemic. His classes may have been flexible, but Shyovitz said his work at the center had different demands.

Professors also say they’ve witnessed many colleagues making difficult decisions, as they’re forced to choose between their family and the University. For professors who are parents, they had to choose what to prioritize during Spring Quarter, and for many, individual research went “out the window” as a result. Stanley said committee work also often suffered.

Anthropology Prof. Sera Young, another of the letter’s signees, said many faculty members who were on leave in the spring may have planned to use their time for research and other academic work. However, family demands quickly made those plans difficult to accomplish.

“People who were on leave last quarter may have had hard-earned grants that would allow them to contribute to the intellectual vibrancy of the University,” Young said. “But all that time was spent figuring out how to homeschool and stay safe. I don’t know if that could ever be made up, and we’re facing that again next year.”

Stanley said the stress of parenting during a pandemic was also significantly more difficult than the day-to-day life most caretakers are used to. During Spring Quarter, she said she, like Young and many other professors with young children, often had to completely homeschool their children — a practice that occupied significant amounts of their time.

Stanley called the situation “crisis parenting,” and said both she and her children have suffered since the start of remote learning. Facing the same expectations in the fall gives her concern, she said, as this lifestyle can’t be maintained long-term.

“It’s all-consuming of your time and energy, while also trying to find time and energy to give to students and graduate students and colleagues,” Stanley said. “That’s not a sustainable system and the University never even acknowledged that they were asking us to do that, nor did they come up with anything, until just recently.”