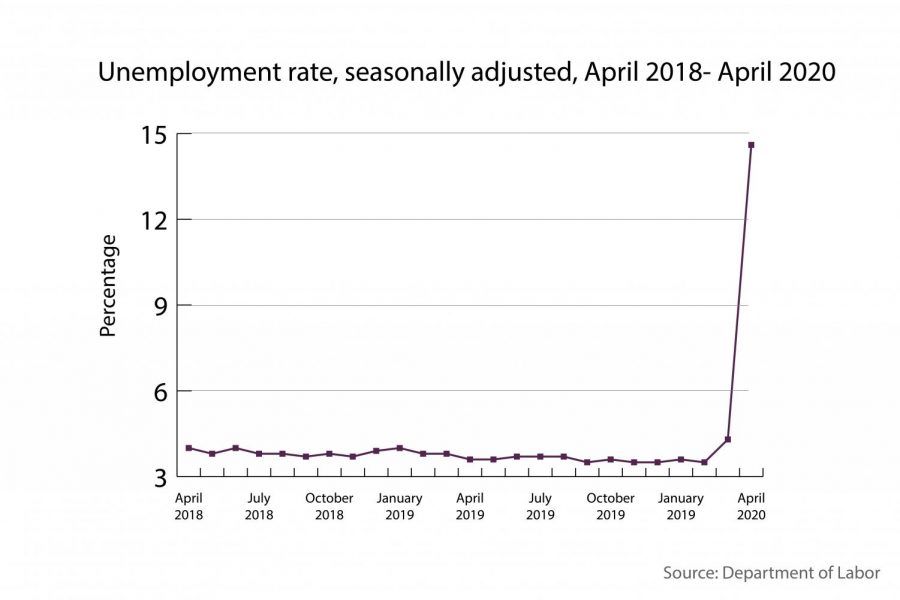 Is COVID-19 widening the gender gap? New research showing that women are being disproportionately targeted by the COVID-19 economic downturn indicates this may be the case.

According to a May analysis from Bloomberg, the United States unemployment rate from April 2019 to April 2020 increased for men by 9.7 percent but increased for women by 12.6 percent.

“Men are constantly and consistently and historically outpacing women in terms of income… but now women are more likely to be out of work and out of work for longer periods than men,” McDowell said.

McDowell added that women of color suffer disproportionately in the unemployment and wage gaps, a statistic that has held true for the COVID-19 recession, according to Bloomberg.

Economics Prof. Matthias Doepke said the gender discrepancy in unemployment could be explained by the way that traditionally female-dominated fields such as hospitality and education have been disproportionately affected by the pandemic.

“If you look at any downturn before the current crisis, you actually have a very big asymmetry, but it goes the other way,” Doepke said.

While previous recessions have heavily targeted male-dominated industries like construction and manufacturing, these industries were deemed essential in many states, leaving them relatively unscathed from economic downturn. On the other hand, restaurants, hotels and schools suffered a blow from nationwide shutdowns.

Childcare is another element affected by COVID-19, Doepke added. The closing of schools and daycare centers has increased the demand for at-home childcare. At the same time, social norms tend to classify childcare as the responsibility of women, Doepke said. Childcare needs can prompt women to drop out of the workforce, which can lead to an unemployment disparity.

This existing pressure for women to bear the brunt of childcare is already responsible for the existing wage inequality, Doepke said, citing the demanding work hours required for entry into high-paying corporate positions.

“What’s missing from the conventional calculations is that unemployment can really scar people,” Notowidigdo said, referring to the potential stigma of unemployment as well as the social and mental toll major life changes can cause. “You can pay people unemployment insurance benefits, but that’s not going to make them feel whole,” he added.

As society grapples with how the general economic impact of the pandemic could have potentially long term effects, the gender disparity may be long-lasting as well, Doepke said.

“It is quite likely that this crisis will make gender inequality worse,” Doepke said. “And this is because of the simple fact that losing a job, especially losing a job in a recession, has a quite negative impact on future earning abilities.”