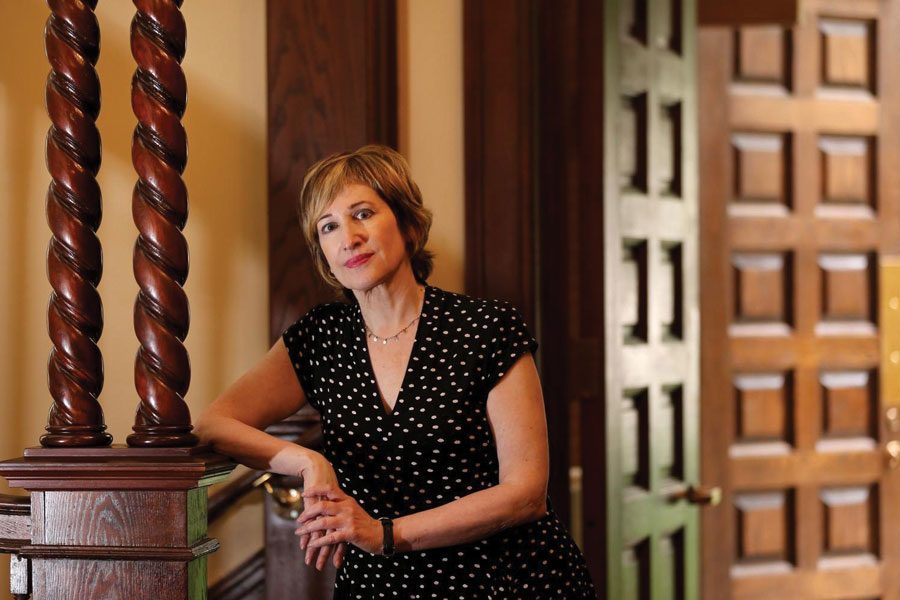 Laura Kipnis. The Communication professor signed a controversial letter along with 150 others including J.K. Rowling and Noam Chomsky. A response, signed by Medill lecturer Arionne Nettles and over 160 others, named specific incidents in which black people were silenced by their institutions.

On July 7, Harper’s Magazine published a letter on free speech and “cancel culture” signed by Communication Prof. Laura Kipnis. A response published Friday in The Objective, signed by Medill lecturer Arionne Nettles, pushes back against the claim that consequences for speech and behavior are detrimental to freedom of expression.

The Harper’s letter, “A Letter on Justice and Open Debate,” was signed by over 150 prominent academics, journalists and writers, including Kipnis. The letter acknowledges current protests and calls for diversity, then criticizes the “intolerant climate that has set in on all sides.” The letter states that free speech is becoming more constricted and that the “threat of reprisal” has limited the bounds of expression for professionals.

The letter made national news and faced a great deal of backlash. Many readers interpreted the letter as a plea against cancel culture by successful professionals with platforms. Notably, author J.K. Rowling signed the letter. Rowling has been in the news in recent weeks — “canceled” by some — for tweeting transphobic remarks.

“I did not know that (Rowling) was going to be on the list, and I wasn’t happy about it,” said Kipnis. “I was not happy that she was on the list of signers because it’s sort of created the conditions to read the letter as anti-trans, and I had certainly never envisioned that.”

Kipnis knew some of the signatories prior to publication, but that because of the nature of open letters, she and the other signatories did not know the entire list of signers. Kipnis said she was “not entirely thrilled” with the list of signatories.

She said she signed the letter because “the space to ask tough questions or be controversial seems to have narrowed in the time that (she has) been in academia,” Kipnis said. In 2015, Kipnis was investigated under Title IX allegations, which she mentioned as one of several times she was involved in a free speech issue.

Kipnis also cited the petition against Rebecca Tuvel’s academic article which compared Rachel Dolezal, a white woman who portrays herself as a black woman, to Caitlyn Jenner, a transgender woman. The petition demanded that the journal apologize for the article and address its review process. In another incident in 2018, Kipnis’ editor Ian Buruma, formerly the editor of the New York Review of Books, published a controversial piece written by someone accused of sexual assault. Kipnis said that the circumstances of Buruma’s firing began with internet culture.

“I don’t think anything on the internet stays on the internet. I think that there are far more consequences than just people having to endure people tweeting critical things about them,” said Kipnis.

Although specific cases led Kipnis to sign the letter, many criticized the letter itself as too vague.

Over 160 others in academia and media signed a response Friday entitled “A More Specific Letter on Justice and Open Debate,” including Nettles. The response named specific incidents in which black people were silenced by their institutions and criticized the Harper’s letter for failing to mention a single time “how marginalized voices have been silenced for generations in journalism, academia and publishing.”

The letter Nettles signed in The Objective carries more weight than the Harper’s letter because of its clarity, specificity and collaboration, she said. Another contributor to the response, Akela Lacy of The Intercept, also noted the collaborative, grassroots effort of their letter. Lacy said signers were able to see the text and who was signing the letter throughout the process and that there was no single writer.

The writers of the Harper’s letter never address the marginalization of certain voices in their fields nor acknowledge the power that the writers possess with their platforms, Lacy said.

“The very fact that they’re publishing in an outlet like Harper’s and some of them just started their own publication… pointing out that discrepancy was important to us, ” Lacy said.

Nettles said criticism toward those in the media industry should be seen as a form of accountability. Editors and writers who have a platform for their voice are “not the common man” and they have a responsibility with their stories, she said.

The impact of the letter matters more than the intentions, Nettles said.

“As journalists of color, traditionally we have not been able to say what we need to say just in support of our communities,” Nettles said. “Just because if you can no longer, for example, say your opinion in the New York Times doesn’t mean you’re being silenced. You just can’t share it in the New York Times.”