Visiting the Capitol Hill Occupied Protest: a letter to myself on breaking a cycle of intergenerational trauma 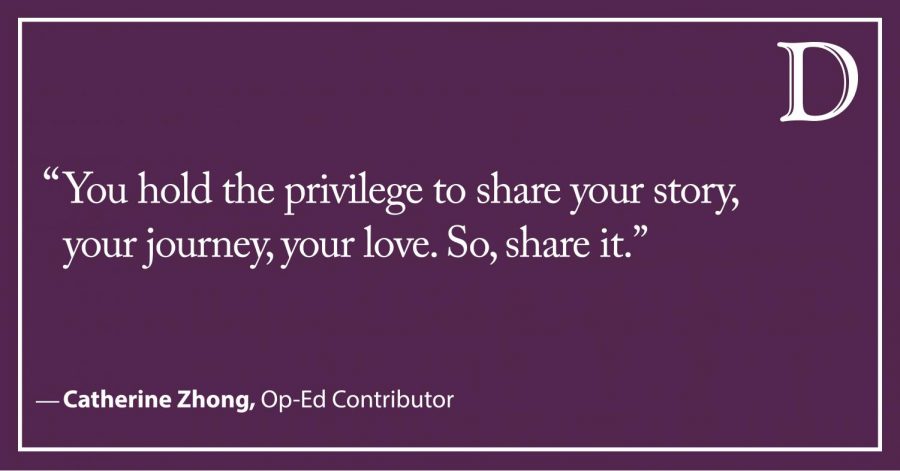 I wrote this letter in response to the Capitol Hill Occupied Protest, which I visited in Seattle three times. CHOP, formerly CHAZ, was an occupation protest, located in the Capitol Hill neighborhood near downtown Seattle as part of the George Floyd protests. After a week of tense protests, the Seattle Police Department left the precinct around which CHOP was centered. On July 1, the police reoccupied the precinct and arrested any and all remaining occupiers. I am a Chinese American second-generation immigrant to the United States and these events played a role in how I grew and processed my intergenerational trauma.

I know you never liked math. Do you think that was because all the kids made fun of you for being bad at it? Or because you actually hated it? Or was it because they told you that you weren’t Asian enough, and you believed them?

You went to a majority white, elite, private high school in Seattle. You couldn’t whitewash your Cantonese skin, so you whitewashed your college application instead. You took French instead of Chinese, you refused to learn how to use chopsticks until the age of 10, you say your favorite food is spaghetti and meatballs, when really it’s probably danta.

But you are not white. As much as you tried to convince yourself that failing math tests would make people stop making fun of you, they never did. But that’s not really what it was about.

What our generations share goes beyond DNA. We share a culture of silence. A culture of the ideal bystander, mislabeled as the “model minority” by our white oppressors. Remember our story:

My grandmother lived in a small village near Shenzhen in South China when the Japanese invaded during World War II. She was born just as the Japanese forces entered south mainland China. My grandmother, barely a few days old, was left near a loud river as her family fled into the mountains. Bringing a crying newborn baby would be guaranteed death for her family.

She was silenced. From birth.

My dad went to the University of Science and Technology of China, one of the most involved universities in the Tiananmen Square Protests. My dad remembers staying in a tent with his college buddies for many days, watching some of them get arrested and killed.

I was talking to one of my friends, who is a Chinese international student, and she said something that honestly shook me to my core: When she thought about protests, all she could see in her head were tanks. Tanks running protesters over. And I realized: That is all I could see, too.

I wasn’t even alive in 1989. I am not a Chinese citizen. I am an American citizen raised in the whitewashed city of Seattle. But still, ringing in my head, is my intergenerational trauma. I couldn’t understand when all of my white friends were able to attend protests, supported by their parents, protected by their white privilege. I felt weak.

That’s what you — my younger, Chinese American self — were. But then you decided to go to the Capitol Hill Occupied Protest.

It felt complicated to be an Asian American knocking at the door of land reclaimed by Black and indigenous people, territory that never belonged to you. You found that it was a community, not a zone, nor a block party, nor a regular protest. To know that something this beautiful could exist was intoxicating. You understood why politicians feared it. Why the media demonized it. Why Seattle’s mayor downplayed its power.

Because, for some reason, it is incredibly frightening to think that a group of strangers can band together and listen. And care. And hope. That one man could grab his trowel, dig up a public park’s lawn, and plant tomatoes. Kale. Basil. Wildflowers. Native trees dedicated to George Floyd, Ahmaud Arbery, Breonna Taylor. Every time you went back, you saw these trees: growing, healthy and strong, taken care of by the collective community. You knew the hope sowed there would stay long after the tents had been swept away by Seattle’s rain of terror. Even after the shooting on June 20 that killed a 19-year-old and critically injured another.

But what you did do was open your heart. You chose to break the cycle of intergenerational trauma and show up and learn. You chose to experience some growing pains.

There is work to be done. Here. Right now. Not when you have more money, more time, or more resources. You have what you choose to give, including love. The heart always has the capacity to grow.

So, self, I ask you: What will you do with the love that you hold in your heart?

Will you keep it all for yourself? Your own loved ones? People who look and act like you? Or will you do your god damned bestest to share it with as many people as you can?

Listen to me, when I tell you, self, because I know you don’t listen to anyone else. So, listen to me.

Tell your story. Hold space for your own cultural background of silence, but recognize that you hold the privilege to let in something else.

With love and voice,

Catherine Qing Zhong is a Weinberg Sophomore. She can be contacted at [email protected] If you would like to respond publicly to this op-ed, send a Letter to the Editor to [email protected] The views expressed in this piece do not necessarily reflect the views of all staff members of The Daily Northwestern.