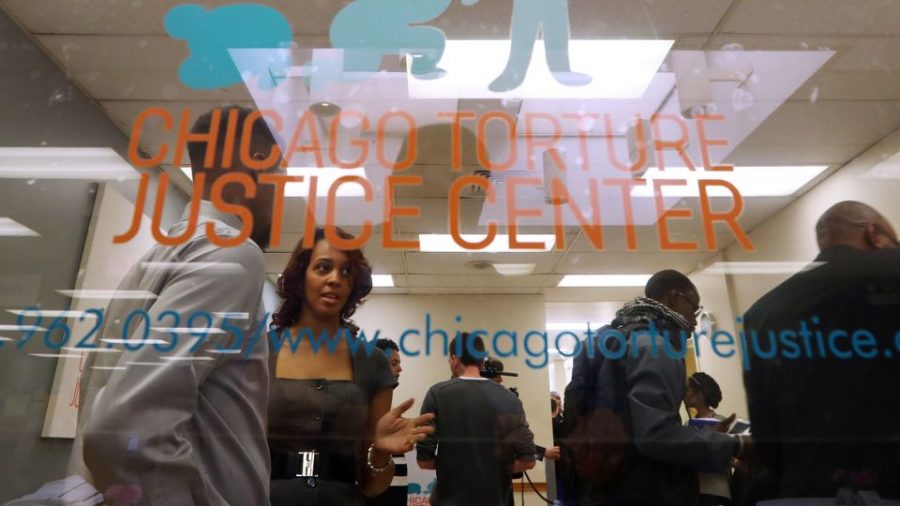 The Chicago Torture Justice Center provides resources and support to Burge torture victims and affected communities as well as providing educational materials to people who want to learn the history and how to support justice for black communities.

In the second installment of its community roundtable series “Race, Racism, and Policing,” the Northwestern Prison Education Program looked at the history of violent policing practices and why it is a pressing issue.

Joey L. Mogul, a partner at the People’s Law Office, spoke at the Tuesday roundtable about the history of police torture with a focus on Jon Burge, an infamous Chicago police detective who was accused of torturing hundreds of men, predominantly black, over the course of two decades to coerce them to making false confessions. Mogul was the lead lawyer who helped draft the reparations legislation for Burge torture victims, which the Chicago City Council passed in 2015.

“I had no idea I was about to go through a … horrendous ordeal that changed the course of my life,” Banks started off.

He recounted a brutal interview where the police detectives’ attempt to intimidate him to explain why he committed a crime he did not commit. The police kicked and attempted to suffocate Banks with a plastic bag while he was handcuffed.

“And then they came back (the next day) and did it again,” Banks said.

Banks said there are still a significant number of individuals who have experienced similar police torturing who are incarcerated.

“I’m just going to do everything that I can,” he said. “Nothing is going to stop me from advocating for those men and women who are still incarcerated.”

Cindy Eigler, co-executive director of the Chicago Torture Justice Center, then spoke on the healing process for both torture victims and affected communities. She said that overcoming trauma can be hard for people in affected communities because police presence constantly reminds them of traumatic interactions.

Law student Eliza Quander attended both the first and second roundtables and said hearing Banks speak about his experience with police torture was especially poignant.

“It was really hard to hear from Mr. Banks about his story of police violence,” she said. “It’s sort of sobering to hear a story (and) to realize the extent of the harm has been done towards certain communities, (such as) black people.”

Participants were encouraged on Tuesday to further engage with the material through additional resources distributed during and after the roundtable.

The roundtable series links together NPEP’s focus in educational programs for its incarcerated students and its ties to the general Northwestern community, Jonas Rosenbrück, director of volunteer development at NPEP, said. Members from the Northwestern community, including undergraduates, graduate students, faculty and staff, and members of the Chicagoland civil rights lawyer community attended the event.

Rosenbrück hopes that the 150 participants continue to have conversations with their communities about the themes discussed in Tuesday’s roundtable and are inspired to take action in Chicagoland and their own communities.

“The series really came about as a reaction to the recent protests surrounding the police killings of George Floyd, Breonna Taylor and Tony McDade,” Rosenbrück said. “We at NPEP were asking ourselves what could our contribution be to change the discourse at Northwestern and the greater Chicago area around policing and how policing relates to black and brown communities in particular.”