Should Northwestern eliminate the SAT and ACT requirement? 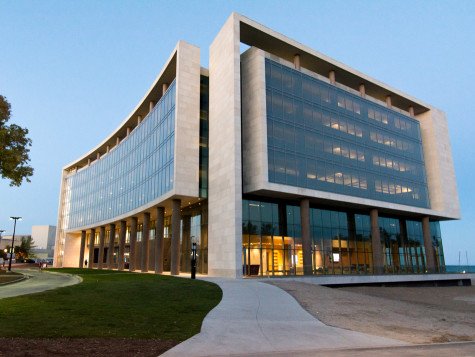 Segal Visitors Center, 1841 Sheridan Rd. Northwestern recently made submitting standardized tests optional for next year’s applicants, as many in higher education debate whether those decisions should be permanent.

University officials recently announced they would suspend the SAT and ACT requirement for the class of 2025. This decision comes after several other universities, including Harvard University and Stanford University, made similar moves, sparking a debate: Should the changes be permanent?

SESP Prof. Jolie Matthews is trying to answer this question.

“We know that there are a lot of issues with standardized tests,” Matthews said. “On the other hand, a question that I would have, and that’s come up, is how are you making admissions decisions without the exam?”

Testing bias is one of the most common arguments against standardized testing. An example of an SAT question containing bias is this one: A runner is to a marathon as a _____ is to a _______.

Here are the possible answers:

The answer is “C.” But since oarsman and regatta are words that may be more familiar to students that were raised in families with means, the College Board removed this question from the SAT.

Weinberg senior Valeria Werner said in an email that students who can afford to, hire tutors, buy study materials and take the test several times. “I think the ACT (and) SAT are more a reflection of strategy and test taking ability rather than intelligence and hard work,” Werner said.

But, like many in the broader debate around standardized testing, Northwestern students support both sides.

McCormick junior James Jia, who said he scored 1550 on the SAT, sees it differently. Standardized tests, he said, should be considered as part of a more holistic approach.

“Accompanied with other measurements such as extra-curriculum and awards, etc., I think it’s a good model for admission,” Jia said. “However, if the University thinks otherwise, I’d like to hear about their alternative plan.”

Money may be one reason these tests have persisted for so long.

As nonprofits, these companies paid $0 in taxes on their revenue less expenses for these periods.

The SAT and ACT may also be entrenched in the admissions process because they allow admissions committees to make snap judgments about candidates. In Northwestern’s case, 84.9 percent of students from the class of 2023 had SAT scores that ranged between 1400 and 1600. These numbers indicate that NU’s admissions committee admits few students with less than superb SAT scores.

For Economics Prof. Mark Witte, there’s another reason why the SAT and ACT have persisted: prestige and bragging rights.

“One thing that the SAT matters a lot for is colleges trying to show that they’re better than other colleges,” Witte said. “A lot of gaming goes on to get the average SATs as high as possible. Just like a Canada Goose coat doesn’t really keep you much warmer than a good coat from Target, but it’s all about the impression these things make on others.”

Personality testing has been suggested as an alternative to standardized assessments. These tests measure who an applicant is instead of what they know. An example of such a test is the Big Five personality test, which measures a person’s openness, conscientiousness, extraversion, agreeableness and neuroticism. In one study, researchers concluded that a person’s conscientiousness “predicted (their) college GPA, even after controlling for high school GPA and SAT scores.”

Ultimately, though, Matthews said there is no simple answer as to whether Northwestern should eliminate the SAT and ACT permanently.

“I just think that right now, we don’t have enough information to really kind of answer that,” Matthews said. “(We) need to be aware that if we do remove the test, what are the other ways that other biases or problematic judgment calls can come up in the admissions process?”