Amid calls to boycott Lightfoot’s commencement speech, a look at the Chicago mayor’s history on policing 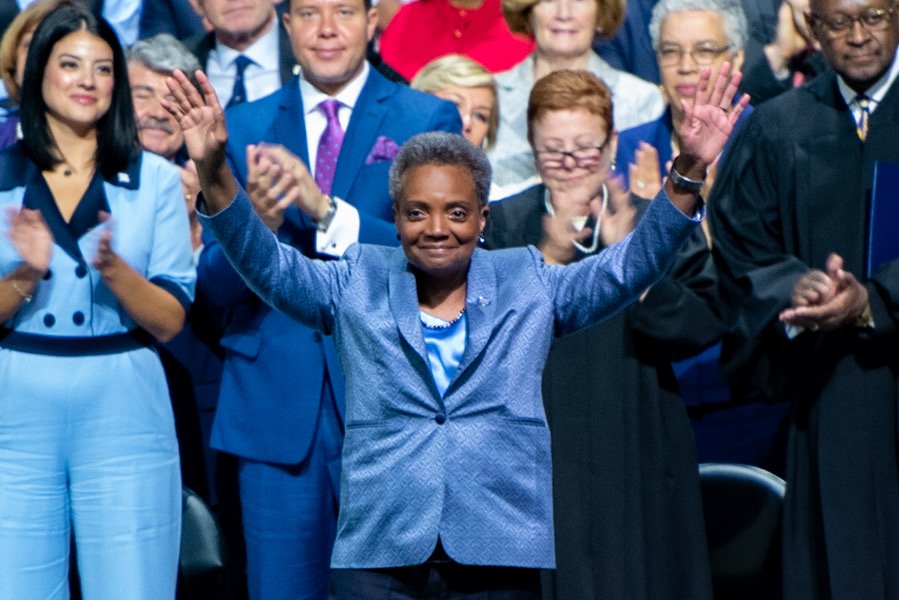 On April 22, Northwestern announced Chicago Mayor Lori Lightfoot as the virtual commencement speaker. In the eight weeks that have since passed, protests against police brutality and racial injustice have grown in cities across the country.

Both the protests and police brutality pose challenges that many critics say Lightfoot has failed to meet — even before the past few weeks.

The Daily took a look at Lightfoot’s history on policing and the student calls to boycott commencement if she remains speaker.

Last April, Lightfoot won 73 percent of the vote in a landslide election, becoming the first black woman and first openly gay person to lead the city of Chicago. She campaigned on a platform based on investing in neighborhood schools and reforming the Chicago Police Department.

As the former chair of the Chicago Police Accountability Task Force and president of the Chicago Police Board, Lightfoot attempted to address issues surrounding the police force and abuse. After a Chicago police officer fatally shot Laquan McDonald, she criticized former mayor Rahm Emanuel’s failure to implement the changes recommended by her task force. Emanuel’s decision to appoint his own police chief outside of her board’s recommendations only increased frustrations as the two butted heads.

Throughout the mayoral campaign, she supported eliminating the CPD’s gang database, implementing civilian oversight of the police and abolishing U.S. Immigration and Customs Enforcement.

While some heralded her as a political outsider, others remained pessimistic about reform. And her 2020 budget proposal features a 7 percent increase in the CPD budget  — the type of decision many protests throughout the country have decried.

The liberal mayor’s response to protests

Fast forward one year,  Lightfoot’s response to protests following the killing of George Floyd by a Minneapolis police officer has come under fire.

Under her tenure, Chicago Public Schools — the nation’s third-largest district — suspended its meal distribution program on June 1, citing safety concerns surrounding protests. At the time of the suspension, the program had provided over 12.5 million meals since the start of the coronavirus pandemic. In response, the public criticized the Lightfoot administration for cutting off many children’s access to food. After one day, the program resumed.

It wouldn’t be the last time critics said she failed to prioritize student safety. At Wednesday night’s city council meeting, she doubled down on her opposition to the removal of police officers from CPS.

Lightfoot has also said she will not defund the CPD, though she called for an investigation into its response to recent protests. She added “the vast majority of officers” are “doing their job the right way.”

The calls to remove Lightfoot as commencement speaker

All of these concerns and more culminated in a letter asking that NU disinvite Lightfoot from speaking at tomorrow’s commencement.

The letter, written in solidarity with black students and organizers calling on the University to divest from police, has garnered over 800 signatures. If Lightfoot speaks, the letter states that members of the Class of 2020 will instead boycott virtual commencement, refuse to participate in the #NU2020 advertising campaign, refuse to give a senior class gift and won’t make alumni donations in the future.

Instead, those who signed the petition will reinvest those funds into black communities “that NU continues to actively harm,” the letter states.

“We are tired of NU’s empty promises and hollow emails. We are tired of Mayor Lightfoot working to uphold a system that so actively harms our black students,” the letter states. “We demand change.”

The letter also points to Lightfoot’s curfew, announced 20 minutes before it was set to start, which signees argue “enabled the Chicago Police Department to further criminalize and penalize folks who were protesting.” Through Gov. J.B. Pritzker’s deployment of the national guard at Lightfoot’s request, the petition states Lightfoot put black residents in danger.

The letter also notes that one member of the Class of 2020 is recovering from a fractured wrist after being maced, tear-gassed and thrown to the ground by police. Lightfoot, the petition stated, bears responsibility for the actions taken by police.

“We demand the university disinvite the mayor from commencement in light of the pain and suffering she and her police force have caused the City of Chicago, especially its black residents,” the petition states. “Having Mayor Lightfoot speak at commencement would be a slap in the face to black students and to members of our class who were brutalized by Chicago police last weekend.”

On June 16, the commencement co-chairs sent an email to prospective graduates acknowledging their “feedback” about the ceremony. The email doubled down on the decision to make Lightfoot commencement speaker, saying she embodies the principle of making one’s voice heard on important issues. A trailblazer who has broken barriers, the email said Lightfoot is “a strong voice on racial disparities amid the COVID-19 pandemic.”

The email acknowledged that commencement is occurring on Juneteenth, a holiday many students will commemorate as well. It also noted that some students could take part in the Million Man March, planned for downtown Chicago and around the world, on the same day.

Some students are calling on other students in Evanston to join that march instead of partaking in virtual commencement.“Rather than simply ignore Lori Lightfoot, let’s make her listen,” the event details say. “In our first moments of our adult lives beyond Northwestern, let’s take physical action and march to City Hall in celebration of Juneteenth and solidarity with the BLM movement and call for Lori Lightfoot to take action to defund dismantle the CPD.”

– Northwestern community expresses excitement about Lightfoot’s election, though some remain pessimistic about reform