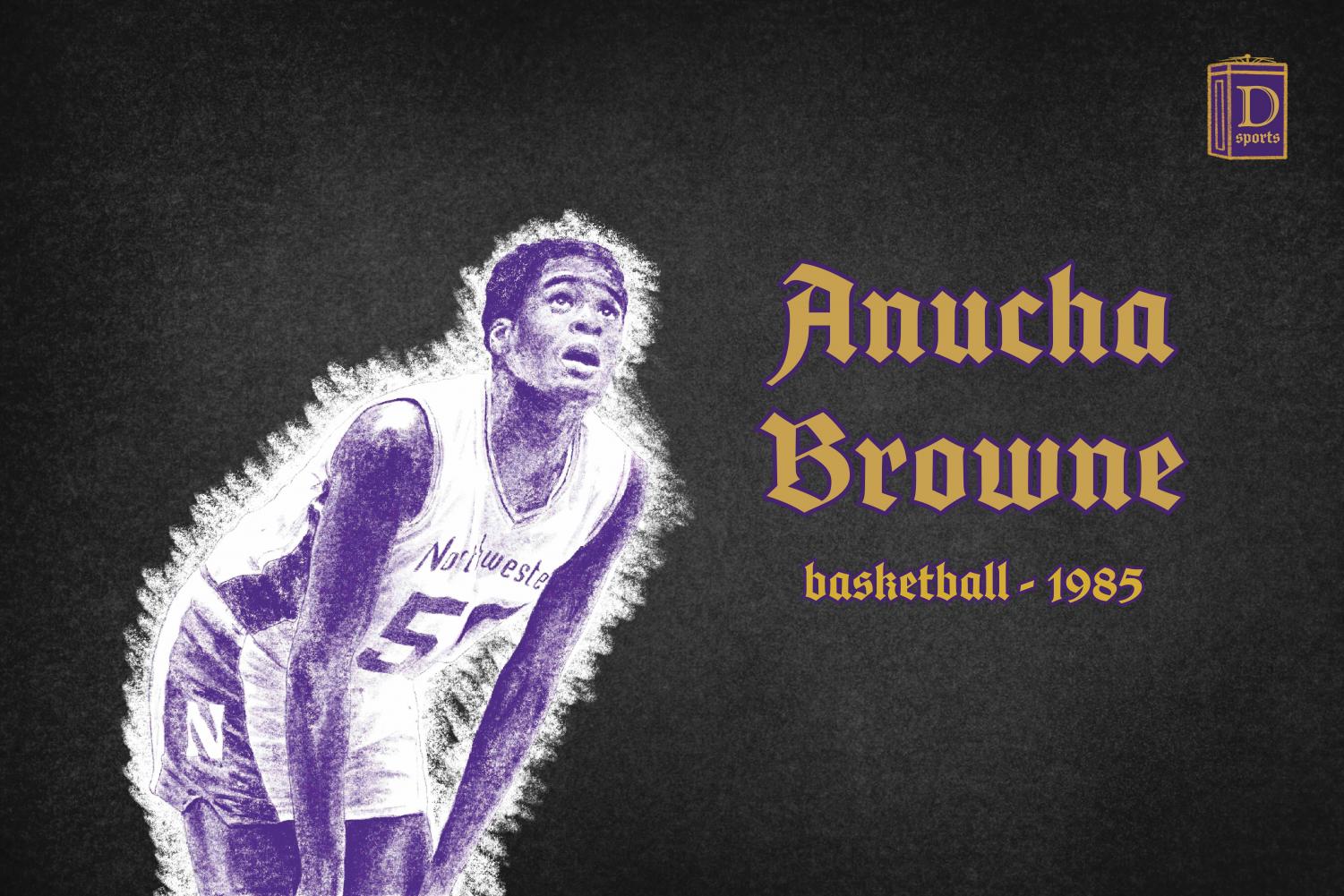 How difficult is it to average 30 points per game for an entire basketball season?

It’s almost impossible. Reaching 30 points in a single game usually marks the best game of one’s career. Even for the best scorers, the 30-point plateau is difficult to reach — Lindsey Pulliam has done it only three times in her three seasons. Since the 1981-82 season, only 14 men and 10 women have averaged 30 points for a season at the Division I level. It takes an otherworldly season — and then some — to do it. In Trae Young’s mind-blowing freshman campaign at Oklahoma a few years back, he only averaged 27.4 points per game.

But during the 1984-85 campaign, Northwestern’s Anucha Browne had that mythical season. She averaged 30.5 points per game — the best scoring average in the country and the seventh-best mark in Division I women’s history. On top of that, she nearly averaged a double-double with 9.2 rebounds and also led the team with 2.3 steals per game and 1.3 blocks. And she did this before the advent of the 3-point line in college.

She was named Big Ten Player of the Year and Great Lakes Region Player of the Year, and was a consensus First Team All-American. She was also nominated for both national player of the year awards — the Naismith Trophy and the Wade Trophy — but lost both to USC’s Cheryl Miller, one of the best women’s basketball players in history.

From the first game of the season, Browne proved she was operating at an elite level. In a season-opening victory over Illinois-Chicago, the 6-foot-1 big scored 35 points, including 15 in the final nine minutes. At the time, the 35 points tied the school record for most in a game.

“I’m not even looking at points this year,” she said after the game. “I used to worry about that a lot last year, but now I’m not.”

The Flames game was the start of arguably the best scoring stretch in Northwestern basketball history. Over the first six games of the season, Browne dropped at least 30 in each one. Against No. 2 Old Dominion on Dec. 1, 1984, Browne scored 30 in a heartbreaking 87-85 loss. Four days later, Browne scored a program-best 40 points and blocked six shots in a 84-83 loss to Northern Illinois.

But her best game came in the sixth contest of the stretch. Playing against St. John’s in her hometown of New York City and with her family and friends in attendance, Browne put on a clinic. She once again broke the single-game scoring record, this time by scoring 45 points. She also snatched 17 rebounds, blocked six shots and nabbed four steals. Her 45 points and 20 made field goals are both still school records.

Browne continued to produce in Big Ten play. She opened conference play with a 30-point performance and never looked back. A few weeks later on January 27, she dropped 44 points at Welsh-Ryan Arena against Minnesota, shooting 17-for-34 from the field and leading the Wildcats to victory.

“To tell you the truth, I don’t really know how I scored so many points,” Brown said after the game. “I didn’t realize I was anywhere near 44.”

She surpassed 2,000 career points a week later when she dropped 28 in a win over Michigan State. On February 15, she broke the then-Big Ten record for points in a career against Illinois. The game was not stopped to celebrate the occasion because the Fighting Illini head coach — who after the game proclaimed that “Anucha Browne is awesome” — didn’t want to lose momentum. She then scored 23 points in the first half alone against Iowa the following week.

While it may not have been on Browne’s mind during the UIC game, her point totals had become impossible to ignore as she kept blowing benchmarks out of the water.

“I wasn’t thinking about (scoring) much at the beginning of the season, but now I kind of am,” Brown said after the game against Illinois.

Browne’s 1984-85 season was all over the record book, and still is to this day. NU’s top three single-game scoring records all hail from that season, as do the top two spots in the single-game field goals made list. Her 1984-85 numbers are No. 1 in single-season total points, field goals made and field goal attempts, and No. 2 in free throws made. And, of course, there was her 30.5 points-per-game average.

No Northwestern hooper, before or after, has come close to reaching Browne’s 30.5 points per game mark. On the men’s side, Dale Kelley has the best single-season scoring average with 24.3 in 1969-70 while Kristina Divjak is behind Browne on the women’s list with 22.1 points during the 1997-98 season.

Before that 1984-85 season, Browne was already known as one of the best players in college basketball. She had averaged more than 20 points and nine rebounds for both her sophomore and junior seasons while being named Big Ten Player of the Year in 1984, and was a nominee for the Naismith Trophy and the Wade Trophy.

Browne was going to go down as an all-time great no matter what happened her senior season. But instead of settling for sustained excellence, Brown put together a final campaign that will likely remain unmatched in the history of Northwestern basketball.