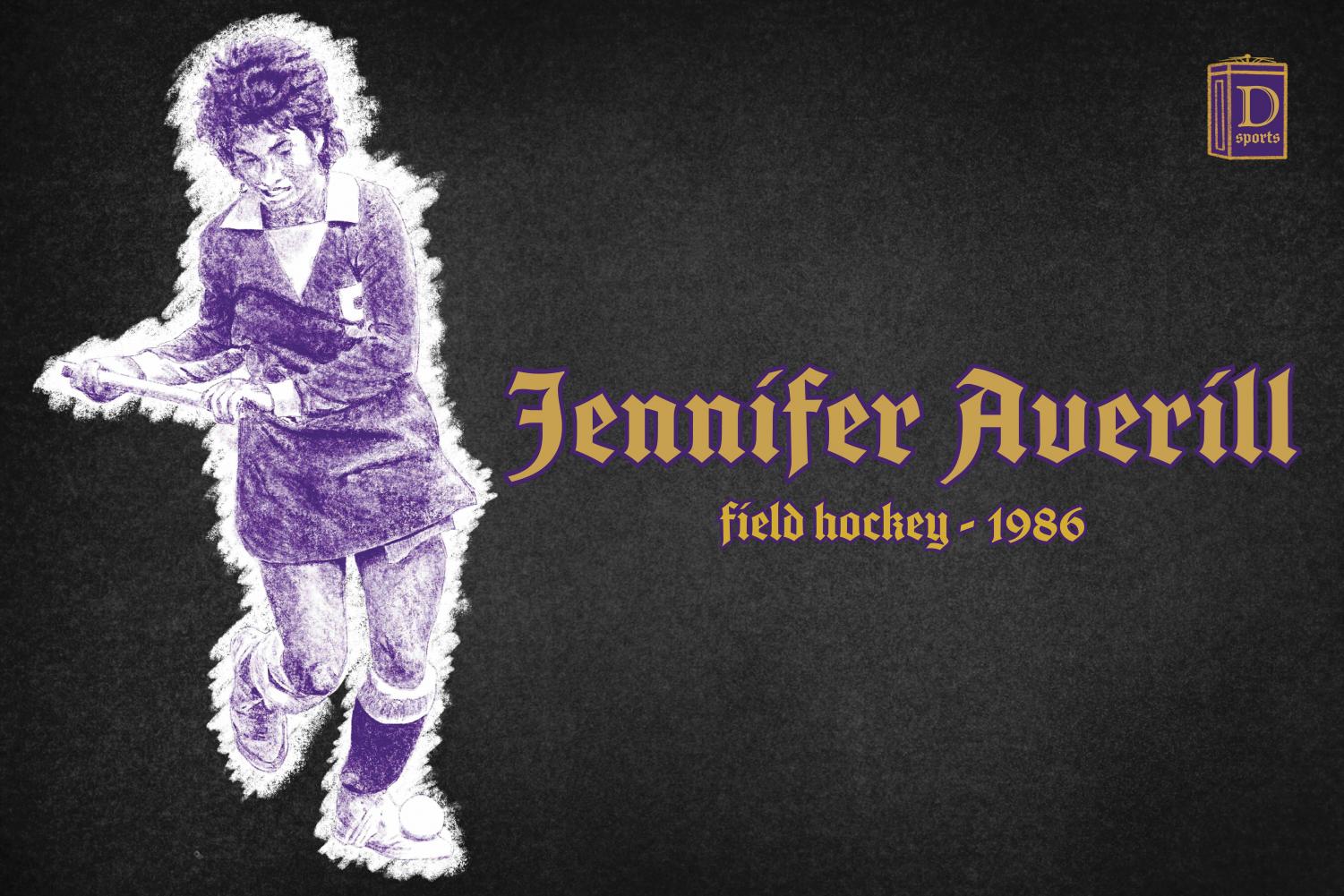 But Jennifer Averill was a program-altering player, culminating in an astounding 1986 season. Averill was a two-sport athlete in field hockey and lacrosse, but field hockey was where she truly shined. Averill (SESP ’87) was the Big Ten and Northwestern Female Athlete of the Year for the sport in 1986, as well as the Honda Broderick Award winner for the nation’s best college field hockey player.

Despite her individual accolades in the 1986 season, the prior season brought along the team’s NCAA Final Four appearance and first-place Big Ten finish. But the Wildcats made it to the second round of the NCAA Tournament and came in second in the Big Ten in 1986, still showcasing field hockey prowess.

Averill is one of the greatest players in NU field hockey history, and a prominent figure in the field hockey world today as the head coach at Wake Forest. But because field hockey was (and still is) not nearly as popular as other college sports, there’s very little video footage out there of her time with the Cats.

As a four-time All-American in the sport, Averill was clearly a difference-maker for NU. The Cats’ first-ever NCAA tournament appearance — which was also their first Final Four — was in Averill’s freshman season in 1983. The season began a streak of nine straight tournament appearances.

Her presence on the team helped develop NU into the program it has become. Now that she’s almost 30 years into a successful coaching career at Wake Forest, it’s likely her influence on the team was much more than just her playing abilities. She got into coaching only two years after graduation, and had secured the Wake Forest job by 1992, which she still holds today.

Averill had only been playing the sport for four years when she matriculated at Northwestern, and yet became an All-American during her freshman season. The amount of skill she was able to build up in such a short time is awe-inspiring. With that development curve, her becoming a successful college coach and becoming the architect of the Wake Forest program, similarly to how she helped uplift the Cats, makes a lot of sense.

Averill’s success went beyond field hockey and onto the lacrosse field. Multi-sport athletes were common at the time, but given the dedication and time required to become a college athlete, it’s almost unfathomable now to imagine what a two-sport life would look like.

It’s hard enough to find video of field hockey during the season, much less video from 1986, and it’s disheartening to not be able to see some of the architects of the program play. Unlike with revenue sports like football or basketball, the development of the sport is hard to track. There’s very little to look back on and learn from.

To go back to 1986 would mean not only seeing Averill’s brilliance, but also witnessing the players develop a competitive and inspiring program.