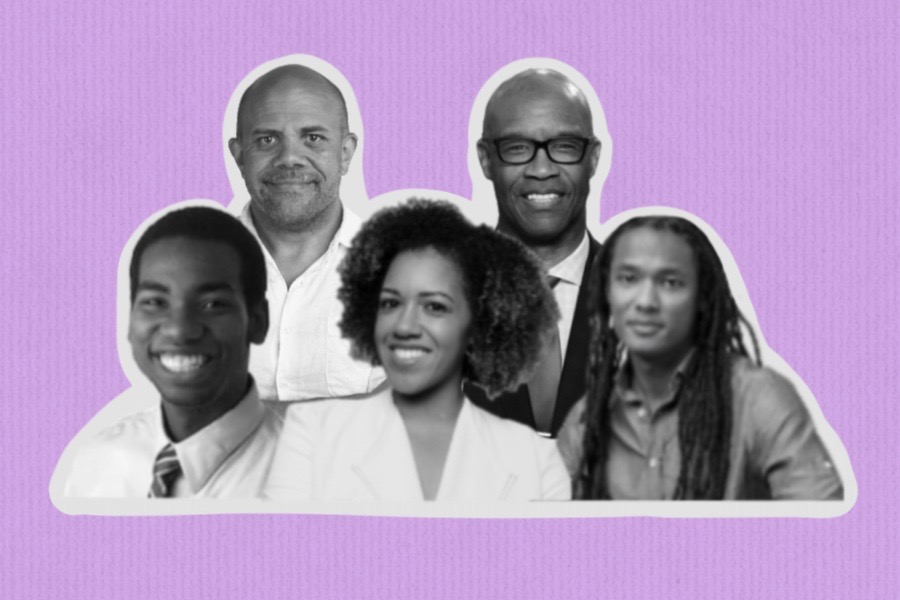 Robert Samuels (Medill ’06) was reporting on anti-Trump protesters at one of the then-candidate’s 2016 campaign rallies in Louisville during the primary season for The Washington Post. As he took notes on the crowd’s commentary as protesters were escorted out, Samuels saw one of the phrases he hastily wrote down was actually directed at him: “Look at the monkey write,” he had accidentally scribbled.

Before he knew it, police officers who believed Samuels was part of the protester groups he was covering appeared, ready to escort him out. Samuels said he could show them the reporting credentials in his pocket. A black officer eventually allowed Samuels to pull them out and prove he was part of the press. But the officers told him the badge was fake, and Samuels had to finish reporting outside the building.

“It was one of the most traumatic experiences of my life,” Samuels told The Daily. “There’s a real emotional damage to the parade of mass shootings, covering these sorts of things like riots and rallies — there’s a toll.”

Thousands of black journalists in the United States, like Samuels, are again reckoning with rising protests against police brutality across the country. Because of their identities, many reporters view their role as a sometimes difficult one to navigate.

From unfair expectations to white editors to uncomfortable newsroom interactions, black journalists often face many problems in their newsrooms — offices that lack diverse staff to begin with.

According to the 2018 diversity survey by the American Society of News Editors, only 7.19 percent of reporters in responding newsrooms are black — an increase from 5.64 percent in 2017. Within leadership, that number drops slightly to 6.45 percent. In comparison, white reporters make up 78.18 percent of the workforce and 82.42 percent of leadership positions. Representation of other racial minorities is even lower.

When Dean Charles Whitaker (Medill ’80, MSJ ’81) entered the journalism workforce, he said he came up with a large cohort of young, African-American journalists. Coming of age after the Civil Rights Movement, he said it seemed as though all sorts of opportunities were opening up for people of color.

He likened the dynamic opportunities for black journalists to Reconstruction after the Civil War, when African Americans saw momentary gains in higher political positions, only to disappear from these ranks decades later.

“It almost feels the same in journalism, as though those opportunities have been swept away. And it’s really disheartening,” Whitaker said.

He attributed some of that contraction to “the shifting sands of the business model.” As corporate consolidation and the digital revolution swept the industry, it simultaneously swept away many of his contemporaries who could have advanced into leadership positions and affected change.

For those that do navigate the industry, there is an emotional labor that often isn’t compensated. When Medill Prof. Steven Thrasher used to write for The Guardian, most of the black writers on contract there wrote for the opinion page. Those writers, he said, were encouraged to write about “the most vile, horrible things” that happened to them — the names they were called, their trauma. And freelancers, he said, sometimes make just a couple hundred dollars per piece.

“So you’re getting paid not that much for doing really traumatic work that can leave you very exposed,” Thrasher said.

An internal study at The Guardian, Thrasher said, further confirmed that exposure. When he worked there, the site would flag or remove racist or derogatory comments. When they looked at more than 2,000 writers over 10 years to see who had the most comments removed, Thrasher made the top 10, even though he had only been there for two years. A Muslim man and eight women — four of whom were women of color — made up the rest of the list.

For Thrasher, the study was a reminder of the vitriol journalists of color receive and the “psychic space” it takes up.

“And that’s one of the things that feels hardest, is just how much time and energy it takes,” Thrasher said. “And I’m very happy to be black and gay. But I sometimes feel curious, like ‘How much more time would I have in my life if I wasn’t dealing with these things’ — which I think is a common sentiment.”

In the wake of protests against racism across the nation, many journalists are taking to social media to discuss unfair treatment in newsrooms.

The New York Times made the news on Wednesday after running a column written by Sen. Tom Cotton (R-Ark.) then titled, “Send In The Troops.” While the newspaper has tight guidelines concerning speaking out against in-house pieces, dozens of black journalists tweeted that the column’s call for military intervention to quell protesters put lives — like their own — at risk. Within the next few days, other black reporters tweeted about their negative experiences and discrimination at the Times and similar national outlets — an unprecedented move.

Medill Prof. Arionne Nettles (Medill MSJ ’16) said many journalism professors, including herself, tell students to be cautious when posting online so they don’t jeopardize future opportunities. However, she noted the importance of established professionals speaking out on social media because many younger journalists can’t.

“I’ve been in newsrooms where I couldn’t really say anything, I was so afraid of saying anything out of turn, but now I’m at a position where I can, so it becomes your duty,” Nettles said. “What the journalists at The New York Times did, I think that’s so admirable because they did put a lot on the line. To speak out against your employer is tough and hard and scary, and they did it.”

Discrimination in the field

When Chicago-based CNN correspondent Omar Jimenez (Medill ’15) was arrested on camera in late May while reporting on protests in Minnesota, he became part of the same news cycle he was covering. His white colleague notably left the encounter unscathed, while Jimenez was in police custody for about an hour, prompting an eventual apology from Minnesota’s governor.

Several sources shared their own “reporting while black” experiences with The Daily — from the many doors slammed in Whitaker’s face while he reported for his Journalism Residency (then called Teaching Newspaper), to the time police officers questioned New York Times correspondent John Eligon (Medill ’04) when he covered the Ferguson uprisings in 2014.

Officers approached Eligon in a parking lot and tried to get him to leave because of the city’s curfew, despite his press pass. He got into his car, but eventually, a supervisor came out and checked his credentials, allowing him to continue covering the protest.

“I’m just a black guy standing at the street at that point,” Eligon said, “and they didn’t give a damn what ID I had on or who I was.”

In recent weeks, there have been several instances of journalists being targeted by police officers, especially through physical attacks with rubber bullets or tear gas. These incidents add to the sense of the profession being under attack, Eligon said.

Though the threat may seem equal at first, he added that there are differences between himself and a white journalist out in the field who can clearly indicate they’re working.

“Being a black journalist, that makes it even scarier to go out there because these are white journalists, with big cameras, they’re clearly reporters. They’re clearly not protesters out here,” Eligon said. “So me, as a black man who doesn’t have the camera — just has a pen and a pad and a (pass) around my neck — this is who I am.”

The past, present, future of Medill

Over the past few years, Medill has faced its own share of racial discrimination issues. For example, during a Media Law and Ethics class in 2016, a guest speaker showed graphic footage of a white police officer killing Laquan McDonald, a black teen from Chicago, and presented the video as part of a discussion about broadcast ethics.

Whitaker said faculty are having conversations about identity, cultural competency and infusing those ideas into the curriculum. Medill, and the journalism industry in general, has contributed to the “erasure of identity,” Whitaker said, by ascribing to notions of objectivity that ignore race.

“There’s fairness and balance, but what does that mean as opposed to objectivity?” Whitaker said “We thought that objectivity means to be ‘color blind’ and not see race. And that’s not right.”

These concepts are difficult to understand and teach, Whitaker said, especially in a diverse setting. Faculty are trying to figure out how to help privileged students think about these issues while also making space for people of color in these conversations that don’t put them “on display.”

Nettles is this quarter’s lead instructor for the mandatory Multimedia Storytelling course. She said many of her students came to their final classes last week with questions, eager to discuss issues like the ethics of protest coverage, as well as the role of balancing being a human being and a reporter.

Samuels, the second black Daily Northwestern editor in chief, said after leaving Medill, journalism has taken him to towns where he’s the first black person a source has ever really spoken to, much less invited inside their home for an interview.

But after some negative experiences, Samuels said he wished there were some sort of “playbook” for black journalists in difficult situations. He said Medill could be considered a very conservative school journalistically, which often works to its advantage — however, what gets lost is teaching the ability to figure out personal techniques to deal with racism on the job.

“There needs to be a greater discussion about what to do or how to handle uncomfortable situations because they’re bound to happen,” Samuels said. “I’ve learned through my years the general rights of reporters, the soliloquy to say when you’re locked out of a public meeting, what your next move should be. Things like that were generally taught. But trying to navigate the trauma as a moment is something a lot of folks I know are just figuring out.”

Clarification: Samuels had to continue reporting outside the building, rather than being allowed to cover the event inside.