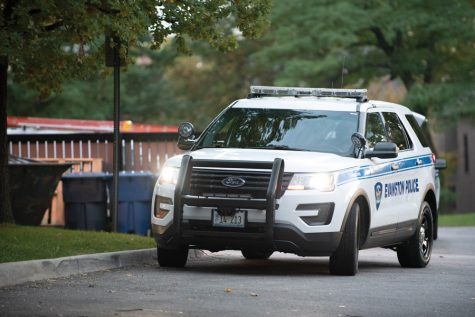 Evanston police chief Demitrous Cook condemned the actions of the Minneapolis police officers involved in the killing of George Floyd and said the Evanston Police Department will review its use of force and de-escalation processes in a Thursday news release.

Cook’s statement follows over a week of national protests and outrage in response to Floyd’s death. On May 25, Minneapolis Police Department officer Derek Chauvin killed Floyd by kneeling on his neck for nearly nine minutes.

Cook said as a black man, he was pained by the MPD officers’ actions. He said those who abuse their power as a police officer “tarnish the badge” and the event has led to self-reflection for the department.

“I recognize that we don’t always get it right, and there are always opportunities to improve,” Cook said in the release. “Accountability must be an ongoing priority for the entire organization from top to bottom.”

As a result of Floyd’s murder and the subsequent protests, Cook said he wants to enact change within the department. Cook also said the department has a “long history” of community engagement and effective problem-solving.

However, EPD has come under fire for its protocols several times this year. In February, Cook posted mugshots, names and personal information of at least 30 of EPD’s known subjects on his public Snapchat story.

On May 27, two days after Floyd was killed, EPD used force to arrest and charge 20-year-old Trent Hunt. As of Friday afternoon, a petition requesting all charges against Hunt be dropped has over 15,000 signatures. Cook has expedited a review of the incident, according to interim city manager Erika Storlie.

Cook said in the release he plans to continue EPD’s community-facing programs as soon as it’s safe to do so. In the meantime, he said the department’s procedures will undergo a thorough review.

“This healthy dialogue must be on-going and intentional,” Cook said. “This is a real and unfortunate moment in history that as a community we can grow from.”