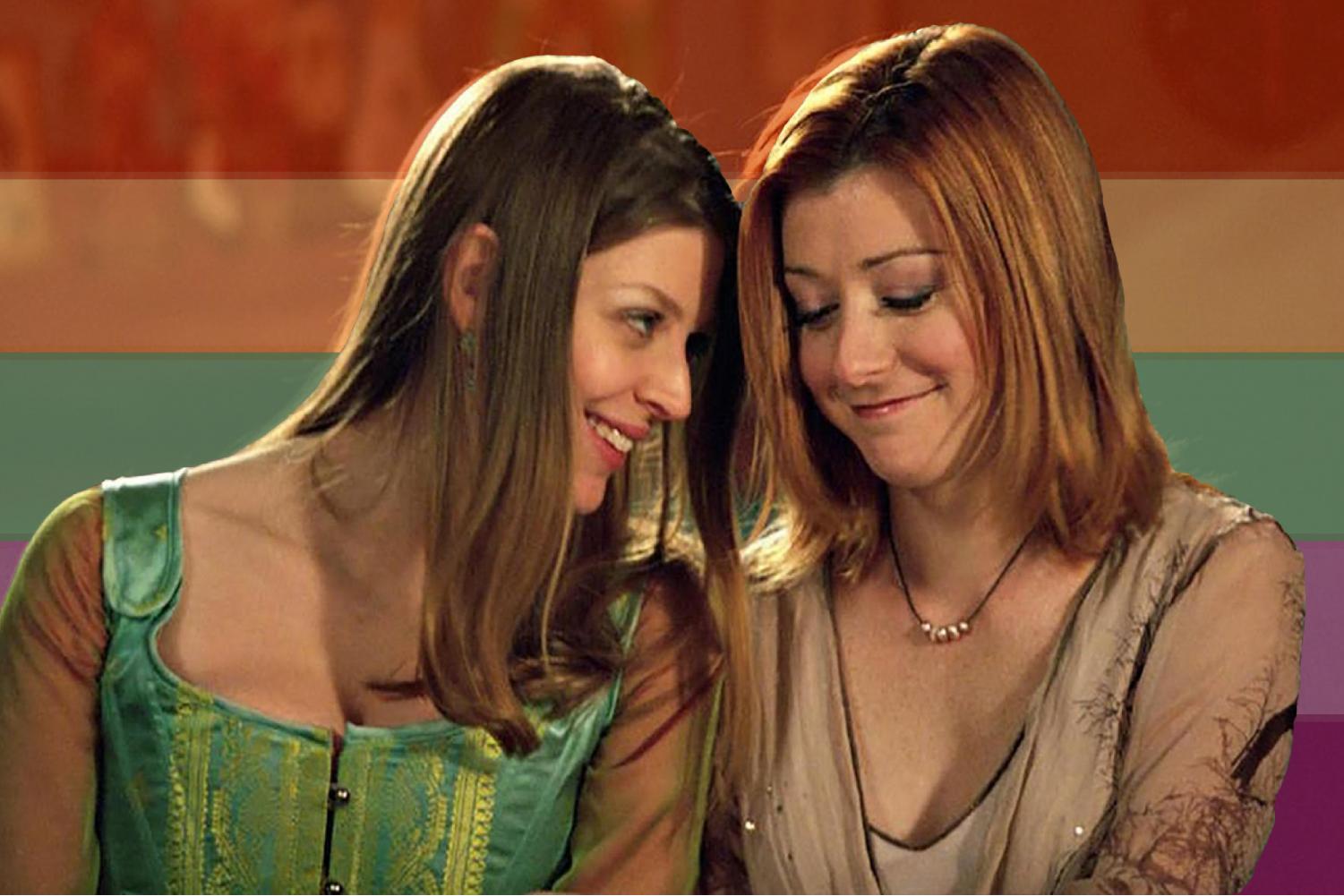 Willow and Tara in “Buffy the Vampire Slayer.” (Courtesy of Warner Brothers Television)

Willow and Tara in “Buffy the Vampire Slayer.”

The Magic of Good Representation: The impact of Willow and Tara, more than 20 years later

Wait, let me go back. Alyson Hannigan, as Willow Rosenberg in “Buffy the Vampire Slayer” — which I watched religiously on DVD and then Netflix throughout middle school — was the first television character who I remember understanding was a lesbian. Like, in a cool way. Sure, it took her several seasons to figure it out, and yes (spoiler alert!) they killed off her first female love interest for no good reason other than homophobia, but this essay is not about that.

(There is a plethora of essays about Willow and Tara’s relationship, their first kiss and the “Bury your Gays” trope as a whole. While a very valid and persistent issue in entertainment, I was blissfully unaware of the show’s more problematic points as a 12-year-old and I would like to, therefore, pretend that Tara was killed off because she had to be to further the plot. And we’re going to leave it at that.)

Based on a terrible (or so my mom has informed me) movie of the same name, “Buffy the Vampire Slayer” was a tragi-comedy series that aired from the late 1990s to the early 2000s about a 16-year old girl chosen to kill “the vampires, the demons and forces of darkness.” Buffy Summers fulfills her duties as the chosen Slayer with the help of adult Watcher, Giles, and “the Scooby Gang,” a rotating group of friends led by Xander and Willow. When they first meet in high school, Willow is brilliant but awkward. Throughout the ensuing seven seasons, she becomes an incredibly powerful witch, wreaking havoc on their small California town more than once when her powers — or feelings — get out of control.

So, what was the appeal of Willow? At the time, in my very know-it-all tween opinion, her fashion sense rivaled all of the more conventionally attractive characters in the show. Buffy and Cordelia (mean girl turned Scooby Gang member) wore teensy shirts and low-rise jeans that pudgy 12-year-old me was literally terrified thinking about wearing, but early Willow always looked adorable and put together, often sporting fun sweaters, an array of overalls and many, many bucket hats. I wore a horrible uniform all of middle school, so you can guess whose style I identified with more. Aside from that, Willow was unapologetically intelligent, fiercely loyal and definitely gay. 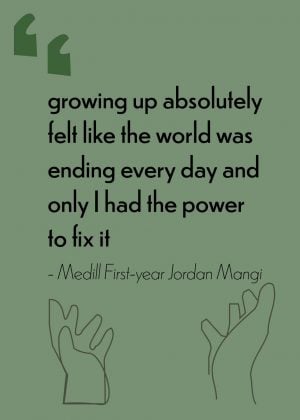 I think Willow’s queerness was actually spoiled for me by a better pop-culture-versed friend, so it was something I looked forward to during the first several seasons as she hopelessly fawned over Xander and dated guitarist/werewolf Oz. Then, when the gang goes to college, Willow (who had recently discovered her magical powers) joins a Wiccan club made up of fake, wannabe witches. Except, of course, for Tara Maclay.

The grace with which showrunner Joss Whedon handled the beginnings of Willow and Tara’s relationship was, at that point in my television/movie watching career, unparalleled. This central character, who we had previously only seen in relationships with men, meets a girl and almost immediately falls head-over-heels for her. When her ex, Oz, returns from getting his werewolf tendencies (?) under control, Willow picks Tara over him, sealing their fate.

That “aha!” moment resonated a lot with me. I was incredibly lucky to grow up in a liberal place, with liberal family members (some of whom are queer) and not have to worry much about being accepted. Instead, when presented with options to define my sexuality, saying that I liked girls came pretty effortlessly. Willow declares her love for Tara just nine episodes after meeting her, in a plotline unscathed by a dramatic coming out or reconciliation with unaccepting friends. That kind of non-traumatic representation matters. Gay characters were, in most of the other shows I watched, often queer-baited or dragged out of the closet in uncomfortable situations. Willow sails right by coming out and lands in one of the best and healthiest relationships in all seven seasons of the show.

As Willow and Tara’s relationship grew stronger, so did Willow’s magical powers. This metaphor wasn’t lost on me, even as a kid. While I was starting to find words to express how I felt about girls, Willow was too. And once she did, she was able to focus on other awesome, badass things like almost destroying the world and bringing people back from the dead. Although the supernatural parts of “Buffy” didn’t literally apply to the lives of real teenagers, it wasn’t difficult for me to put myself in their shoes. Both Buffy and Willow discover they wield massive power that comes with huge responsibilities and expectations, and though I haven’t (yet!) learned of any magical powers myself, growing up absolutely felt like the world was ending every day and only I had the power to fix it. 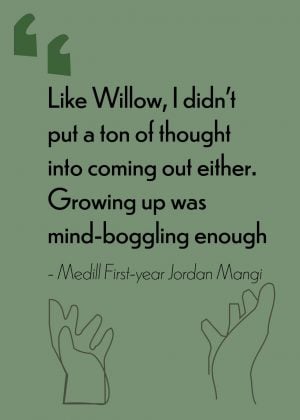 I was both early and very, very late in watching “Buffy.” The show ended about a decade before I started it, and though I was probably too young for some of its content, it became a driving force in my growing-up and coincided with my coming out. There’s so much to be said for seeing someone like you on TV, and Willow — with her fantastic power and loving girlfriend — felt like someone I could be one day (maybe witchiness included?). The lack of focus on her sexuality was particularly validating. I’ve been rewatching it in quarantine, and I struggle to think of another show where a main character’s queer identity is so inconsequential. So much insane shit was happening in Willow’s life on a daily basis that was scary or dangerous, but being queer was simply not one of those things. Like Willow, I didn’t put a ton of thought into coming out either. Growing up was mind-boggling enough.