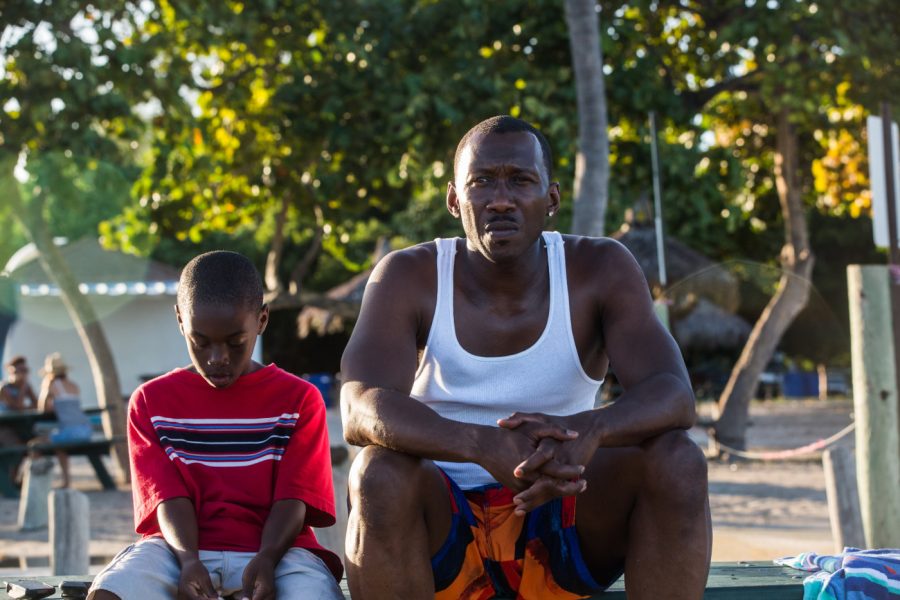 Three years ago, I watched the Academy broadcast a now-infamous mix-up in which they announced the wrong film for Best Picture. After an awards season in which “La La Land” and “Moonlight” were pitted against each other, Faye Dunaway announced that “La La Land” won, forcing the producers to correct the error and allow the “Moonlight” crew to take home the award they deserved. It was a mistake that was callous at best, and at worst, an insult to the best depiction of queer love in modern cinema.

Yet, it took me until 2020 to see “Moonlight” for the first time, and then the second. As if there wasn’t a consensus, here’s my unwavering review: “Moonlight” is incredibly beautiful. It is painfully tender. The film radiates love in every scene.

Through writing for Reel Thoughts for the last three Monthly issues as a person who is too lazy to watch movies, applying critical analysis to film has changed how I view the queer gaze in cinema. And the use of the queer gaze trope in “Moonlight” is what makes it the greatest modern queer film of all time. 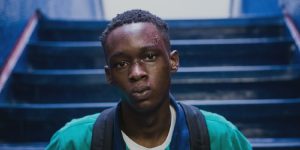 In the Barry Jenkins film, Juan (Mahershala Ali) tells “Little” (Alex Hibbert) that an old woman told him in Cuba that when the moonlight shines on black boys, they look blue. Blue is Juan’s old nickname. Blue is the color of the sea Little likes to swim in. Blue is grief, and then it is longing.

After winning an Oscar for Best Supporting Actor for his phenomenal performance in “Moonlight,” Ali won the same award two years later for his role in “Green Book,” another Best Picture winner.

In promotional photos for “Green Book,” Ali is in the backseat (literally and figuratively) of a blue convertible driven by his white co-star. The film is a white apology through a buddy comedy, “inspired” by real events and a uniquely Caucasian interpretation of racial harmony. Like “La La Land,” a movie about jazz centering two white co-stars, it was tailored to win Best Picture, only this time, it actually did.

It shows that in Hollywood, mass entertainment in general, black and queer creators and artists can simultaneously win and lose. It speaks to an institution that performs its own PR by occasionally defying the incredibly low standards people have in selecting representative and compelling films, only to disappoint again and again.

Three years later and two consecutive watches later, “Moonlight” still triumphs, not only in its imagery but also in portraying unbounded queering of masculinity over time. As Blue becomes Juan, Little grows to Chiron, (Ashton Sanders) then to Black (Trevante Rhodes) over the film’s three acts.

But it’s not just one life — it’s two that exist in the same orbit. Both men have served time in prison, and look back wistfully at the sexual encounter they had with one another as teens. But their paths have diverged. Kevin now has a son, and after their one night together, Chiron has never been with another person. 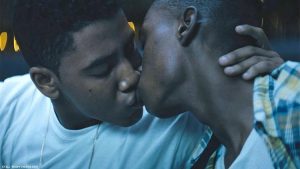 When Chiron tells Kevin this, their gazes connect. It’s the ownership of queerness and masculinity. It’s the same camera that lingers at their every interaction, from their encounter on the beach to when Kevin punches Chiron at their school against his inner will.

The artistic utilization of “the gaze” is similar to that which Céline Sciamma employed in “Portrait of a Lady on Fire.” Both portray people who defy norms in heterosexuality and traditional binary expression of gender. Similar to Moonlight, Portrait also jumps through time, as Heloise goes from a girl who lost her sister, to lover, to the crying wife of a nobleman attending an orchestral performance of Vivaldi’s Summer.

Both depictions are pretty immortal. But in some ways, it is easier for Portrait to detach race and insulate its heroines — like in a secluded island mansion in Brittany during the 1700s — from its narrative.

Moonlight is aware that detachment is unrealistic. Even though it doesn’t depict a single white line-speaking cast, because frankly, they are not part of the narrative, it is aware of the fact that racial contract exists, on and off the screen.

As many black Americans protest in Minneapolis, Chicago and other cities around the nation, it is jarring to see how youth can be implicitly and explicitly weaponized and monitored, how law enforcement and the justice system enforces hypermasculinity and white supremacy.

It also goes without saying that the pioneers of the LGBTQ+ movement have been black queer and trans individuals. During a pride month in which the black members of the community are fighting for their lives, it’s deeply emotional to watch a film that provides so much agency, so much nuance to black queer sexuality. That’s why “Moonlight” is enduring.