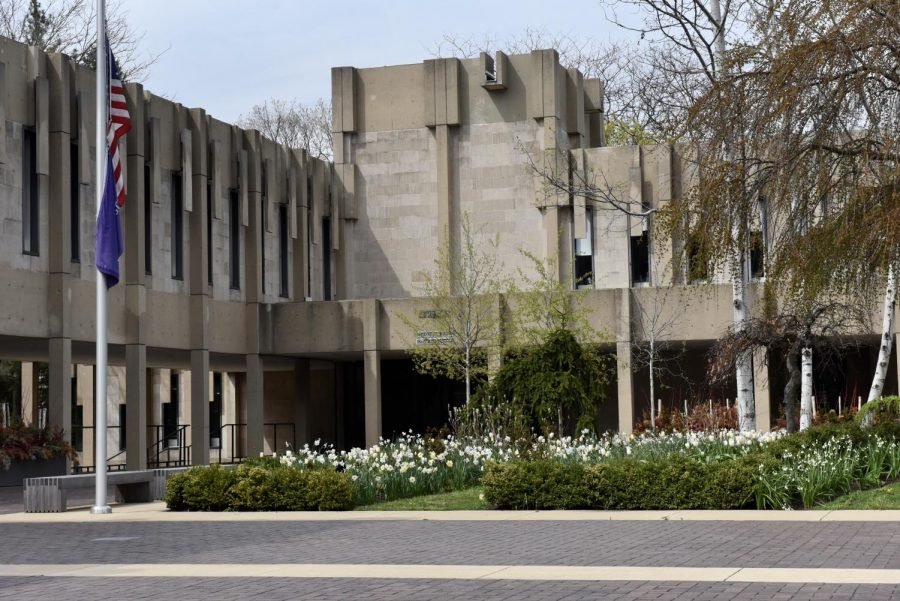 The University released a statement about the recent killings of Floyd, Ahmaud Arbery and Breonna Taylor by police in a Sunday email sent to students.

Northwestern student groups and administrators posted messages in response to a white police officer killing George Floyd, a black man, on May 25.

Over the weekend, student groups and individual students worked to raise funds for the Minnesota Freedom Fund and other organizations assisting those arrested for protesting police brutality. These funds will be used to help pay bail and immigration bonds for those who cannot afford to do so.

In a Sunday email sent to Northwestern students, University administrators released a statement about the recent killings of Floyd, Ahmaud Arbery and Breonna Taylor. The violence is a clear example of “continued racial injustice in the world,” wrote Julie Payne-Kirchmeier, vice president for student affairs. The statement did not include the word “police,” nor mention that it was police who killed Floyd and Taylor.

“Staff, faculty and students have come together individually and collectively to support and process, including participating in protests across the country,” Julie Payne-Kirchmeier wrote. “Each of these actions demonstrates care and compassion, and each inspires hope. Yet, there is more that must be done.”

“Many of the rest of us can barely begin to imagine the personal toll that racism takes on marginalized communities every single day,” wrote Schapiro in a Friday statement. “But we can all increase our resolve to create a Northwestern community, and a world, where all people are accorded the dignity and the safety they deserve.”

The University’s remarks not only come in the wake of national protests but also follows the arrest of CNN Reporter Omar Jimenez (Medill ’15) Friday morning. Whitaker expressed his fear and anger as Jimenez was surrounded and detained by police with little explanation while conducting a live shot.

“I could not help but wonder whether his brown skin marked him for this indignity, and I thought of my own adult sons and the threat they face in a society that still too often demonizes African-American men,” Whitaker wrote.

In addition to raising funds, the executive boards of many student organizations have released statements of support for the black community, highlighting their solidarity.

On Saturday, Northwestern’s black student magazine, Blackboard Magazine, called on organizations “to advocate for the countless black victims that fall at the hands of police and white vigilantes.”

Before Digital Dillo began Saturday, For Members Only said they recognized now is a heavy time for the black community and informed students that they are with them.

“Your emotions are valid — your grief, your anger, your pain, whatever you are feeling,” wrote For Members Only in an online statement.