The Daily Northwestern • May 30, 2020 • https://dailynorthwestern.com/2020/05/30/campus/rapper-rico-nasty-performs-top-hits-talks-national-protests-during-headline-dillo-set/ 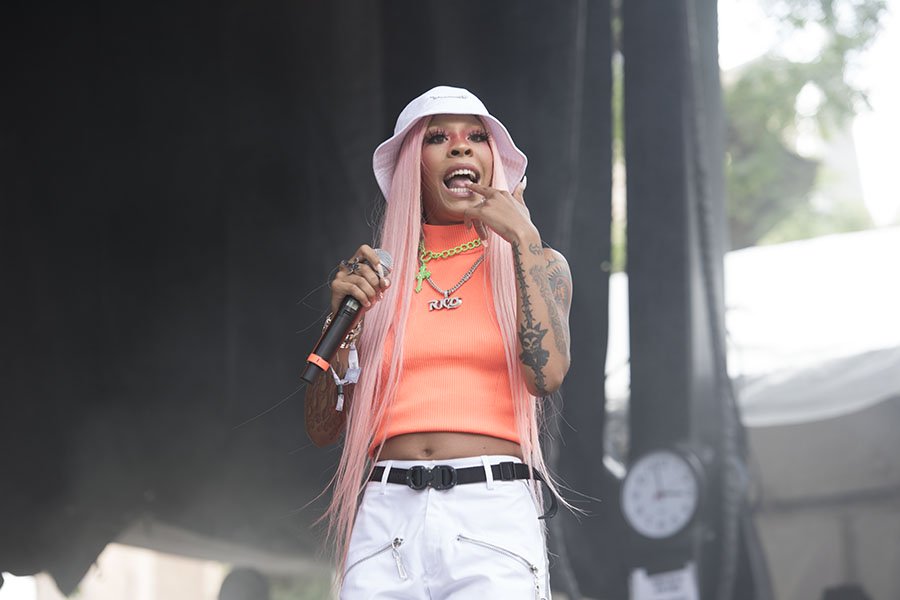 There are many words one could use to describe rapper Rico Nasty — scary, energetic, funny, and above all, extremely talented.

All those qualities and more came through during the Digital Dillo headliner’s set. Rico started her taped set by staring directly into the camera before launching into her 2018 hit “Trust Issues.” For almost 30 minutes, the rapper flew through some of her top hits, including “Countin’ Up,” “Guap (Lala)” and “Hard.” Clips from the popular anime series, Sailor Moon, looped on a TV in the background, while large stuffed animals flanked her on either side.

“In the Spanish culture, ‘rico’ is looked at as rich, good-looking, wealthy, good luck — rico is a powerful thing,” she said. “Nasty, I guess, is the bad part, the ugly part. Similar to ‘sugar trap,’ but just my name. I’m really obsessed with the good and the bad, I feel like some people get caught up in everything being so good, and I always believe in an equal balance of good and bad.”

During the livestream, she also listed some of her biggest musical influences — Missy Elliott, Rihanna and Travis Scott — and named new female artists also from the DMV area that she enjoys.

When asked if she had any words for her black fans who had to miss her Dillo set to join the nationwide movements against police brutality on Saturday, Rico said the protests have been the only things she has been talking about with friends and family.

Rico said that people should continue to share posts about wearing protective equipment like goggles and masks while protesting and fighting “for something that we should have been had.” She added to say she’s tired of seeing posts every six months about someone dying.

“That’s somebody’s son. That’s somebody’s uncle,” Rico said. “Trayvon Martin was somebody’s child. They don’t come back — they’re gone forever… If you listen to my music, you know firsthand that anger is something that I feel like people have always acted like we’re not allowed to be. That’s all y’all giving us.”