The Daily Northwestern • May 28, 2020 • https://dailynorthwestern.com/2020/05/28/campus/top-campus/the-regrettes-announced-as-final-mainstage-artist-for-digital-dillo/

The Regrettes announced as final mainstage artist for Digital Dillo 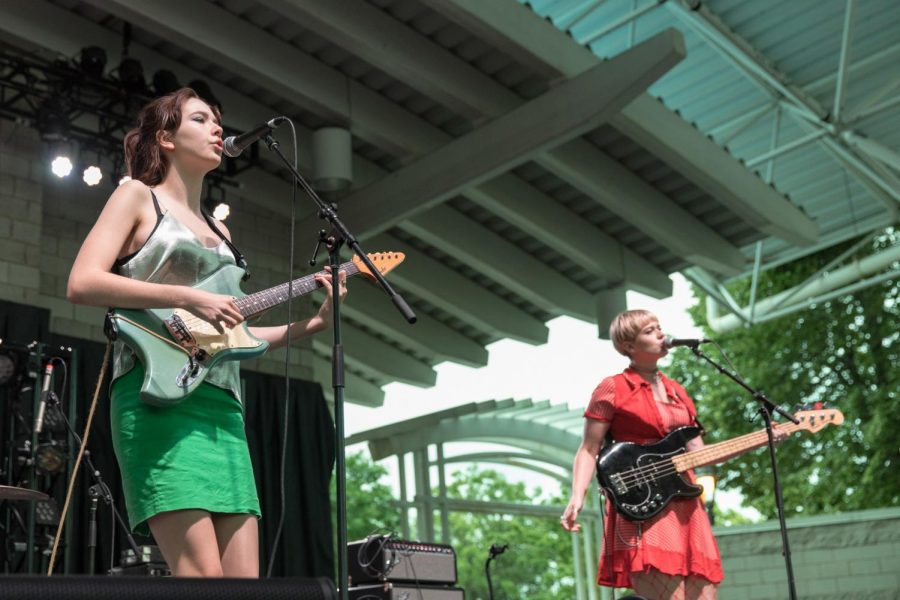 Lydia Night and Sage Nicole of The Regrettes during Summerfest Music Festival on June 29, 2017. The Regrettes will be the third mainstage artist at this year’s Digital Dillo.

Power pop band The Regrettes will be the third and final mainstage artist at Digital Dillo, according to a Mayfest press release.

The group will join rapper Rico Nasty and EDM producer Jai Wolf on May 30 at the virtual celebration, which has been moved online in accordance with the University’s decision to hold Spring Quarter remotely.

Formed in 2015 in Los Angeles, the genre-crossing group blends “the pop sensibility” of doo-wop and surf rock with the “grit” of riot grrrl and modern alternative music, the release said. While many high-energy bands sacrifice sound quality for stage presence, the release noted The Regrettes thrive in live settings. With politically charged songs, their lyrics are meant to be sung along with thousands of others, the release added.

The Regrettes, which has a 3:1 female-to-male composition, emphasizes women empowerment “in a Powerpuff Girls trifecta style,” according to the release. On “Poor Boy” — released in the wake of the Brett Kavanaugh hearings — the group punches back at sexual abusers. At their live shows, the release noted, the band calls for a girls-and-non-binary-folks-only mosh pit.

“We thought there was no better way to kick off Digital Dillo than with the unrelenting spirit of The Regrettes,” the release said. “The band’s bright, summery attitude will undoubtedly get you dancing in your childhood bedroom.”