The Daily Northwestern • May 27, 2020 • https://dailynorthwestern.com/2020/05/27/city/evanston-juneteenth-celebration-set-to-virtually-honor-black-residents-amid-the-pandemic/ 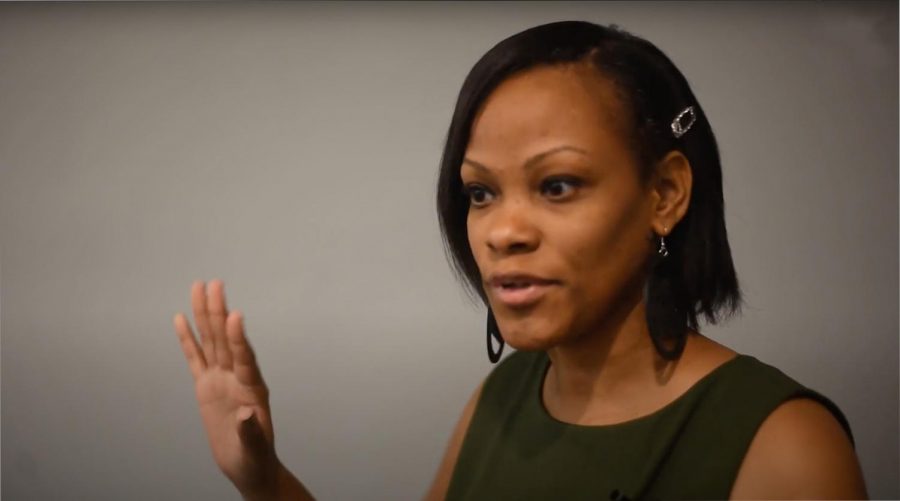 Evanston Present and Future owner and founder Kemone Hendricks dreamed of seeing Evanston residents march through the streets in the city’s first Juneteenth parade. When the pandemic hit Evanston, Hendricks had to put her dream on hold.

The city was scheduled to hold the parade on June 19, but Hendricks had to cancel the in-person event because of the public health risk the parade presented. However, she refused to completely postpone Juneteenth and will hold the parade online, with assistance from local event planning business Bon Events.

“This is extremely important to me,” Hendricks said. “(COVID-19) is affecting the whole world right now. Juneteenth is something that can be celebrated by the whole world.”

Juneteenth commemorates the end of slavery, honoring the date federal troops arrived in Texas on June 19, 1865 and brought news of freedom to America’s remaining slaves. The Emancipation Proclamation had been issued over two years prior, but the order to free slaves wasn’t followed in parts of the deep South.

The first annual Juneteenth Parade/Celebration will feature performances and a presentation on the holiday’s history by Shorefront Legacy Center founder Dino Robinson. Tim Rhoze, artistic director of the Fleetwood-Jourdain Theatre, will also present a community play reading the following day.

Robinson said he applauds Hendricks for her decision to transition the celebration online and livestream the event over Facebook and YouTube.

“This is something that can be recorded, and people can view it at any time,” Robinson said. “It has a global reach to it. Doing it virtually provides new excitement and new ways to engage community.”

Hendricks organized a celebration for the holiday last year, and said she wanted to organize the parade after she realized many attendees did not understand the history behind the holiday.

While nearly all states, including Illinois, recognize Juneteenth as an official or ceremonial holiday, assistant professor of African American studies Tracy Vaughn-Manley said the federal government should mark the date as a national holiday.

“We are a part of the American fabric,” Vaughn-Manley said. “The whole notion of racism and oppression is as much a part of American history as anything else.”

Ald. Robin Rue Simmons (5th) said celebrating Juneteenth is essential as the city works to acknowledge its history and address systematic discrimination against black residents through its reparations fund.

Rue Simmons, who will give an opening speech on the first day of the virtual celebration, said she hopes the celebration uplifts Evanston’s black community during a pandemic that has highlighted inequalities impacting black residents.

“The data shows that the COVID-19 pandemic is devastating the black community,” Rue Simmons said. “All the more reason why we should take a few hours to celebrate a community that has proven resilient and capable and vibrant and influential in this diverse community we all share.”

Hendricks said the parade can also serve as an educational opportunity for children who might not learn about Juneteenth in school. She organized a dance performance by Evanston youth with Chicago-area choreographer Dani Jo Williams, and plans to compile clips of performances from individual dancers for the online celebration.

Hendricks said it’s been uplifting to work with children at the open dance auditions and see their curiosity for Juneteenth grow.

“Once you’re engaging a child with something they enjoy doing like dance and combine that with an extremely important education factor, they’re amazed,” Hendricks said.

The late Hecky Powell was scheduled to share his recipe for Juneteenth strawberry soda, a classic drink served to celebrate the holiday.

Powell, who had been planning the event with Hendricks, died on Saturday. Hendricks said she plans to honor his contributions to the city’s black community through a tribute video during the virtual celebration.

Hendricks said Evanston Present and Future will also honor Powell through social media campaign “30 Days of Juneteenth,” where activities will be posted to the parade’s Facebook event every Friday in June. The posts will also commemorate Powell’s legacy.

By celebrating the holiday, Vaughn-Manley said she hopes the black community reflects on the progress they have made on the way to achieving true equality.

“It’s important to find those glimmers of hope, of resilience and of progress,” Vaughn-Manley said. “But we have not achieved full freedom yet. This pandemic is a reminder that African-Americans continue to experience social and economic oppression. We still have a great deal of progress to make.”