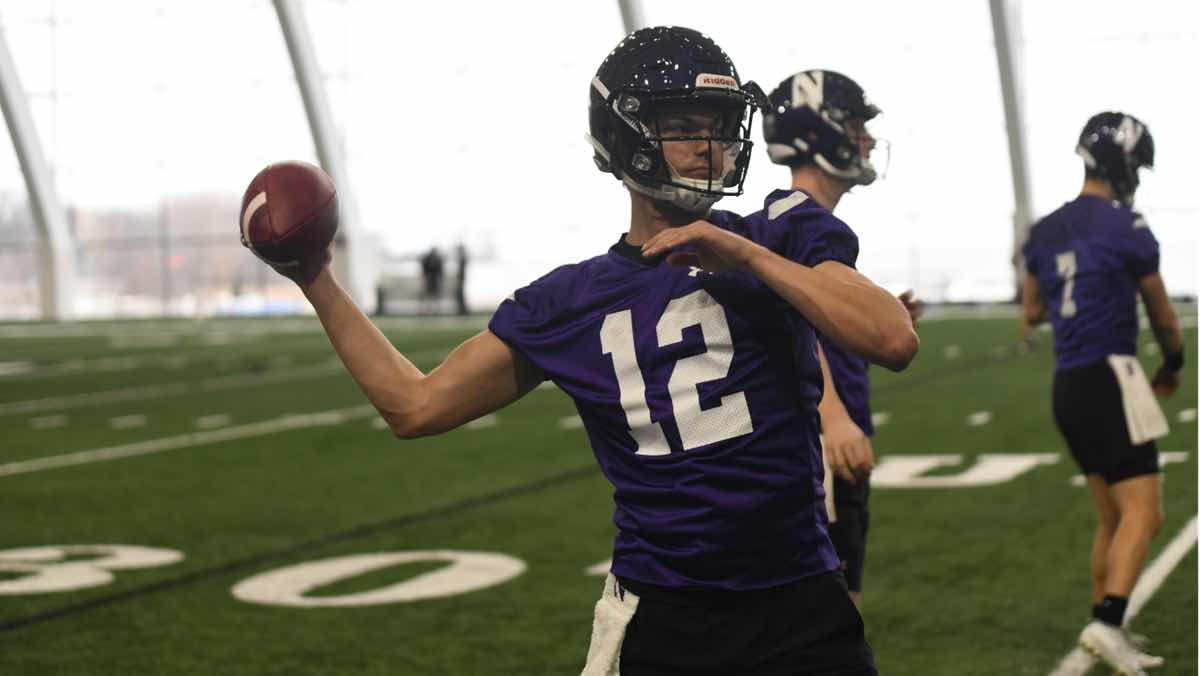 Carl Richardson throws a pass at one of the Wildcats’ spring practices. The quarterback graduated high school early to enroll at Northwestern in January. (Source: Northwestern athletics)