The Daily Northwestern • May 25, 2020 • https://dailynorthwestern.com/2020/05/25/campus/desi-american-women-fight-period-stigma-during-asian-pacific-american-heritage-month/ 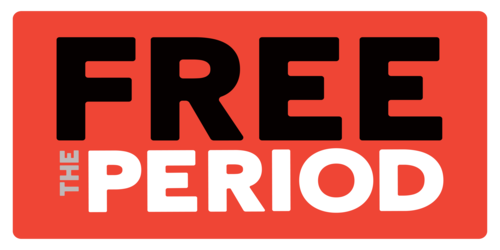 PERIOD at Northwestern’s online petition advocating for free menstrual products in Illinois homeless shelters. At the time of publishing, the petition had over 500 signatures.

Meghna Gaddam, Samanvi Kanugula and Mahie Gopalka are the three Desi-American women behind PERIOD at Northwestern fighting for an end to period stigma in their culture and the state of Illinois.

The social-media based student organization started after Gaddam, the organization’s founder and president, attended a Policy Bootcamp with PERIOD, a national nonprofit that spreads education and menstrual product donations to stop period poverty and stigma.

Gaddam then started an online petition to advocate for menstrual rights. Illinois has relatively progressive menstrual access laws — the state eliminated its tampon tax and requires all schools to provide free menstrual products — so the Weinberg sophomore chose to focus on an issue being exacerbated by the current pandemic: the availability of menstrual products in homeless shelters.

According to the petition, many homeless menstruators often must decide between a pad or a meal and experience health issues from using products longer than recommended or using substitutes such as socks.

“When we did more research, we realized homeless shelters, especially now, need products more than ever before,” Gaddam said. “There’s really no one advocating for them. We decided it would be cool to push this petition (and) try to make some noise.”

She reached out to Weinberg sophomores Kanugula and Gopalka, who, like Gaddam, are studying global health and share the common experience of periods and menstrual health being stigmatized in South Asian culture.

“I see (the stigma) and it’s obviously so painful to see,” Kanugula said. “Gaining more awareness of the PERIOD movement has taught me to embrace that and stand up for what I believe in, even if those conversations are hard to have.”

Due to the economic hardships caused by the coronavirus pandemic, they focused on financially accessible forms of digital advocacy ─ publishing fact sheets on Instagram, launching Tweet-storms to get the attention of state legislators and holding digital letter writing campaigns.

From there, the page took off.

The petition soon gained over 500 signatures. Gaddam said the group received support from Planned Parenthood of Illinois and Niya Kelly, the state legislative director at Chicago Coalition for the Homeless. Last Friday, they were contacted by Illinois Lieutenant Gov. Juliana Stratton to let them know her office was documenting all the emails they had received about the petition.

“That was a moment for me when I was like, ‘This is more than sharing a post on Instagram or sending someone a link and asking them to sign,’” Gopalka said. “This is a real thing, and we’re trying to contact and make a change and push forward people who are going to hand-make that change.”

Besides support from institutional leadership, Gopalka, the vice president of logistics for PERIOD, said the three students were “blown away” at the response from other students. The Illinois native said the group received support from students across the state, whether or not they were affiliated with Northwestern.

PERIOD hopes to continue as a student organization once instruction resumes on campus. The national organization has three pillars that each chapter can choose to focus on: advocacy, service and education. Gaddam said much of PERIOD at Northwestern’s work has been confined to advocacy because of remote learning, but she and Kanugula said they hope to hold more education- and service-oriented events — such as donation packing parties and awareness meetings — once on campus.

For now, they’re focused on promoting their petition and coordinating donations to shelters and nonprofits in and around Evanston. The group recently processed an order for 1,000 pads to be donated to Sarah’s Circle, a local nonprofit focused on serving women experiencing homelessness.

Gaddam, Kanugula and Gopalka have always been passionate about menstrual rights, but remote learning and shelter-in-place orders in their home states of California and Illinois gave them the opportunity and the free time to start the organization.

Kanugula, vice president of operations, said the pandemic caused an “existential crisis” because she felt moved to help others, but couldn’t find a way to do so from home. When Gaddam reached out to her about PERIOD, she found her solution.

“That’s what fuels me to keep going, that urge to do something to impact the world positively as much as we can right now,” Kanugula said.

Gopalka said most recently, she was inspired by former President Barack Obama’s commencement speech on NBC where he cited the pandemic as proof that adults don’t always have all the solutions. She said PERIOD is an example of youth utilizing their power to affect change.

“It’s given me a newfound confidence, in that your age doesn’t matter,” Gaddam said. “It’s just about being passionate and starting somewhere and doing something. As long as you believe in yourself and you mobilize people to believe in the cause, you can get it done.”