The Daily Northwestern • May 22, 2020 • https://dailynorthwestern.com/2020/05/22/campus/following-the-rejection-of-fossil-free-nus-divestment-proposal-experts-have-doubts-regarding-the-long-term-viability-of-fossil-fuels/

Following the rejection of Fossil Free NU’s divestment proposal, experts have doubts regarding the long-term viability of fossil fuels 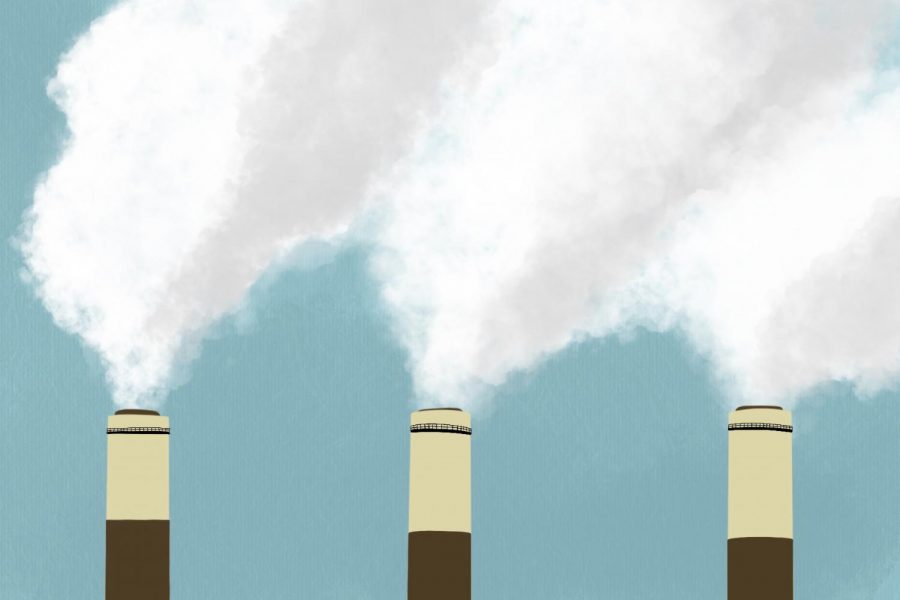 In February, the Investment Committee of the Board of Trustees rejected Fossil Free NU’s divestment proposal. However, experts have doubts regarding the long-term viability of fossil fuels from both an economic and environmental point of view.

In February, the Investment Committee of the Board of Trustees rejected Fossil Free Northwestern’s divestment proposal, saying the proposal did not meet the divestment criteria outlined in the Statement on Investment Responsibility.

“The Investment Committee does not believe the proposed divestment would generate tangible and positive change toward FFN’s goals related to climate change,” the statement made by the committee regarding the decision said. “The recommended sale of Northwestern’s holdings in these firms would not have any impact on the ability of the targeted companies to conduct their businesses.”

Despite the University decision, experts have doubts about the long-term viability of fossil fuels, both economically and environmentally.

Economics Prof. Mar Reguant said although the use of fossil fuels is a “bad idea” from a climate perspective, people will want to continue using them in the absence of alternatives.

“It will depend quite a bit on the innovations that we see that can be cheaper substitutes physically to fossil fuels, but I’m pretty hopeful because some of the technologies are improving very fast,” Reguant said. “So my hope is that because of the pressures of climate change, innovation will be fast enough that at some point, fossil fuels will not make sense even from an economic point of view.”

Reguant added that many universities divested from coal as soon as it was “fairly economical” to do so and hopes something similar will happen with fossil fuels.

Jeff Henderson, the associate director for marketing, communication and education for Northwestern’s Institute for Sustainability and Energy, also said the world will continue to use oil and natural gas in the long run, at least as long as it has no efficient substitute.

Henderson added that although oil and gas will remain a “large part of the conversation” in the long run, coal will go away because it is able to be replaced by renewable resources.

Economics Prof. Mark Witte, Northwestern’s director of undergraduate studies in economics, said the world will eventually have to “walk away” from about 80 to 90 percent of coal reserves, 50 percent of natural gas reserves and about 35 percent of oil reserves because the world cannot handle more carbon emission otherwise.

He added that although some believe it’s possible to sell all the natural gas and oil under the ground, in reality, the world can only afford to burn one-fifth of the available reserves, making the future value of oil, coal and gas stocks “grim.”

He compared the situation to a game of musical chairs — many people will end up sitting on the ground, disappointed at not being able to market the reserves they originally thought they could sell.

Witte explained that university investment in fossil fuels has “historical parallels” to the Civil War, in that slavery was also an integral part of the economy at the time, but people eventually stood up against slavery — just like individuals will likely stand up against the use of fossil fuels.

“I’m not saying that it’s immoral to pump gasoline out of the earth or anything like the way slavery was immoral, but it is the sort of thing where a whole bunch of people have something that they think is going to be profitable, has been profitable,” Witte said. “And we have to say no, we have to fundamentally stop doing that.”

Witte noted that universities that profited from slavery in the past are now very embarrassed about it — he believes something similar will happen with universities that did not divest from fossil fuels and profited off carbon emissions.

The world needs to make the transition from the use of fossil fuels “for our future and for our own sake,” Reguant added. She said not only should Congress pass more aggressive climate policies in addition to companies increasing innovation, universities should also take steps to reduce their impact on the environment.

“If Congress is failing at passing ambitious climate regulation, I believe universities should still make their decisions and take into account the bad effects of fossil fuels, even if they are not properly taxed in the economy,” Reguant said. “I do believe that universities could take on that mission, even if the economics don’t quite line up.”