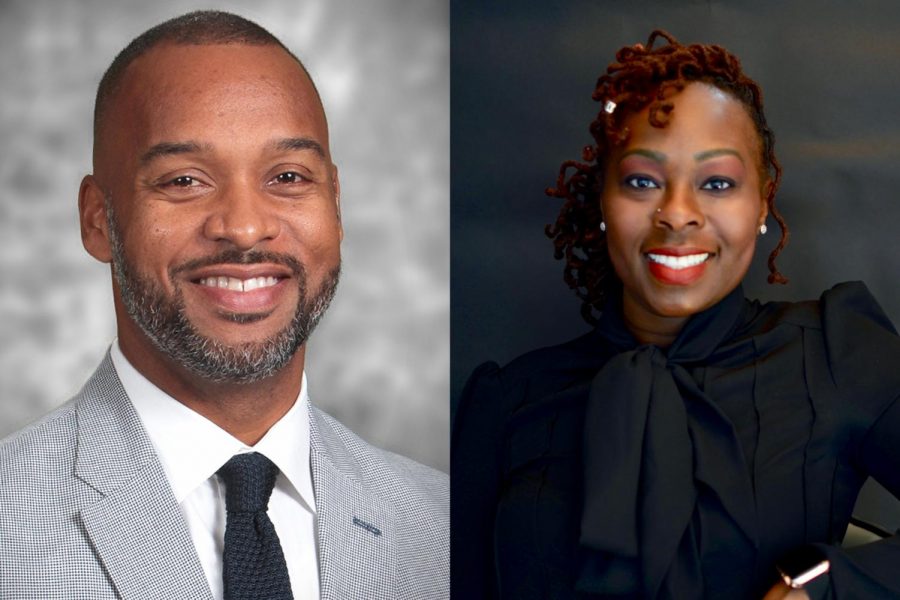 Christopher Latting (left) and Amber Henderson (right) will join the district on July 1.

Two new principals were unanimously appointed to schools in Evanston/Skokie School District 65 at a Monday school board meeting.

Henderson currently serves as the assistant principal at Roberto Clemente High School in the Chicago Public School system. She also leads her school’s culture and climate team, which prioritizes implementing restorative and trauma-informed practices, according to a news release.

Henderson will succeed Jeffrey Brown, who has been principal at King Arts since 2008.

“It is a privilege to join an astounding community of talented and steadfast staff, students, and parents,” Henderson said. “I am confident that through our collaboration and communication, we will achieve amazing success.”

Latting, a principal at Isaac Singleton Elementary School, has 14 years of teaching and administrative experience. He started his career in education as an eighth grade science teacher at Dirksen Junior High School.

Latting will succeed Kathy Roberson, who has been a part of the Haven community for over 20 years.

“Mr. Latting has the keen ability to build strong, trusting relationships with students, staff, and families,” said co-interim superintendents Phil Enhardt and Heidi Wennstrom in a statement to the Haven community. “Mr. Latting has the experience and ability to collaborate and engage with the community to create and uphold a clear vision and focus for the school.