The Daily Northwestern • May 20, 2020 • https://dailynorthwestern.com/2020/05/20/city/legal-aid-attorneys-anticipate-eviction-avalanche/ 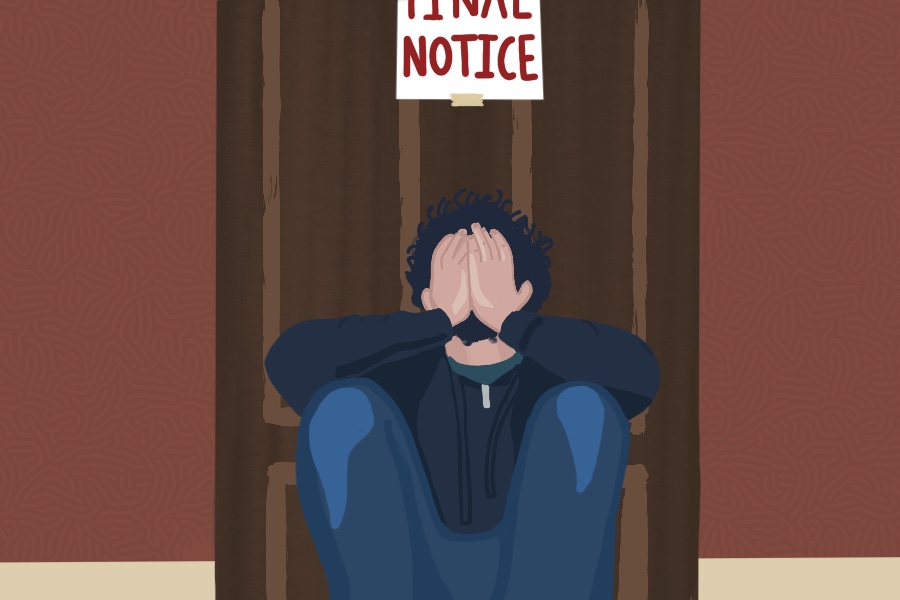 Tenants’ rights lawyer Megan McClung hasn’t been getting a lot of calls from tenants about eviction lately. Starting March 17, the Circuit Court of Cook County postponed most civil and criminal proceedings in response to the COVID-19 pandemic.

But when the courts reopen – which could be as soon as June 1 – McClung, her colleagues, tenants’ rights advocates and city officials anticipate a massive glut of eviction orders filed by landlords against tenants in Evanston and Cook County. The orders threaten to overwhelm legal aid attorneys and put an unknown number of tenants out of their homes.

“It’s the calm before the storm,” McClung, who works at the James B. Moran Center for Youth Advocacy, said.

One-third of tenants nationwide were unable to make a full rent payment in May, up from 25 percent in April, according to survey data from Apartment List.

A series of executive orders signed by Gov. J.B. Pritzker, as well as the Coronavirus Aid, Relief, and Economic Security Act have so far protected tenants by delaying eviction proceedings.

But the governor’s orders provide no rent relief, and the CARES Act offers only limited support. As a result, tenants who can’t make up missed payments will be vulnerable to eviction orders from landlords.

Tenants are at a disadvantage in Cook County courts: In Chicago, 60 percent of evictions filed between 2010 and 2017 ended in a ruling in the landlord’s favor. According to Mark Swartz, executive director of the Lawyers’ Committee for Better Housing, which compiled the data, Evanston likely has comparable numbers.

Pro bono attorneys worry their services will be overwhelmed once the bottleneck of cases breaks. Sheryl Ring, legal director of fair housing nonprofit Open Communities, said she expects to try dozens of cases once the courts reopen. Open Communities already has a waitlist for legal services.

The number of cases is expected to be particularly sizable. In addition to cases stemming directly from the pandemic, attorneys await a backlog of eviction cases that were not filed or did not go to trial prior to the courts closing.
Landlords filed for 257 eviction orders in April 2019. In April 2020, only 13 cases were filed, according to Conor Malloy, project director of the Lawyers’ Committee’s tenant support tool Rentervention.

Amid the pandemic, the Mass Eviction Defense Project, a collaboration between more than a dozen legal aid agencies, has begun to compile a guidance package for tenants to defend themselves in eviction court, and will shortly begin training “community navigators” to help tenants and landlords negotiate missed rent without legal action. The Lawyers’ Committee and Metropolitan Tenants Organization already offer similar services throughout the city of Evanston.

DeVon said it is the priority of these groups to find resolutions that don’t end in court. Eviction proceedings, he said, have always been a poor solution for landlord-tenant disputes.

“What we need to do is help tenants and landlords come to an agreement,” he said. “Evictions and displacements upset and cause bigger problems in the long run.”

“We’re doing everything we can to plan,” Flax said.

Some attorneys expressed hope the staggered expiration of gubernatorial and federal action will help stem the tide of cases.

Pritzker’s most recent executive order concerning evictions, which prohibited landlords from filing eviction orders under most circumstances, is set to expire with the governor’s 30-day disaster proclamation, the latest of which was issued April 30.

The CARES Act, however, placed a 120-day moratorium on eviction orders for tenants residing in properties covered by a federally backed mortgage. That provision expires July 25; about half of all home loans in the United States are guaranteed by the federal government.

On Friday, state lawmakers offered a plan to cancel rent payments for 180 days through an expansive amendment to a bill first introduced in February. The amendment could also offer a host of other protections for tenants and homeowners. The General Assembly reconvenes Wednesday for the first time since March 5.

Swartz noted several measures could further push back the swell of eviction orders, such as the governor extending the disaster proclamation another 30 days or the chief judge further postponing opening the courts.

“Generally speaking, we think there are going to be an avalanche of evictions, but they will happen in due course,” Swartz said.

But other experts emphasized the size of the caseload, comparing it to the foreclosure crisis surrounding the Great Recession.