The Daily Northwestern • May 19, 2020 • https://dailynorthwestern.com/2020/05/19/ae/lights-camera-action-campus-performance-based-groups-adjust-to-producing-shows-and-staying-connected-remotely/ 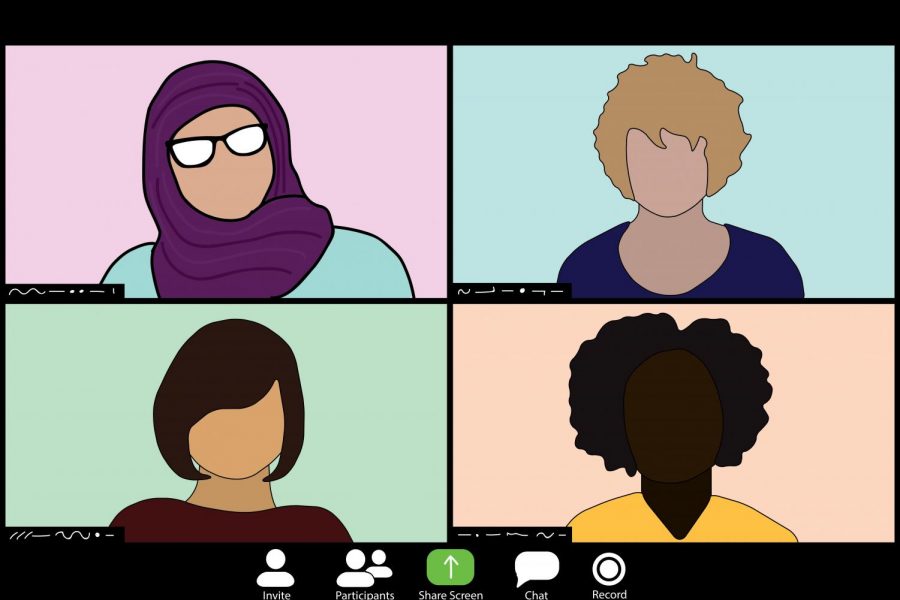 A remote Spring Quarter means that Northwestern’s many performance-based groups find themselves unable to perform shows as planned.

Achieving perfect harmony, picking up on subtle movement cues and establishing a cohesive rhythm — these are all common practices within a performance group.

Yet due to a lack of physical space, time zone differences and Zoom lags, a remote Spring Quarter leaves Northwestern’s many performance-based groups unable to perform shows as planned.

Jacquelyn Tepper, a Communication senior in Refresh Dance Crew and Fusion Dance Company, said making the choice to perform depends on the individual needs of the members. She said groups have to compromise between those who want to put on the show and those who cannot fathom working on choreography.

This means that there is great variety among each group’s performance plans. Refresh, whose spring show was originally scheduled for May 22 and 23, decided to transition to a remote performance for which dancers could send in videos.

This past Saturday, Freshman Musical held a Facebook livestream version of “Catch Me If You Can.” Rachael Dec, a Communication first-year and lead in the production, said doing a virtual reading was a great way to keep the beloved tradition alive.

“Being able to reach out and communicate with everyone on the team and the cast over the past few weeks has been like a great reminder that we’re still a community of people,” Dec said. “We can still make art with each other and enjoy working on things together.”

Yet other organizations will not get to see their hard work come to life. Fusion, TONIK Tap and Dale Duro Latin Dance Company are a few of the many dance groups that have canceled performances. Weinberg first-year and Dale Duro member Sofía Stutz said it is difficult not having something to show for the group’s hard work.

Cassie Stevens, a Weinberg senior and president of TONIK Tap, echoed this feeling of loss.

“I was heartbroken to not have a show because TONIK has been my main extracurricular at Northwestern for all four years and something that I really poured myself into,” Stevens said. “It was really, really sad not to be able to have that sort of closure.”

In the midst of cancellations, groups are exploring more unconventional platforms to showcase their talents. It is not uncommon to see advertisements for Fusion or Refresh open classes on Instagram or videos of past performances.

A capella group Brown Sugar is using TikTok to feature individual members and is working on releasing a virtual arrangement, president and Weinberg first-year Riya Kumar said. She said TikTok is easy for the group to use to edit together compilations of members no matter where they are.

Kumar also stressed that the importance of using these platforms is to maintain the family aspect of the group.

Weinberg first-year and Northwestern Raas co-president Anika Nerella echoed the need for her dance team to maintain bonds remotely and said connecting over Zoom was a way to cope with the lack of physical connection.

For Nerella, talking with other Raas members and knowing that they are dealing with the same problems she is has helped strengthen their bonds.

“My relationship with members of the team and the team as a whole has been even stronger having to get over this geographical barrier,” Nerella said.