The Daily Northwestern • May 18, 2020 • https://dailynorthwestern.com/2020/05/18/city/as-business-as-usual-remains-a-long-way-off-cw-market-ice-cream-parlor-remains-a-source-for-basic-necessities/

As “business as usual” remains a long way off, C&W Market & Ice Cream Parlor remains a source for basic necessities 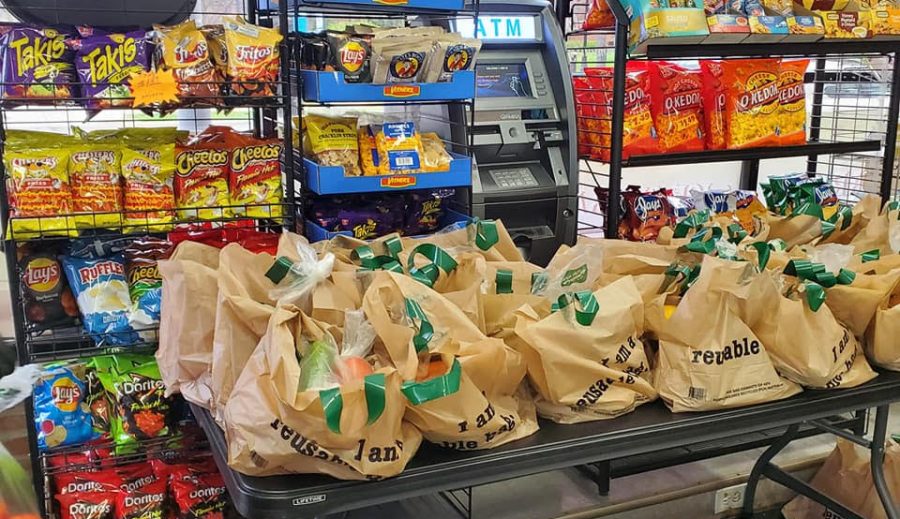 Ask Clarence Weaver, owner of C&W Market and Ice Cream Parlor, what his best-selling item was in March and he doesn’t have to think about the answer: toilet paper.

As news about the coronavirus pandemic became dire, Weaver said a rush of customers arrived at the store on a mission to collect paper goods and cleaning supplies. It was early March, before a single case had been reported in Evanston, but Weaver knew COVID-19 was about to erase the phrase “business as usual” from his vocabulary.

Considered an essential business, C&W Market, located at 1901 Church St., has continued to stay open through the pandemic.

But C&W Market has lost about 85 percent of its sales since the pandemic began. Located across the street from Evanston Township High School, Weaver said students and faculty used to shop at the market every day. Residents would also stop by while visiting the neighboring stores.

Weaver said the decline in sales has a tremendous impact on the business both now and in the future.

Meleika Gardner, owner of Evanston Live TV and member of E-Town Sister Circle, described C&W Market as a staple in Evanston. Gardner said the corner of Church Street and Dodge Avenue was once considered “sketchy,” somewhere parents told their kids not to go. However, when the market opened, perceptions about the area changed. Gardner believes this is because of the Weavers and the safe haven they created through their business.

“We absolutely cannot lose C&W,” Gardner said. “There’s just no way. The Weavers and their market mean too much to the community.”

Sales being down has not stopped C&W Market from lending a helping hand to the community.

The market has partnered with E-Town Sister Circle and Jennifer’s Edibles to provide groceries to Evanston’s senior citizens. Weaver said it pledged to serve the community when it opened in 2014, which is more important now than ever.

C&W Market also works with Evanston Aid, a volunteer-run mutual aid organization, to connect D65 families with resources during the pandemic. Rosa Sriver, a co-organizer for Evanston Aid along with Ismalis Nuñez, said food insecurity is a serious concern during the pandemic, but not a new issue for some residents.

“If you don’t have to think about food, you can focus on other things,” Sriver said. “The need is there, and it’s only going to get worse before it gets better.”

A challenge C&W Market has dealt with is applying for coronavirus relief loans through the U.S. Small Business Administration. Weaver was told his application was in a queue and would be dealt with on a first come first serve basis, but two weeks later, his bank told him it has no record of his application.

“The federal government took care of big businesses first,” Weaver said. “Now it’s trying to tell small businesses that it hasn’t forgotten about us. But what happened to the money that was supposed to be ours in the first place?”

Weaver said the process of applying for loans is frustrating, and now, C&W Market is back at square one. He plans to follow up with his state representative about the issue and recently started a GoFundMe page to raise funds for the business and its efforts.

“We’re committed to being long-standing,” Weaver said. “That means we have to make some adjustments right now and hope we’re hitting the target.”