The Daily Northwestern • May 18, 2020 • https://dailynorthwestern.com/2020/05/18/campus/northwestern-engineering-synthetic-biologists-aim-to-create-one-step-diagnostic-test-for-covid-19/ 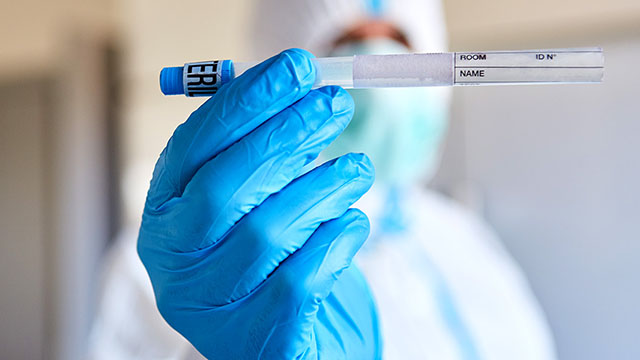 A team of professors from the Northwestern Center for Synthetic Biology recently received funding to develop an easy one-step diagnostic test for COVID-19. They hope to have it done by fall in preparation for the predicted resurgence of the virus.

McCormick prof. and associate chair of chemical and biological engineering Julius Lucks is the principal investigator of this project. Lucks has teamed up with fellow Northwestern Center for Synthetic Biology members Michael Jewett, Joshua Leonard and Niall Mangan to see it through. They have also partnered with Stemloop Inc., a startup company that spun out of CSB, in which Lucks is involved.

The test’s diagnostic mechanism is based on a biochemical reaction undergone by CRISPR-based biosensors, allowing it to detect the viral genome and read out its presence, Jewett said.

“In many ways, when you look at cell-free synthetic biology approaches to detect viral pathogens, there are several CRISPR biosensors out there,” Jewett said. “And so, we are trying to be inspired by these efforts to further advance diagnostics.”

The test is based on the concept of cell-free synthetic biology diagnostics — which Lucks and Jewett’s labs had already been working on — with the “big picture” being the ability to monitor the cell environment, Lucks said.

Lucks explained that natural cells possess “molecular machines,” many of which act as biosensors to allow the cell to constantly sense and measure changes in its environment. With synthetic biology, Lucks said he and his team can essentially “take that machinery out” of a cell and reengineer the biosensors to function in a test tube with “the same power of what nature can already do.”

Once they complete this rewiring process, Lucks said the lab can optimize those “machines” and configure them to detect “the things we really care about.” In the past, his lab has applied this concept to detecting chemical contaminants in water supplies. Now, they hope to apply it to detecting COVID-19.

“Our goal is to create a test that enables simple operation and can be accomplished with minimal skill, even at places at work,” Jewett said. “So the idea is, how can you create just a couple-step test that gives results in tens of minutes, is highly sensitive and specific for the buyers, and does so in an inexpensive way.”

The researchers hope to have this test ready by fall to help combat the predicted resurgence of COVID-19, Jewett said. He added the team is hoping the test can be distributed without “cold chain logistics” — meaning it doesn’t rely on reagents and components that have to be stored in freezers — to allow for broader distribution and decentralized and local testing.

The team is currently working through three ideas for the test, recently seeing promising results from one after finding it worked on a model target, Lucks said. He added the team has not tested the other two ideas yet, but it is close to testing the first idea on the SARS-CoV-2 genome target.

“We’ve got very promising early steps 一 there’s lots of work to be done still,” Lucks said. “We’ve also been writing as many grants as possible to give us the money to do this work and (we’ve been) establishing partnerships.”

Lucks added his team currently has a partnership lined up with Feinberg School of Medicine so it can gain access to real clinical viral samples to test when it is ready.

Kirsten Jung, a graduate student in Lucks’ lab working on the project, said she is impressed with how much the team has already accomplished, as lab work only started about two weeks ago.

“One of the coolest things about this project is our effort (and) ability to come together,” Jung said. “It’s kind of really amazing things that we were able to accomplish in such a short amount of time with this many people.”