The Daily Northwestern • May 18, 2020 • https://dailynorthwestern.com/2020/05/18/campus/as-remote-learning-continues-student-startup-looks-to-connect-tutors-to-students/ 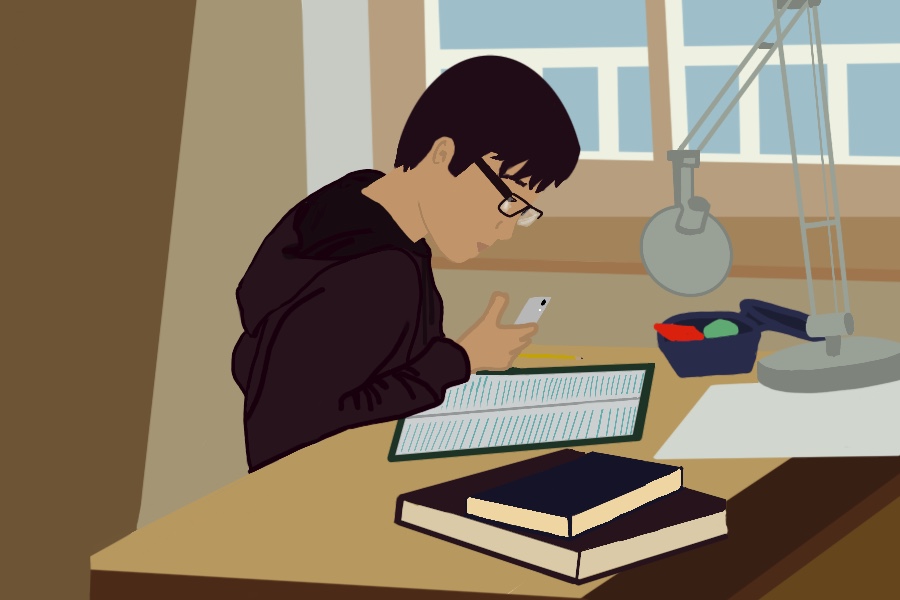 The new app, built collaboratively by an MIT student and two Northwestern students, uses a ‘one problem at a time’ setup to help tutors teach what they know.

Last fall, Grant Gregus decided he’d try to make some extra cash by tutoring on the side. He applied to be a Chegg tutor, sending the education site his transcript and information: senior at the Massachusetts Institute of Technology, studying physics. A few weeks later, he received a rejection email.

Gregus said it didn’t make sense, but it put a thought in his mind: there’s a huge gap between who has the skills to be a tutor and who actually has access to teaching students. The idea for SocraTeach was born.

This March, Gregus started working on the SocraTeach app in earnest, collaborating with his brother Scott Gregus, a Pritzker first-year, and Bharat Rao, a McCormick senior. The app has two newly functional sides — one allows students to upload pictures of individual problems, the other gives tutors a feed of those problems to choose from and solve.

“Right now, as class content switches online, learning is being done in smaller pieces,” Rao said. “People are learning in bite-sized five-minute videos, or bite-sized packages of problems. So why don’t we take that concept and apply it here?”

That per-problem setup is what makes SocraTeach unique, Rao said. The barrier to entry for teaching is erased — users can sign up, connect the app to a Stripe payment account, and thumb through a Tinder-like queue of problems. The app currently pays $2.00 a question, with categories for computer science, economics, math, biology, physics and chemistry.

The project received seed funding from an MIT entrepreneurship fund, and its first test came courtesy of a 400-student math course at the school. Of those students, 50 signed up, enabling them to remotely ask peers for help with problems. The company is currently based at 1871, a startup accelerator in Chicago.

The app is operational, but the team is still testing, working to fix bugs and flesh out features. They’re also determining how best to monetize the platform, all while looking forward to what the app could become. One vision is as an aide in classrooms, where students could be assigned to teach their peers over the app.

Grant Gregus said when he initially shared his idea for a tutoring marketplace, people found it interesting but weren’t blown away. Then, coronavirus shifted remote learning into the spotlight.

“Now, when we introduce the idea to somebody who we want to be a higher-up person who we can look to ask for advice, these people automatically take to the idea,” the founder said. “They’re into it, because they can see, just like everyone else does, that school is not going to be the same anymore.”

One of those people was Robert McBride, a school superintendent in Lockport, Illinois. McBride (Weinberg ‘88) knew Rao and the Gregus brothers before SocraTeach — he was principal of Naperville’s Neuqua Valley High School when the three attended.

McBride has dealt with moving his district to online teaching during the crisis and said one of the main issues he’s noticed is that many students simply don’t show up for virtual classes. He said apps like SocraTeach, with notifications and crowdsourcing, will help “bring more students to the table in a virtual world.” However the crisis turns out, he said, remote teaching will continue in some ways.

A major concern with online tutoring services is cheating — in recent weeks, various universities have investigated students’ use of Chegg for help with exam questions. The SocraTeach team plans to discourage cheating with moderators in some cases and double-upload flagging in others, all while establishing a clear anti-cheating message, Rao said.

McBride, while he doesn’t endorse cheating, said that assuming students can’t access any information online seems like “teaching in the wrong direction.” He said he’s a proponent of building knowledge together and taking advantage of chances to learn through collaboration.

“What this app ultimately will do as they move it forward, it just creates an expectation of students being engaged themselves,” McBride said. “And anything that does that, I think, grows learning.”