The Daily Northwestern • May 15, 2020 • https://dailynorthwestern.com/2020/05/15/campus/marie-newman-talks-medicare-for-all-election-at-qa-session/

Marie Newman talks Medicare for All, election at Q&A session 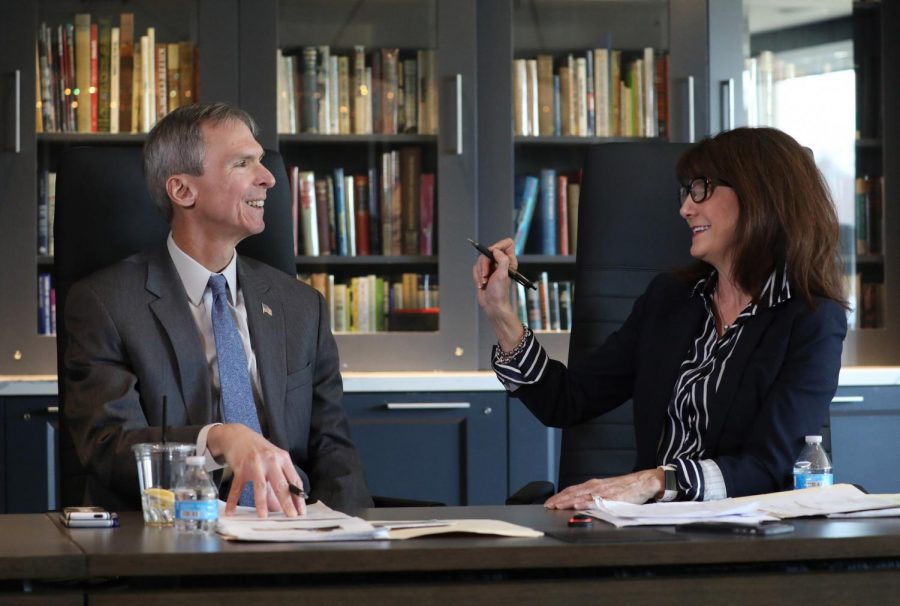 Newman is a Chicago native and former entrepreneur who defeated incumbent Dan Lipinski (D-Western Springs) in the March Democratic Primary for Illinois’ 3rd District representative. She has been endorsed by Chicago politicians including Rep. Jan Schakowsky (D-Evanston) and Mayor Lori Lightfoot, as well as fellow progressives such as Rep. Alexandria Ocasio-Cortez (D-NY).

NU College Democrats president and McCormick sophomore Ayesha Prashanth said the organization was really excited to bring Newman to the event because of her inspiring primary election story. She added that many young progressives, including those on Northwestern’s campus, support the issue positions that Newman advocates for, such as Medicare for All and the Green New Deal.

“We hope that these speakers serve to inspire students to both vote and be active participants in their community, even while we are stuck at home,” Prashanth said in a text interview.

While reproductive freedom is a significant part of her platform, Newman also emphasized healthcare and economic responses to the COVID-19 pandemic in her answers, as well as the upcoming 2020 election, encouraging her audience to vote for Democratic presidential candidate Joe Biden, saying he would be better than current president Donald Trump.

“(Biden) doesn’t agree with some progressive things,” Newman said. “But he is partnering with (Sen. Bernie Sanders)… We’re already seeing that he’s moving towards Medicare for All. That’s huge.”

The pandemic exposes the health care system’s weakness and economic frailty in the United States, Newman said. Despite some voter opposition to the implementation of a taxpayer-funded health insurance program, Newman said Medicare for All is the solution.

She argued that Medicare for All would have provided faster solutions, quicker access to supplies and coverage for everyone.

Newman also said institutional racism is one of the reasons why black, Latinx and Indigenous communities experience high percentages of coronavirus deaths.

The candidate also noted the importance of addressing coronavirus-related problems such as economic inequality.

According to the U.S. Bureau of Labor Statistics, the unemployment rate in the United States rose to 14.7 percent in April. Since many people are not receiving unemployment benefits quickly enough, Newman said, the Paycheck Protection Program is a practical solution.

Newman said the two most important issues for her campaign are healthcare and economic equity. She brought up her defeat in 2018 and attributed her success this year to mobilizing more volunteers and delivering her platform better.

NU College Democrats programming director and Weinberg junior Adam Downing said the event had a very personal feeling to it.

“Being able to see Marie Newman in her home, talking to us — I think it’s something we don’t get to see very often,” Downing said.

Downing said College Democrats wanted to do something to engage the student body during quarantine, considering that there are students who love discussing politics.

Medill first-year and former Daily staffer Dan Hu attended the event and said the most interesting part for him was virtually meeting the candidate.

“It’s likely that she will become the representative of the 3rd District,” Hu said. “It was really cool to see what she’s like… it’s humanizing.”