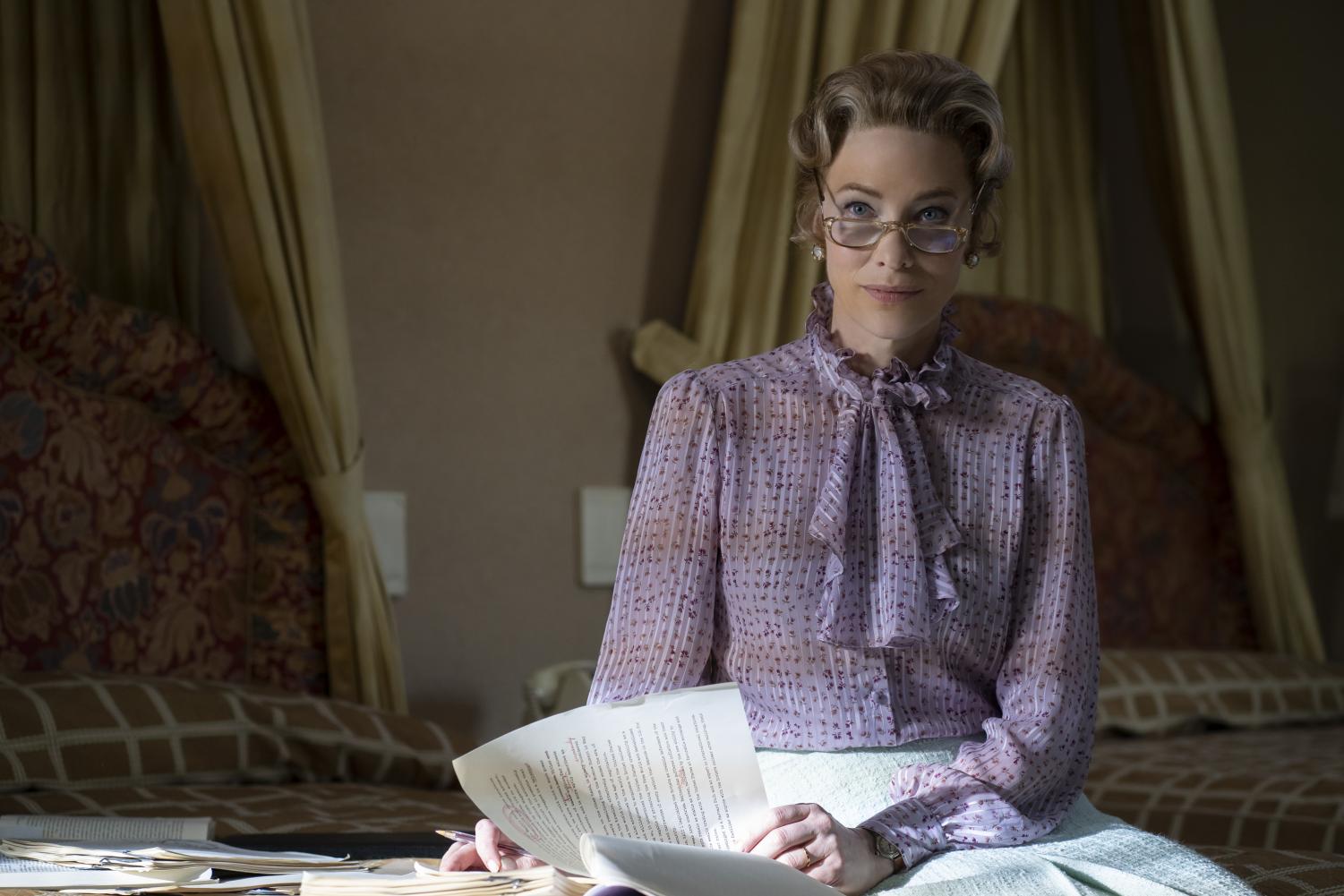 Cate Blanchett in “Mrs. America.” The Hulu/FX miniseries recounts the tracks the equal rights amendment movement of the 1970s. (Courtesy of FX)

Cate Blanchett in “Mrs. America.” The Hulu/FX miniseries recounts the tracks the equal rights amendment movement of the 1970s.

Reel Thoughts: Mrs. America is a mirror to unfinished business

I don’t like shows or movies that reimagine history, because it reminds me of what we could have had. But if writers of historical cinema decide to stick strictly to the version of history, the narrative feels uninspired. If they decide to change the course of the historical events completely, the storytelling feels indulgent and privileged.

“Mrs. America” is somewhere in the middle. The Hulu-FX original, co-directed by filmmaking duo Anna Boden and Ryan Fleck as well as Amma Asante, Laure de Clermont-Tonnerre and Janicza Bravo, is a sweetened, condensed version of the Equal Rights Amendment movement in the 1970s. The miniseries premiered on April 15 and releases episodes every Wednesday.

The amendment, which promoted constitutionalized equal rights for “men and women” at the time, was originally submitted by suffragette Alice Paul in 1923. It was revived and brought to the House of Representatives by former congresswoman Martha Griffiths (D-Mich.) in 1970. Subsequently, after passing through the House and the Senate, the amendment was sent to the individual states for ratification within a seven-year deadline.

“How long do we give people to adapt to change?” Gloria Steinem (Rose Byrne) says in the miniseries. As history would demonstrate, give them more than seven years. Maybe half a century, or more.

As of now, the Equal Rights Amendment is technically “unfinished business,” as it did not have the three-fourths state ratification by the deadline of 1979, with four states adopting legislation that rescinded the ratification.

Since then, there have been efforts to extend or eliminate the ratification deadline. The movement has persisted, adopting a strategy to ratify the amendment in remaining states. Just last December, Rep. Jackie Speier (D-Calif.) reintroduced a bill to remove the ratification deadline. So it’s timely, especially during a presidential election year, that Hulu and production company FX would release a miniseries exploring the key figures of the movement.

Although the show focuses on a different ERA activist every episode, none of them are the show’s primary leads. Instead, the writers center the story around Illinois native Phyllis Schlafly, who led conservative opposition to the ERA. Schlafly, played by THE Cate Blanchett, is the antifeminist answer to Steinem, Uzo Aduba’s Shirley Chisholm, Tracey Ullman’s Betty Friedan, Margo Martindale’s Bella Abzug and more.

Armed with an agenda to keep women in the house, Schlafly’s army of conservative, older and mostly white women protest the ERA at statehouses. Schlafly herself becomes somewhat of a cultural motivator, whose legacy far surpasses that of her lawyer husband. The feminist organizers and Schlafly want opposite outcomes, but they use similar proccess of grassroots advocacy to achieve them.

Similarly, the series is good at depicting lesson-like parallels. When the Southern constituents of the STOP ERA movement begin integrating racism and white supremacy into its message, Schlafly remains united with them. On the other side, Chisholm, Steinem and Abzug balance party unity, faced with a Democratic convention that favors the establishment white male candidate.

It also shows that discord existed within a movement often characterized as unilaterally liberating. Tensions between Steinem and Freidan simmer throughout the episodes. The feminists initially support Chisholm’s presidency but end up heeding to the establishment candidate, only to be stabbed in the back.

The acting from the women headlining the series is uniformly great. Blanchette impeccably portrays Schlafly as a politically shrewd but pitiful woman. She remains ironclad and compliant by the blatant misogyny she faces from her male associates and even her husband, one of the blandest g-men I’ve ever seen. Aduba’s acting gives even more significance to Chisholm’s perseverance in her semi-symbolic presidential candidacy (“power concedes nothing”).

However, the writing is prone to giving cheesy and unnecessary lines to Byrne, who characterizes Steinem as a postmodern, slightly naive and internally conflicted woman who wants the best for everyone.

“We can’t afford to alienate our male allies,” Abzug says in the “Shirley” episode. “We finally got our foot in the door and now you want us to kick it down?”

Steinem responds: “Serves them right for making us wear heels.”

After watching that scene, I Googled some interviews Steinem gave in the 1970s, and she doesn’t serve one-liners. This portrayal also sidesteps some of the more questionable moral judgments that Steinem made.

The series also glosses over the fact that the activist collaborated with the Central Intelligence Agency — the same institution that launched an espionage project to surveil the Black Panther Party, Women Strike for Peace (founded by Abzug) and for decades settled gender discrimination complaints.

It’s not in the showrunners’ interest to depict that, though. The show is otherwise mostly candid about the faults of both the feminists and STOP ERA organizers and dynamics within each group, which is refreshing. However, it spares too much sympathy on the latter for the sake of parallelism, undermining Schlafly’s racist practices (hint: if you mobilize racist people for a single-issue vote that particularly impacts women of color, you’re racist too).

It’s also pretty clear (maybe too clear) that it tries to teach a moral lesson about how the debate surrounding electability, party unity and dissent always ends in the victimization of marginalized identities. It’s a lesson that a lot of us already know all too well –– one only needs to look at the 2020 election to see how little has changed from the Democratic Party of the ’70s to the Democratic Party of today.

—Reel Thoughts: Portrait of a Lady on Fire only needed the female gaze