La Cocinita fights COVID-19 one empanada at a time 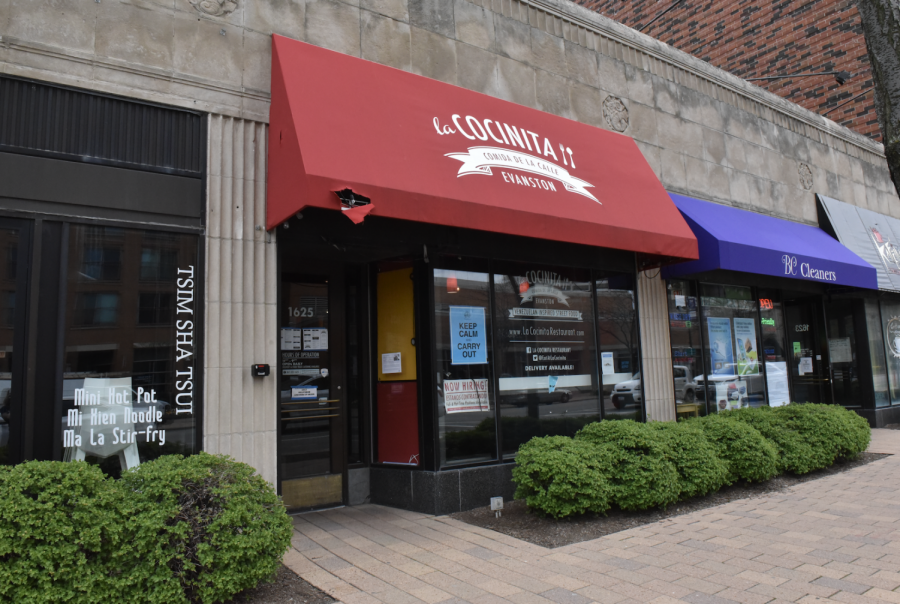 La Cocinita, 1625 Chicago Ave. The restaurant is one of over 30 businesses that has received a loan during COVID-19 from LEND, a student-run microfinancing organization.

It all started with arepas.

Crunchy on the outside, but steamy and soft in the middle, they’re stuffed with cheese, butter and any other flavor a diner desires. In Caracas, the Venezuelan capital city where Benoit Angulo grew up, “areperas” — vendors that fry, bake and grill the cornmeal cakes — line “la Calle del Hambre,” a culinary destination with a name that translates to “Hunger Street.”

One night in New Orleans, Angulo couldn’t get the Venezuelan street food off his mind. He had just worked a long evening shift with Rachel Angulo, née Rachel Billow, and there were no late-night options in sight.

The couple married a few years after opening their first food truck in New Orleans in 2011. Now, they run La Cocinita, a restaurant with two food trucks and a location in Evanston, 1625 Chicago Ave, as well as in New Orleans’ Pythian Market.

Amid the coronavirus outbreak, the couple has embraced philanthropy, sending the restaurant’s breakfast empanadas and Carribean Bowls to front line workers fighting the global pandemic.

As of this week, Rachel said La Cocinita has raised funds to deliver over 2,500 meals to essential workers. The restaurant has sent food to NorthShore University HealthSystem hospitals and the Evanston Police Department.

On Monday, La Cocinita made its second round of deliveries to the Evanston Fire Department, delivering 25 meals for a promotion celebration. A special offering accompanied each dish — cards that an Evanston mother and daughter had drawn by hand.

“This isn’t just a nice appreciative gesture,” Rachel said. “(It’s) critically important for them to have nourishing meals and sustenance to get through their days, and allow them to really give this their all.”

La Cocinita’s efforts have picked up star sponsorships. In a challenge called “Cast It On,” the cast of NBC TV show “Superstore” donated 150 meals through the Angulos’ kitchen. The Chicago Fire soccer team and a law firm in the city have also made bulk donations to finance La Cocinita’s first responder support deliveries, Rachel said.

Through it all, La Cocinita is still serving the Evanston community with regular meal delivery and curbside pick-up.

Patty Fallon, an Evanston resident and a longtime customer, said her toddler loves looking through La Cocinita’s kitchen window to watch the steak sizzle, vegetables saute and arepas fry. La Cocinita was one of the first restaurants Fallon visited when she moved to the city with her husband two years ago.

The couple has tried every type of arepa on the menu, but Fallon said she likes the restaurant’s beef-and-plantain combo the most. According to Fallon, good plantains are hard to find.

“It’s a great spot, and it’s really become one of our go-to places,” Fallon said. “The staff is always super nice.”

With the help of its donation campaign and some federal funding, La Cocinita has retained its employees, but Rachel said the donations are slowing — and government funding will lapse soon.

“People are really being wonderfully supportive of our restaurant, and of small businesses in general right now,” she said. “But the impact this will have on our businesses will unfortunately last far longer than the eight-week period the government had foreseen.”